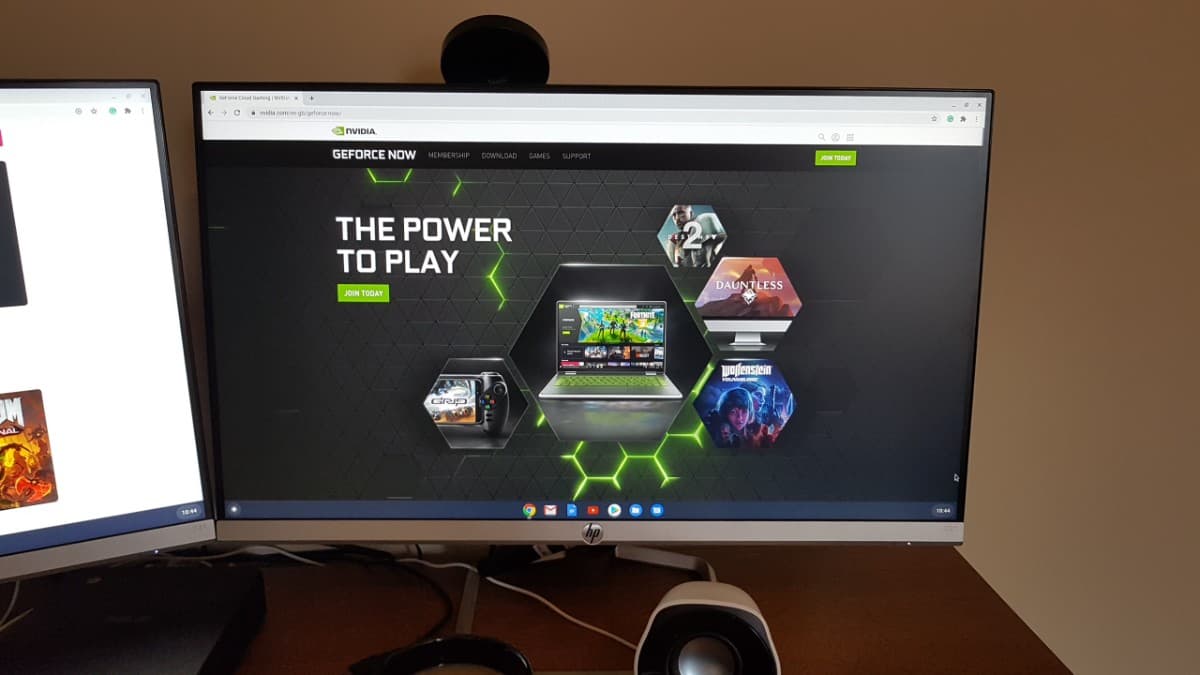 One issue for anyone looking to buy a Chromebook is whether you can play games. Until recently, you could only play Android app games on Chrome OS.

Luckily, this has all changed in the last few months, which is thanks to streaming services such as Stadia and GeForce Now. These streaming platforms allow you to stream games directly to your Chromebook, and it works really well.

The streaming platform I’m really excited about is GeForce Now by Nvidia. This is because it allows you to play PC games on your Chromebook. Stadia on the other hand is more suitable if you like console-style games.

I’ve been really impressed with the quality of game streaming you get from GeForce Now. The games I’ve played so far appear to work much better than they did on my Windows PC.

NOT ALL GAMES WORK WITH GEFORCE NOW

I got really excited when I realised I could play games I previously purchased from Steam and Uplay on my Chromebook. I was sort of lucky because the games I generally play were compatible.

It’s also to do with compatibility. Not all games work too well when streaming. Games that were created to be used with an Nvidia graphics card are likely to have no compatibility issues. Also, newer games are more likely to be available compared to older games.

This means if you want to play a PC game using GeForce Now you have to search for the game title. If it’s available then you’ll be able to play it on your Chromebook, but if you cannot find the game. Then you’ll know the game is not available on the service.

Although you can search for games relatively easy. If you had a lot of Steam games, It would take some time to check whether games were available for streaming.

YOU CAN NOW SYNC YOUR STEAM LIBRARY

If you’re like me you’ll most likely own a lot of games on Steam. Checking to see if all of these are compatible is time-consuming. Luckily, this is no longer an issue because you can now sync your steam games with GeForce Now.

What this means is GeForce Now will check your steam library and any games compatible with the service will be available to play. This is a much better system than how it worked when originally launched.

Once you’ve done this all of your steam games, which are compatible. Will show on your GeForce now account. At the moment the sync only works when you request it. If you buy more games on steam after you originally synced. You would need to follow the sync process again.

Since GeForce Now has been available for my Chromebook. I’ve been playing games a lot more than I did when using my Windows PC.

This is because it’s a much quicker process to get games up and running on your Chromebook. At the moment I’ve not come across a game, which does not work better using the streaming service.

If you love gaming and own a Chromebook. Then I’d definitely take a look at the new service from Nvidia. It really does mean you can now play games on your Chromebook.

The best thing is you don’t need to have a really powerful Chromebook. You can play games even if you own a budget Chromebook.