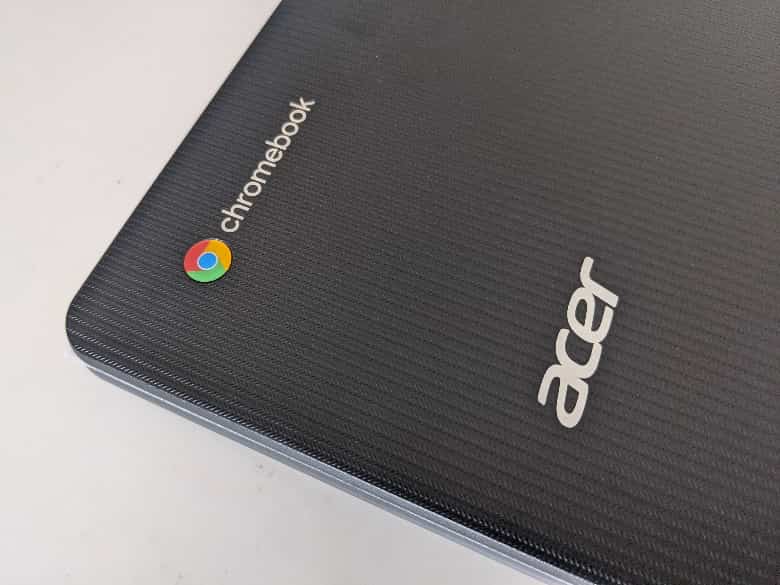 If you’re interested in buying a Chromebook and previously owned a Microsoft Windows laptop. You’ve most likely compared the specs between both types of laptops. One thing you may have noticed is the Chromebook has a lot less storage than an MS laptop. There is a very good reason for this and it’s because the Chromebook is a cloud computer.

When Chrome OS was first announced back in 2011. Nearly all of the Chromebooks that were available back then came with just 16 GB of storage. This may have appeared extremely low if comparing the storage that a typical MS laptop came with. In the early years of Chrome OS, it wasn’t possible to install programs locally. Everything was done in the cloud, so it wasn’t necessary to have a lot of storage.

This has changed in the last few years. You now tend to see budget Chrome OS computers with 32 GB. However, you’ll find more Chromebooks with storage sizes ranging from 64 GB right up to 512 GB. Even the highest storage option of 512 GB may appear low compared to an MS laptop. If this is something you’re unsure about. Then read on to find out why a Chromebook typically needs less storage space.

Using a Chromebook for internet surfing

If you’re buying a Chromebook to surf the internet, use social media or stream movies. Then you don’t need to have too much storage space. This is because you only need storage space to install programs or apps. Chrome OS comes with the Chrome Browser pre-installed, so you don’t even need to worry about how much storage an internet browser would take up.

The only time you would use your internal storage space in this situation is when you download files. Most files we download from the internet are usually low in size. Therefore, you can download plenty of files whilst surfing the internet without worrying about storage space. You can also move important files to the cloud easily on a Chromebook.

You can use a word processor or spreadsheet program on your Chromebook without having to install a program. The Chromebook works perfectly with the Google Office Suite. This suite includes a word processor, spreadsheet, slides app and many others. These can be used by visiting a web address, which means you can use all of these types of apps without installing any programs locally.

There are many other apps you can use by visiting a web address. This is what the Chromebook was made for. It is no longer the case of having to install a program for many tasks. You can simply visit a web address and do the same thing. Also, many of these apps are free to use.

When it comes to saving files you’ve created using a word processor or any other type of program. You can save these locally, which would take up your storage space. However, it’s a much better approach to save these files in the cloud. Your Chromebook comes with 15 GB of Google Drive cloud storage, which you can use for free. Therefore, you can save files in the cloud, which means no local storage would be used for saving these files.

Using Android Apps on your Chromebook

Android apps became possible on a Chromebook or Chromebox in 2016. This was the first time you could install apps locally. This is one of the reasons why we started to see Chromebooks with more storage. There are a wide range of Android Apps available and the storage they use vary dramatically.

If you are buying a Chromebook to use Android Apps. Then you will want to ensure you buy a laptop with enough storage space. A Chromebook with 64 GB is a decent amount of storage if you want to install plenty of Android Apps. You could get away with 32 GB of storage, but you may run out of space if you install too many Android Apps.

Linux Apps on your Chromebook

Linux Apps have been possible on the Chromebook for many years. However, Linux for Chrome OS has also been in beta mode. This is no longer the case and you can use Linux Apps with great results. Installing Linux Apps on a Chromebook is a little different than installing Android Apps.

However, if you feel that you’ll be installing plenty of Linux Apps. Then you may want to consider a Chrome OS laptop with 128 GB of storage or even more. You have to allocate storage space for Linux in advance. For example, you may want to allocate 20 GB to Linux. Anything leftover can be used to install Android apps or downloading files from the internet.

Future storage considerations for the Chromebook

At the moment if you want to play PC games on the Chromebook you would need to use Nvidia GeForce Now. This is a subscription service and it gives you access to a lot of PC games. However, you do need to buy these games before you can play them. These games work really well on a Chromebook because all of the processing is done on Nvidia servers. This means to use this service you’ll need a decent internet connection because the games are streamed. The advantage of this is that games are not installed locally on your Chromebook.

In the future, it will most likely be possible to install PC games locally on your Chromebook. This is because Steam is working on a Linux app. Once this is available you’ll be able to install and play your games locally. This is when you’ll need to have much more local storage space available. I wouldn’t be surprised if this means we’ll see more Chromebooks in the future with more storage space than we see at present.

It’s true that you don’t need as much local storage for a Chrome OS laptop compared to an MS Windows laptop. The main reason for this is you’ll install fewer programs. To get the most out of MS Windows you need to install programs for most tasks. This is not the case with the Chromebook or Chromebox because most things can be done online. This is what makes it a cloud computer.

Although you can now install Android and Linux apps on a Chromebook. They tend to use up less space than the type of programs you would install on Windows. This isn’t an exact science because it will depend on the type of Linux and Android Apps you’re likely to install. Find out how much RAM you need to consider when buying a Chromebook laptop.