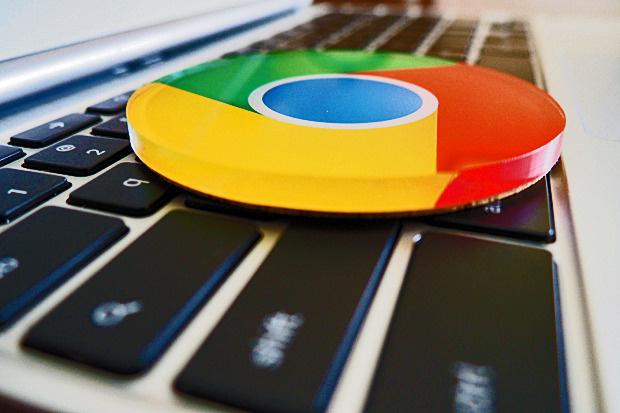 It’s been a long time since I’ve written an article about just how great the Chromebook is. The main reason for deciding to write this article was that I’ve been using my Microsoft Windows computer over the last few days. Oh my, I really had forgotten just how awful an experience it really is.

The only reason I ever use a Microsoft Windows computer today is to play games. This is still an area where some may feel the Chromebook cannot compete with Windows. This is, of course, completely true if you’re into gaming. Luckily, my interest in gaming has diminished over the last few years, so I rarely have the need to turn on my Windows PC.

WHERE WOULD WE BE WITHOUT THE CHROMEBOOK

After using my Windows PC for a few days and the utterly annoying things I used to put up with. It made me ask myself the question. Where would I be without the Chromebook?

Imagine if there was no such thing as a Chromebook. Google never actually created Chrome OS and released the first device back in 2011. Can you imagine what computer device you would be using today?

It’s unlikely I would have moved to Apple because I’m not a big fan of the company in general. I would definitely be using an Android tablet to access the internet for most things. However, if I wanted to use an actual computer, then I’d most likely still be using a PC running Microsoft Windows 10.

A few days ago I got a sudden urge to play one of my favourite computer games ‘Anno 1800’. I’ve not played this game for about four months, so it’s the first time I’ve used my Windows PC since then.

When I’m writing articles for this website I usually use my Asus Chromebox 3. It’s got the 8th generation Intel i5 processor and is blazingly fast. When I wake up in the morning I walk the dog before making myself a cup of coffee. I only decide to turn on my Chromebox when I’m ready to start writing. It takes two seconds for the login screen to appear and once I’ve entered my login details I have a browser open and ready to use within seconds.

You forget how slow Windows 10 actually is when you’ve not used it for a while. So I made the mistake of thinking I could turn it on when I wanted to start playing games. Looking back, I should have turned it on about 30 minutes before I wanted to use it.

One of the first things I noticed was how noisy computers running Microsoft Windows are. There was no second checking about whether I had pressed the power button hard enough. The noise of the fans definitely let me know the computer was up and running.

This was the first flaw I come across. Using Chromebooks for too long and you soon forget about what you had to deal with before. My Chromebooks make no noise at all when using them and it’s very easy to take this for granted. My Chromebox 3 isn’t completely silent, but I wouldn’t expect it to be with an Intel i5 processor inside. However, it’s much quieter than my Windows PC.

One thing I’ve learned over the years by owning a Microsoft computer. Is that you need to be patient, very patient. If you try to rush it, then you’ll end up wanting to throw it out of the nearest window. It just makes everything worse.

After about a minute I saw a flash on the display before it went blank again. I was just about to check the connection between the computer and monitor before a blue screen popped up. Windows 10 was downloading updates.

This is perfectly acceptable. I had not used my Windows PC for about two months, so I would expect an update to be needed. However, I did not expect it to take as long as it actually did. I’ve got a pretty fast Windows PC, so there is no reason for such poor performance other than Windows 10 itself.

It took about 5 minutes to download the updates before it suddenly restarted automatically. At last, I thought it was ready and was looking forward to some gaming. The fans were back and this time they were louder, which I guess was linked to the Windows 10 update the computer just had to cope with.

Again, I was provided with nothing else other than a blank screen. This time the blank screen lasted for about three minutes. This was really starting to annoy me because it had just finished updating. I then got another blue screen politely telling me Windows 10 was installing updates.

As the updates were installing the Hard Disk was going into overdrive. It really did sound as if my computer was going to take off. I got another black screen but knew some serious gaming was just around the corner.

The login screen took ages to appear and when it did it was completely non-responsive. I was welcomed with a beautiful picture and the time and date were showing on the bottom left of the screen. You should now be able to click your mouse button for your user profile to show where you can enter your password.

At this stage, the desktop was loaded but it took about 30 seconds for the desktop to actually appear. The hard disk was now going crazy. All of the icons started to appear, so I clicked on the Google Chrome browser, as I wanted to see how long it would take to visit a website.

The desktop then disappeared and the browser attempted to load. However, rather than me being provided with a browser I could use. I just had a white screen where the browser would eventually be showing. This was annoyingly frustrating but also very familiar. I realised this is what I had to put up with on a regular basis before the Chromebook was launched.

It took another five to ten minutes before my computer was ready to use. The hard disk had eventually calmed down and the computer started to react to my instructions. So it took about fifteen to twenty minutes to get to an internet browser that was usable. Compare that to the Chromebook that takes around 10 seconds maximum.

THE CHROMEBOOK IS GREAT

This is why I love the Chromebook so much. It’s not even because Windows 10 needed to update because it still took about five to minutes on further boot ups. If it was not for me wanting to play games that can only be played on a Windows computer. I can honestly say anything else I used to use my Windows PC for is now done on a Chromebook.

A Windows 10 computer is so slow to use that it just makes the whole experience a nightmare. I’ve now had my fix of gaming and will definitely not be returning to my Windows computer anytime soon.

There are still a huge majority of computer users who use Windows computers. I find it hard to believe that people still will not make the move over to the Chromebook.

This was the main reason for launching Chrome Computing. I want to try and get as many people to make the move to Chrome OS. I would find it very difficult to return to Windows 10 now I’ve used a Chromebook. It’s simply an inferior operating system compared to Chrome OS.