What is a Chromebase and should you buy one 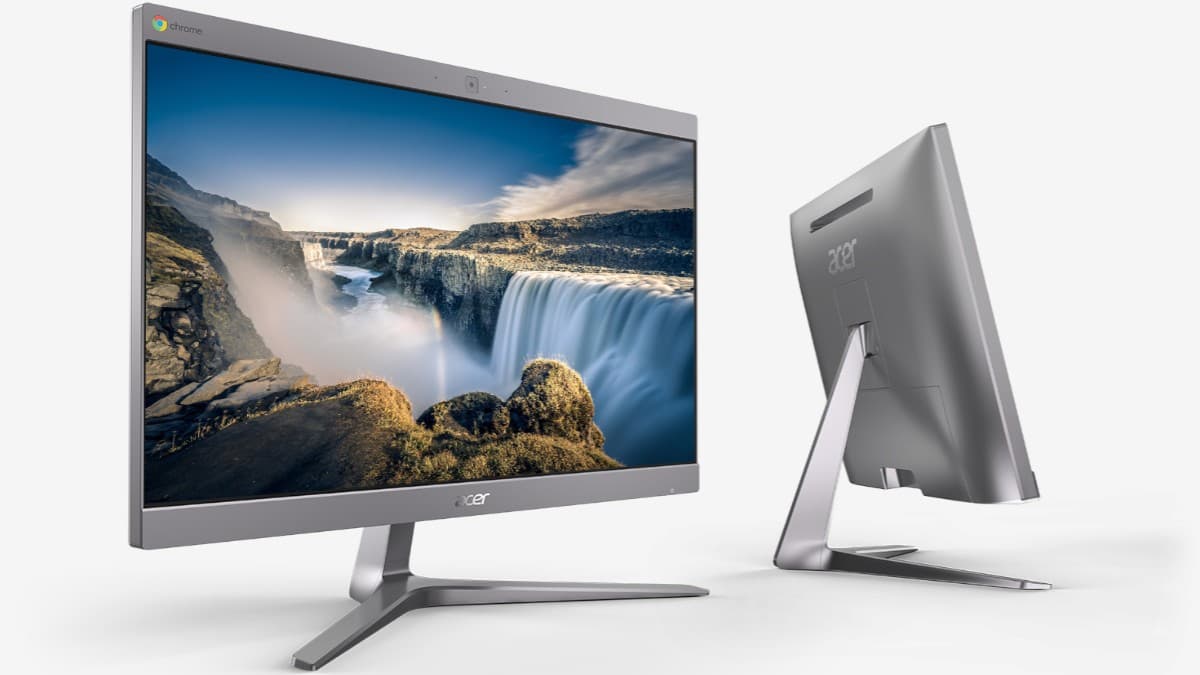 When you think of the Chrome OS operating system the first thing that will most likely come to mind is the Chromebook. In fact, Chromebook is mentioned a lot more than Chrome OS.

I guess you could see Chromebook being the equivalent of the use of PC, which is what most people mention when discussing a computer running Microsoft Windows.

PC simply stands for Personal Computer, so it could be related to a computer using any operating system. However, I think we all agree if you hear PC you’ll immediately assume they are referring to a computer running Microsoft Windows.

This is sort of where we’re going with the use of Chromebook. Although a Chromebook is a laptop. It’s become so popular that it’s generally used to describe a computer running Chrome OS.

There are different type of computers, which run Chrome OS though. Chromebook is the most popular followed by the Chromebox. One we don’t hear as much of is the Chromebase.

So what exactly is a Chromebase? Also, should you be parting with your cash to get one of these devices? Well, let’s find out in this guide to the Chrome OS Chromebase.

WHAT IS A CHROMEBASE

A Chromebase is a computer where everything is integrated. What I mean by this is the computer and the display come as one device. It’s not something you’ll have possibly heard much about when looking into Chrome OS.

If you think of Apple, however, you’ll be a lot more familiar with the concept. Although Apple makes laptops, they also sell a lot of Apple Mac all-in-one computers.

Although Chrome OS had a pretty slow start. Over the last few years, its popularity has increased rapidly. This is especially true in the United States, UK and some parts of Europe.

So I mentioned earlier when it comes to Chrome OS the most popular type of computer is the Chromebook. This makes sense because the laptop is a lot more versatile. It can be used throughout your home and is easy to take with you when travelling away from home.

I love the Chromebook and I’ve owned many over the years. However, I also love my Chromebox, which I use mainly for work and playing games. The benefit of using the Chromebox is I can use a separate mouse and keyboard and an external display.

This gives me a lot more options for the type of display I want to use in my desktop setup. You don’t get the same flexibility with a Chromebase because the monitor and computer are integrated into one device. However, you do get the option to use a separate mouse and keyboard.

I’M NOT TOO CONVINCED WITH INTEGRATED DEVICES

Personally, I’ve never been a big fan of anything, which is too integrated. It’s the same with HiFi. I’d never buy an integrated HiFi because it will never beat the sound of separates.

Also, the issue of buying something too integrated. If anything goes wrong; it all goes wrong. If you break your display, for example, the computer inside it may still be perfectly fine, but what good is that without the display?

It’s the same when you need to consider upgrades. If I wanted to upgrade my Chromebox tomorrow. I’d not need to worry about changing my monitors at the same time. So a Chromebase is more similar to a Chromebook when it comes to integration. You cannot replace a part of it, the whole unit needs to be replaced.

My Asus Chromebox 3 is only a couple of years old and is powerful enough to last for a few more years. At the moment I have two external displays connected to my Chromebox. Both of these offer a Full HD resolution of 1,920 by 1,080.

I could easily decide to upgrade my monitors from the 21-inch I’ve currently got to 32-inch offering a higher resolution. If I did this I would not need to worry about replacing my Chromebox at the same time.

When buying a Chromebase or a Chromebook for that matter, you simply don’t have this flexibility. If you want to upgrade the computer or display, you’ll need to fork out for a whole new unit.

SHOULD YOU BUY A CHROMEBASE

I need to explain something here. So far I’ve mentioned reasons why I would not buy a Chromebase. This does not mean they are not going to be right for you.

Yes, it’s true you’d have to upgrade the whole unit, but this isn’t necessarily a bad thing. It all depends on how you look at it and what you want from your computer.

The great thing about the Chromebase is it takes up very little room for a desktop computer. If you like the minimalist look then a Chromebase might be the perfect choice for you.

A few years ago I looked at the Chromebase and they looked so cheap and tacky. This put me off considering ever buying one. Today though, you can get a Chromebase, which looks pretty decent.

The latest Chromebase by Acer is incredibly sexy, which is the picture I’ve used at the beginning of this post. So would I buy one? Actually, I would definitely consider it compared to a few years ago.

If you want a desktop computer and not bothered about choosing your own external display. Then a Chromebase is definitely a computer worth considering. If you’d prefer a laptop then find out what are the Top Ten Chromebooks to buy in 2020.