What has happened to Chrome OS tablets and do they have a future? 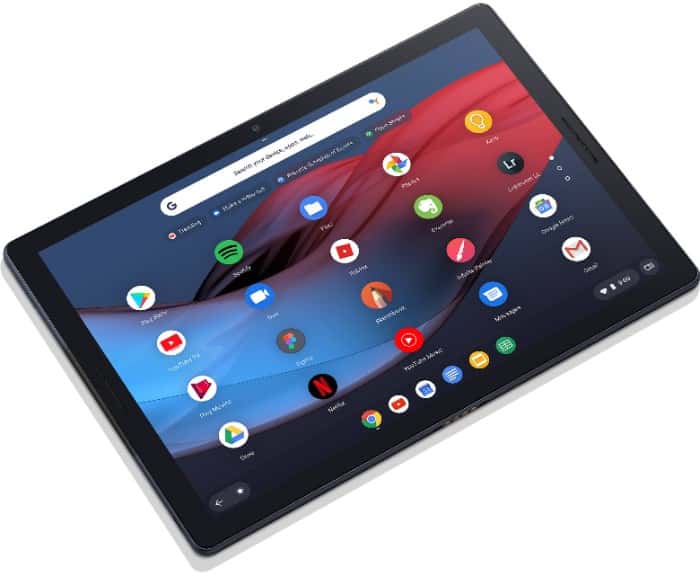 The Chrome OS operating system is used primarily on Chromebooks. There is also a good amount of users who have opted for the Chromebox because it offers something different. So what went wrong with tablets.

Chrome OS tablets a few years ago were not a good idea. This was because Chrome OS itself was not originally designed to work with tablets. Since then we’ve seen huge improvements to how tablets work on Chrome OS, but we’ve still not seen a big demand.

So what has happened to Chrome OS tablets and do they have a future? Well, let’s take a closer look to see what the future may hold.

As I’ve already touched on. Tablets were never going to be successful until the operating system had a huge overhaul. In the last couple of years, Chrome OS has seen huge improvements, which makes using a tablet a much better experience.

This was mainly due to Google being convinced tablets made for the operating system had a future. For anybody who has a Hybrid Chromebook, you can experience Chrome OS in tablet mode. You’ll notice it is much better than it once was but it still is no competition for Android.

This may be part of the problem because tablets using the Android operating system work perfectly. In fact, I love using an Android tablet when I just want to have a chilled out afternoon on a Sunday. Everything works seamlessly, which is what you’d expect from an operating system that has had years to mature.

The same cannot be said when using a tablet in Chrome OS. Although there have been huge improvements I still don’t feel you get a true tablet experience with Chrome OS. Hopefully, the operating system will continue to develop for tablets. There is, however, a sticking point. Has Google given up on tablets running on Chrome OS? If they have it’s possibly too soon because Lenovo has entered the market, but more on that later.

As of today, we’ve seen a handful of Chrome OS tablets come to market. Google’s latest attempt with the Pixel Slate was much talked about. These tablets were stunningly designed and had beautiful displays, so what exactly went wrong?

The problem is that Chrome OS still has a long way to go before it can compete against Android for tablet use. Anyone moving over from Android to Chrome OS would be in for a bit of a surprise. So although the Pixel Slate was a beautifully designed piece of kit, it means absolutely nothing unless the operating system also works beautifully.

The other issue was the price of the Pixel Slate. Yes, it was well built, nobody can argue against that. The problem is it was just too expensive. The keyboard alone sells for over £189/$159, which is quite frankly a huge amount of money for a keyboard. We all want a great keyboard to type on. Not so sure we’d all be prepared to spend that amount of money on a keyboard though.

The failure of the Slate comes down to two things. The price of the hardware and Chrome OS not being on par or better than Android for tablets.

Where Google failed HP succeeded with the HP x 2 Chromebook. As of today, this is definitely the best tablet running on Chrome OS. Sure, it’s not as powerful as the Pixel Slate but it’s cheaper for what you get.

For the price, you get a Stylus and keyboard included and this is just how it should be. There is no point bringing a Chrome OS tablet to market without including what makes it different from an Android tablet. It should be marketed as a true 2-in-1 device that can be used as a Chromebook or tablet. For it to be used as a 2-in-1 it needs to have a keyboard included in the price.

If you’re looking for a Chrome OS tablet, then this is definitely worth considering. If you’re interested have a read of the HP x2 Chromebook review. It’s available in the USA on Amazon and in the UK at Currys PC World.

CHROME OS TABLETS MAY HAVE A FUTURE

It may be too early to put Chrome OS tablets in the trash. Later in 2020 and most likely in the second quarter of the year, Lenovo will be launching a brand new Chrome OS tablet. They have taken a different route to the Pixel Slate and the HP X2. This true 2-in-1 Chrome OS device will cost the fraction of the price.

The Lenovo IdeaPad will offer a 10-inch tablet and keyboard and is expected to cost around $279/£279. This offers amazing value for money for anyone wanting a tablet and Chromebook in one device.

This is a really wise move from Lenovo. Just like when Chromebooks were originally launched in 2011. It’s important to be offering these devices at a low price. Only when the operating system becomes perfect for tablet use and people start to take interest; should manufacturers start considering bringing higher-spec models to market.