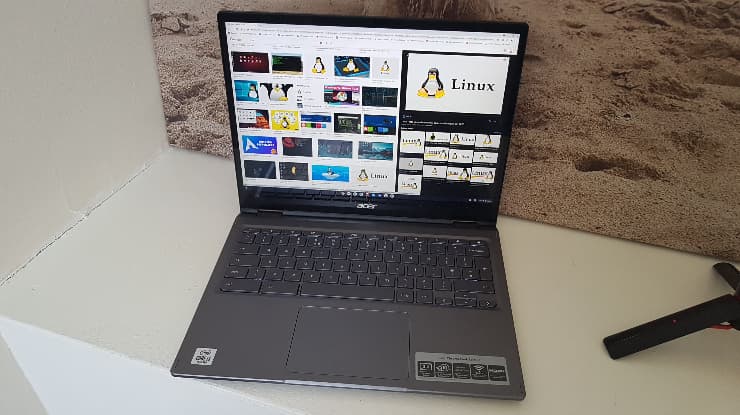 I’ve started to use Linux on my Chromebox and Chromebook a lot more in the last few months. Since Linux was out of beta mode I was happy to start experimenting more. It was fine to use during beta in the later years, but I know many people would not be comfortable with this.

Linux Apps open up a huge range of software to use on your Chromebook. If you have a Chromebook that is capable of Linux and have not yet used it. I would strongly recommend giving it a go. The great thing about Linux Apps is that most of them are free to use.

Calling them Linux apps is a little unfair. Apps are what you’d find on the play store when installing Android Apps. Linux Apps are full programs you can install locally. You can find all sorts such as Libre Office, which is a great alternative to Microsoft Office.

Linux Apps do not update automatically

Although I’m starting to enjoy using Linux Apps. Something I’ve known for many years is that Linux does not offer the most user-focused experience. Installing apps usually means having to type commands into the command line. This alone could put people off if you don’t feel comfortable working with command lines. You can of course get around this by installing a Linux App store, which I would strongly recommend.

One thing that does take time to get used to is that Linux Apps do not update automatically. Therefore, if you install apps you need to check for updates manually. This is a bit of a pain, but it is what it is. To make things more complicated. How you update your apps will depend on how you installed them.

The advantages of using a Linux App Store

There are two main advantages of using a Linux App store. If you want to know how to install a Linux App store I’ve made a YouTube video. The first is that you can find and install apps very similar to how you would on the Google Play store.

Not all Linux Apps are available from App stores

After explaining the advantages above you might be thinking why you wouldn’t always use an app store. The problem with this is that not all apps are available from the app store. In this situation, you would need to install an app using the command line or by downloading a .deb file.

Installing apps using a .deb file is very easy to install thanks to Chrome OS. You simply download the file, right-click and select ‘install with Linux’.

Using Microsoft Edge as an example

This is fine but it does mean you need to keep on top of ensuring updates are done regularly. This is extremely important with this app because it’s an internet browser. To stay safe when surfing online it’s essential to ensure any browser you use has received the latest updates.

The good news is Microsoft Edge did show up in the Gnome App store, but it wasn’t able to deal with the updates. This is most likely because the app was not initially installed using the store. It’s still good that it appears because the error message is a good way of reminding you some apps may not be receiving updates.

If you’re not experienced with using Linux Apps. Then I would strongly suggest installing apps using an app store that checks for updates. By doing this you can easily check for updates by simply running the app store on a regular basis.

The Gnome app store and Discover app store both check for updates. If updates are found they are then updated. This means any Linux apps you’ve installed using these stores will always be up to date on your Chromebook.