The Lenovo Flex 5 Chromebook is the perfect laptop 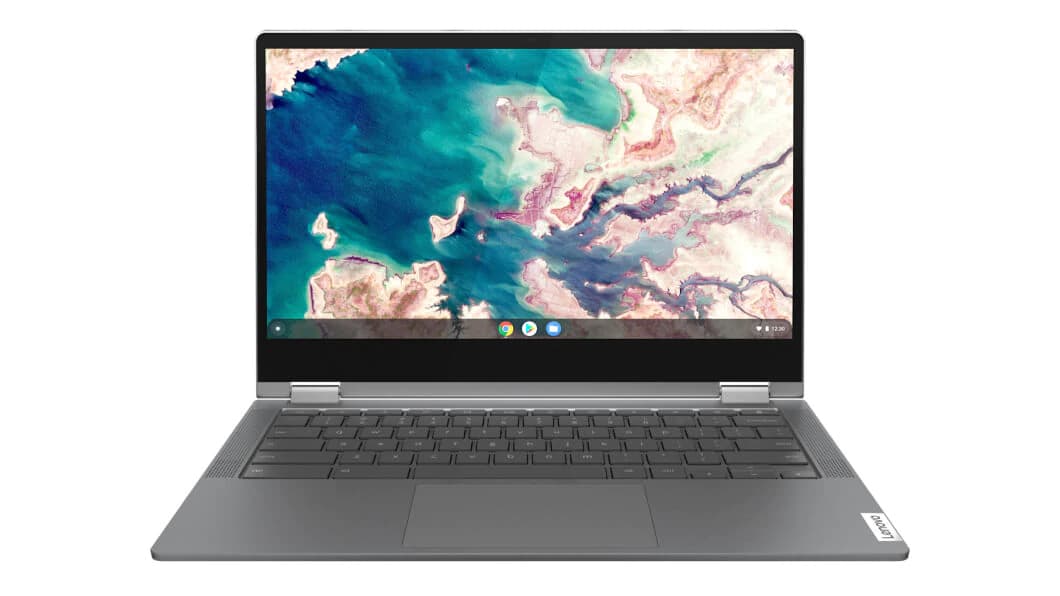 So the headline might be a slight exaggeration because I would not say it’s perfect, as most things never are. However, it’s pretty close to perfect because it offers what most users will ever need at an amazingly competitive price.

This is a really nice move by Lenovo because they are offering an alternative to the more expensive releases lately. Although it’s relatively cheap in comparison it still offers decent specs.

If we ignore the more expensive Chromebook devices recently released such as the Samsung Galaxy and Asus C436. I’d say the Flex 5 by Lenovo is a really good alternative to the Pixelbook Go.

Sure, it will definitely not win the Pixelbook Go on build quality, which is something Google is really good at. It’s also not going to beat the keyboard on the Pixel Go and the display isn’t as bright either.

Put that to one side though and what it does offer where the Pixel Go fails is a Hybrid 2-in-1 design. Whether you love 2-in-1 Chromebooks or not; it’s good to have the option. The ability to use a stylus will also appeal to a lot of people. Let’s not forget being able to add extra storage using the Micro SD slot, which was missing on the Pixelbook Go.

The build quality for the price is decent enough. It’s got an aluminium lid and the bottom of the device is also aluminium. Inside is plastic, which isn’t anything to be concerned about at the price.

The display is very good considering the cost as it offers Full HD 1,920 by 1,080 resolution. The size is 13.3-inch, which I like as it makes it more compact than some of the bulkier 14-inch laptops. The IPS panel also means you’ll not have any problems with poor viewing angles.

Depending on what you need the Chromebook for you can either opt for an Intel Celeron, i3 or i5 processor. So it’s good to see there is a choice to suit all budgets. If you like using Android apps, especially games, and waiting to see what Linux apps may provide in the future. Then you’ll possibly want to opt for the i3 or i5 version.

When it comes to memory you have a choice of either 4GB or 8GB of RAM. The only model with 8GB is the i5 version, which is another good reason to go for that model if you want good performance and worried about future-proofing.

The storage also depends on the model and it ranges from 32GB for the cheapest Celeron model right up to 128GB on the i5 version. The 32GB model is going to be pretty limited if you like using Android apps, so I’d possibly avoid that model if you can.

IS IT WORTH BUYING

Although the Lenovo cannot compete with the Pixelbook Go when it comes to build quality. It does have some advantages such as being a Hybrid design. Also, when you consider the price of this laptop. It’s going to be the perfect choice for many users.

Considering the price of this laptop. I’d say it’s definitely a good buy if you’re looking for a decent performing Chromebook at a great price.

So if you’re looking for your next Chromebook but don’t want to spend a huge amount of money. Then the Lenovo Chromebook Flex 5 is definitely worth considering.