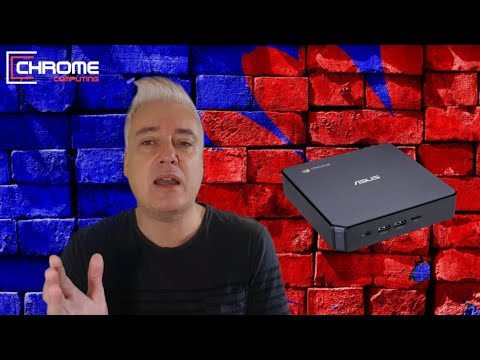 I’ve been using Chrome OS devices since they were launched back in 2011. The first device I used was a Chromebook, which you’ll most likely be familiar with. However, you may not be as familiar with the word Chromebox.

The Chromebox, however, is in fact a desktop computer running Chrome OS. It might not sound as sexy and exciting as a laptop, but don’t be fooled. The Chromebox is a great computer and is definitely something you should consider if a laptop isn’t for you.

CHROME OS IS MORE THAN JUST A LAPTOP

I have a wide range of Chromebooks around the home, but I spend most of my time using a Chromebox. This is because it’s a desktop PC, so I am sitting at my desk when using it. I’m much more productive when sitting at a desk. This means I always get much more done on my Chromebox than I would on my Chromebook.

So if you’re after a computer running Chrome OS but a laptop isn’t for you. Then you should consider a Chromebox. It offers the same functionality. The main difference is you choose your own separate display, keyboard and mouse.

Find out whether you should buy a Chromebook or Chromebox. If a desktop PC isn’t for you then take a look at the top ten Chromebooks in 2020.