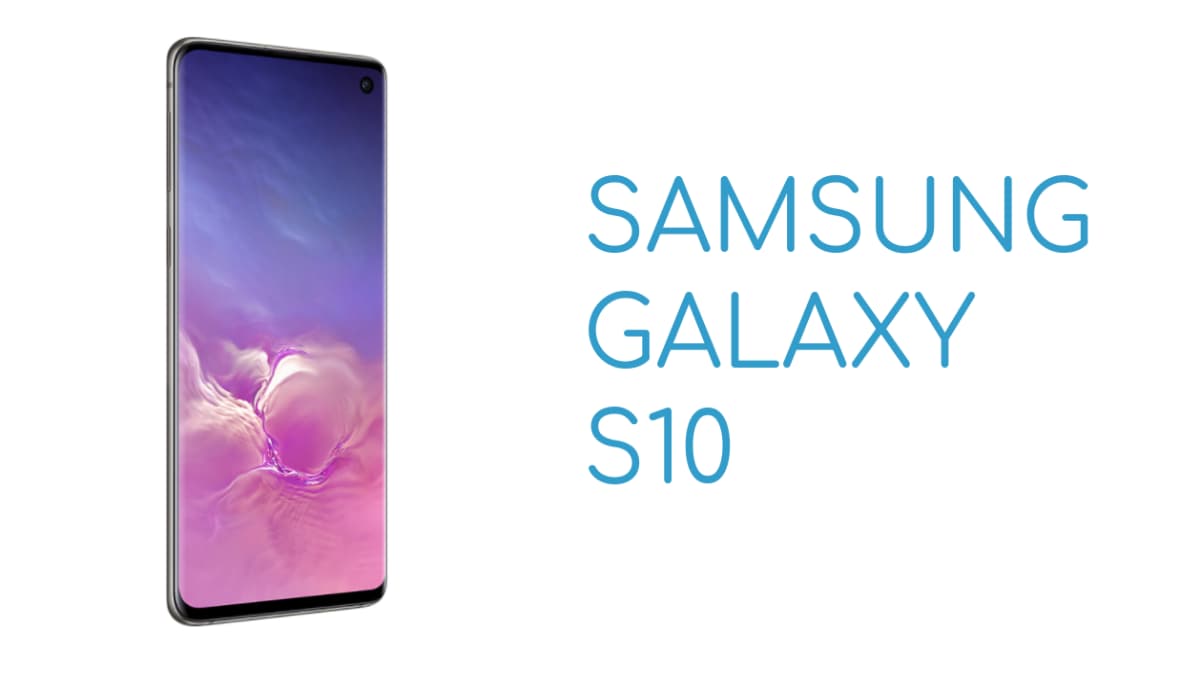 The Samsung Galaxy S10 is a high-spec and previously high priced flagship phone from one of the most popular Android phone makers. It’s been around for just over a year and its successor the S20 is now available.

So unless you’re someone who can only have the very latest of everything. Before opting for the newer S20, you should consider the S10. Why? Well, it’s still a truly amazing phone and it is of course much cheaper than it once was.

A flagship high-spec phone that has been reduced in price because its bigger brother has come along. Interested? Then read on for the Samsung Galaxy S10 review.

One thing you can always rely on when it comes to Samsung is great build quality. Even their much cheaper phones are well built, so when you buy a flagship phone from Samsung; you can expect a certain quality.

This makes sense of course because Samsung is without question the Android phone manufacturer that takes on Apple and the iPhone. If it wasn’t for Samsung I don’t think as many people would have made the move to Android.

The Samsung Galaxy S10 comes with a 6.1-inch display. What makes it stand out is the display curves at the edges. This makes the phone a ‘WOW’ phone, as it simply looks fantastic and having no bezels to contend with just adds to the ultra-cool look this phone offers.

The phone is nearly all glass as the display that covers the front of the phone edges round to the sides. There it joins with a sheet of aluminium, which then joins to the back of the phone which is also made of glass. Elegance is what you get here.

It’s also good to see Samsung opted for a hole-punch camera on the front, which basically means it takes up as little foot-print as possible. This is what makes this phone so sexy. The front of the phone is just one big display and nothing else.

The performance from the Samsung Galaxy S10 is just what you would expect from a flagship phone. This is thanks to the Exynos 9820 processor.

Whether you’re streaming HD movies or playing the latest Android games with advanced graphics. You’ll find the Galaxy S10 phone is capable of handling anything you throw at it.

This is great for gamers because it means you’ll not have to deal with Android games where the graphic quality has been reduced. It also means day to day use will be an absolute pleasure thanks to the excellent performance.

You’ll definitely not be let down by the amount of RAM you get on this phone. In fact, you could argue the 8GB of RAM is a bit of an overkill. However, if you’re into Android games that provide excellent graphics I can see the benefits to some extent.

The 8GB of RAM means you’ll never have any problems with apps having to be closed due to lack of memory. Find out how much RAM you need for an android tablet or phone. So jumping from one app to another should be pretty quick with the Samsung Galaxy S10.

The storage offered of 128GB is more than enough for most people. When you consider the majority of us surf the internet, use social media, stream videos. The amount of storage is more than enough. You’ll be able to install plenty of Android apps without any concerns.

It’s also enough storage if you like to download a lot of music from your favourite music app. This is a good thing to do if you don’t want to waste your mobile data streaming music on the move.

If you do manage to run out of space, then you’ll be happy to know the phone comes with a Micro SD slot. This allows you to easily add further storage at a later date. How much extra? Well, 512GB; now that’s a lot of storage.

The display is what makes any phone. So I think you’re really going to like what is on offer here. Not only does the curved display make it look amazing. You’re also getting a Super AMOLED display.

Super AMOLED is one of the best displays you can get on a phone right now. It provides super crisp text and the richest vibrant colours you’ll ever see on a phone. It’s without question; this display just makes you smile.

If you’ve ever used a phone with a Super AMOLED display you’ll understand what I mean. If you haven’t then you’ll be totally blown away with the display the Galaxy S10 provides.

The phone is capable of a resolution of 1,440 by 3,040, which is a great resolution for a phone. This means it packs 550 pixels per inch making everything you see super sharp.

The Galaxy S10 phone comes with three cameras on the back of the device. You get two 12-megapixel and one 16-megapixel lens.

You can take pictures in wide-angle and the optical image stabilisation helps you take the perfect picture.

If you’re into selfies you’ll be happy with the 10-megapixel camera you get on the front of the phone. The responsiveness of the phone in relation to taking photos is amazing. Instantly taken the moment you press the button, which is really nice to see.

The camera is not as good as you get on the Pixel 3, which was released around the same time. However, it’s still great and the Pixel range of phones are known for having very good cameras.

There are plenty of extra features on the Samsung Galaxy S10. I guess you’d expect that from a phone made by Samsung.

How did we ever go without a fingerprint scanner? They make accessing your phone and apps that require a password so much easier to access. The S10 on first sight may appear not to have one, but don’t be fooled.

Yes, it’s true you’ll not see a scanner on the back of the phone and you’ll not find one on the front either because that is completely taken up by the magnificent display. So where is it?

Well, this is a really nice touch on the Samsung S10. The fingerprint scanner is in fact on the front under the display, so to access the phone you press your finger on the front display. I really like this feature.

This is great if you’ve got a pair of Bluetooth headphones that you need to quickly charge for the journey home. You can turn the S10 into a charger, which can then charge other devices that need that all-important boost in power.

The phone uses Android 9 out of the box, which is no longer the latest version. However, it will still receive updates for some years to come, so you’ve got no issues with this phone being obsolete any time soon.

The Samsung S10 offers great sound quality for a phone. It always amazes me how good some phones sound. This is one of them for sure. You can easily listen to music on this phone without being disappointed with the quality.

Sure, it will not beat a pair of Bluetooth headphones, but it’s still great to know the sound quality is decent for those times you want to share your music with the people around you.

If you’re after a flagship phone but don’t want to pay the hefty price tag. Then why not consider a phone that is one year old. The thing is you’re still getting a great phone; it’s just that it has now been replaced by its successor the S20.

The Samsung Galaxy S10 is a great performer. No matter what you throw at this phone it’s going to handle it with no problems. It also comes with a whopping 8GB of RAM, which is more than enough now and in the future.

The display is utterly brilliant thanks to the Super AMOLED panel and curved edges. Not having to deal with ugly bezels around the display makes this phone look much cooler than most phones out there.

A perfect flagship phone, which you can now get at a much cheaper price. What isn’t to like with the Samsung Galaxy S10 phone. It’s simply fantastic!