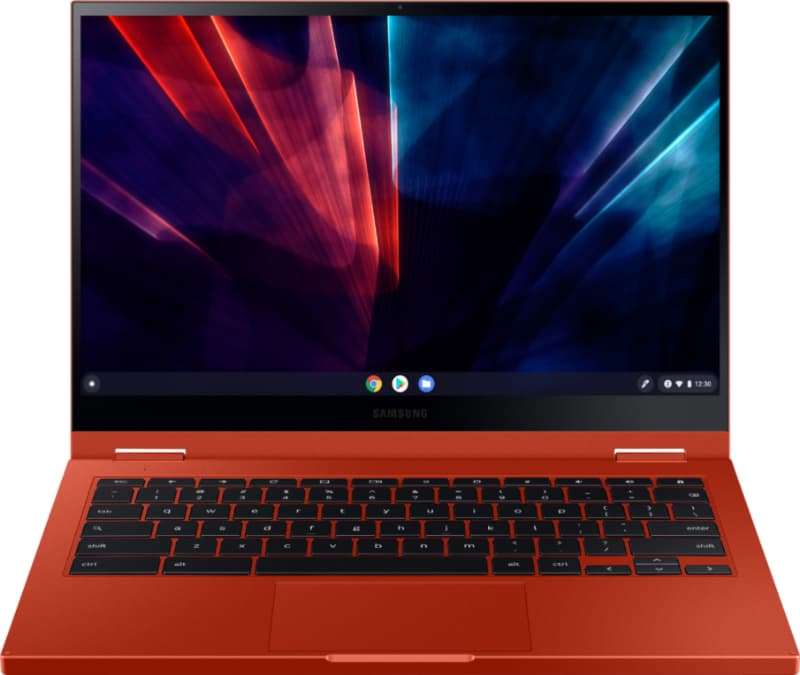 The main reason for this was because the display Samsung used in the original Chromebook was too powerful. It had a 4K display and a beautiful Super-AMOLED panel. All sounds great, but the fact this meant the battery life was impacted put a lot of people off buying it. The original is still a great quality laptop, and you should not be put off buying it if the battery life isn’t an issue. For anyone who does see battery life as important. You’ll be happy to know Samsung went back to basics with the Galaxy 2 Chromebook.

There are a couple of models available at Best Buy. One with a budget Intel Celeron processor and the other comes with an Intel i3. The Intel Celeron model comes with 4GB of RAM and 64GB of storage and is currently available for $549.00. This would be suitable for anyone looking for a laptop to surf the internet, word process, spreadsheets and streaming movies. You’ll also be able to use Android apps but some of them may take a while to load up.

The Intel i3 model offers much better specs but costs $699.00, so it will depend on your budget, which one you decide to choose. It comes with double the amount of RAM at 8GB and twice the amount of storage at 128GB. Both use eMMC storage rather than the more premium SSD. You can find out more by having a look at the Samsung Galaxy Chromebook 2 at Best Buy. This model will be able to cope with all the Android Apps and you’ll get a much quicker response when loading apps.

This is where you’ll see the biggest change compared to the original Galaxy Chromebook. It comes with a much more modest Full HD display capable of 1,920 by 1,280. That’s actually slightly higher than Full HD. It’s a 13.3-inch QLED touch screen display, so it will be perfect for using Android Apps. This is a Samsung Chromebook, so the display will still be impressive. Just not as impressive as the original. However, this should also mean you get a lot more out of the battery before your laptop needs a charge. The specs suggest 13 hours, but in reality, it will most likely be more around 9 or 10.

SHOULD YOU BUY ONE?

When looking at the Galaxy Chromebook 2 you need to forget all about the original. The drastic change in what the display offers essentially means it’s impossible to compare both devices. This was an intentional move by Samsung to help with the issues around battery life. Although a 4K display would look stunning, you don’t need such resolution on a display size of 13.3-inches. The slightly higher than Full HD resolution offered on the new model will still look great.

Also, let’s not forget you’re still getting a stunning looking laptop. If the looks of your laptop are important to you. Then this Chromebook is definitely one you should consider. I absolutely love the red body used and it still looks as premium built as the original did. If you want a Chromebook that can easily stand out from the crowd. Then the Samsung Galaxy Chromebook 2 is definitely one to consider.