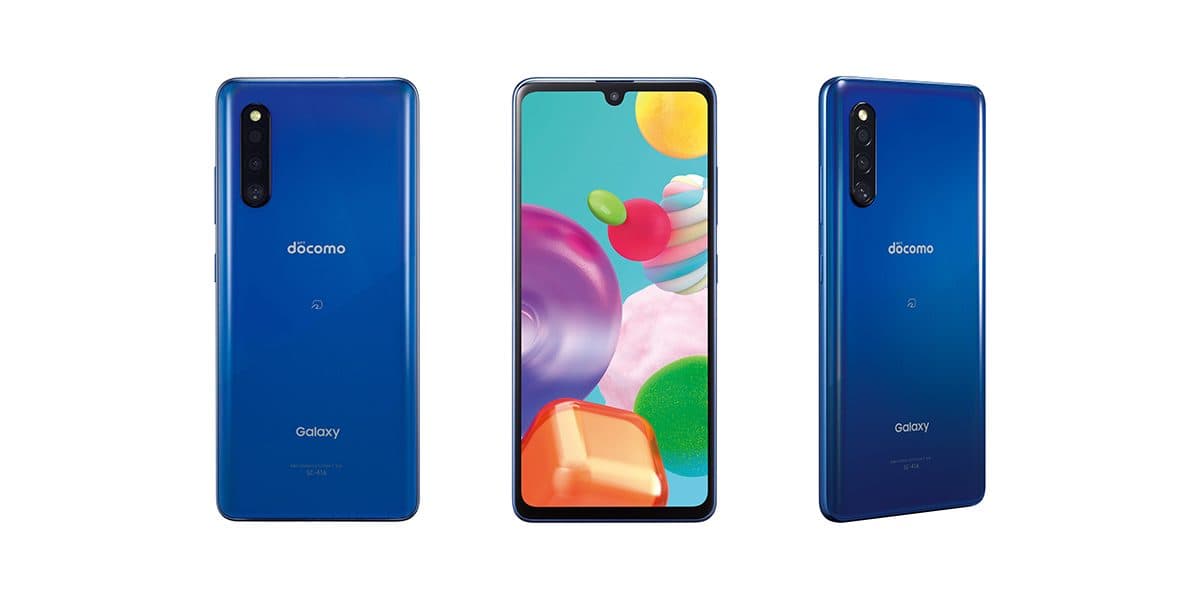 Buying a mobile phone in 2020 can be difficult. This is because there is so much choice to choose from. We usually keep a phone for at least two years, so it’s really important we get the right one.

If you’d prefer to save your money for other monthly expenses then buying a budget mobile phone is a great choice. In this review, we’ll be looking at a budget phone, but don’t mistake that with a device that does not offer everything you’ll need. So let’s take a closer look at a great budget phone in this Samsung Galaxy A41 Android phone review.

The Samsung Galaxy A41 is in a hard plastic casing. You should not let that put you off though because at this price you should not expect an aluminium body.

Even though it comes with a plastic body it’s still a well-built phone. What I really love when you consider the cost is the display takes up nearly all of the front of the phone. What I mean by that is there aren’t wide plastic borders around the display, which can make a phone look cheap.

Also, the camera takes up very little space on the front, which is really good to see. Even some flagship phones costing hundreds more have huge borders around the camera. These huge borders not only look ugly but they are also a distraction when watching a movie or playing a game on your phone.

The type of camera you get on the Samsung Galaxy A41 is called a hole-punch camera. This is because it takes up very little room, which is great to see on a phone at this price.

When it comes to performance you don’t need to worry. It’s easy to assume a budget phone is going to underperform. However, the Samsung Galaxy A41 can hold its own thanks to the Octa-Core processor.

Eight processors in the Octa-Core capable of speeds of 2GHz means you’ll be happy with the performance. Whether you like surfing the internet, streaming YouTube movies or playing Android games. The Samsung Galaxy A41 is more than capable of rising to the challenge.

This is what makes the Samsung A41 special. It may be in the budget or possibly even mid-range when it comes to price. That is where using the word budget stops with this phone though.

One thing you need to make sure you get right when choosing a new phone is the RAM and storage. After all, both have a huge impact on how you use your phone on a daily basis.

Too little RAM will impact on performance and will slow down your phone when you move from one app to the next. However, this does not mean you need a phone with too much RAM either.

A lot of flagship phones now come with 8GB or even 12GB of RAM. The thing is this simply is not needed for most of us. The Samsung A41 comes with 4GB of RAM, which is more than enough RAM for a mobile phone. Find out more about how much RAM you need from your Android phone or tablet.

The Samsung Galaxy A41 comes with 64GB of storage. Although this isn’t a huge amount of storage it’s more than enough for most people. You’ll easily be able to install plenty of Android apps without too many issues.

It’s always best if you can get as much storage as possible. This is especially true if you like to download music, so you don’t need to stream as much, which will save your network data. It’s also good to have a lot of storage if you want to record a lot of movies.

However, although 64GB of storage isn’t a huge amount of storage. When you consider the price of the phone it isn’t too bad either. For most users who use the internet, stream movies, listen to music and use social media. The 64GB of storage will be more than enough. You can add further storage as well thanks to the Micro SD slot.

There is something you always need to be careful about when buying any mobile phone and that is the display. This is even more the case when you’re buying a budget phone.

A phone can look great and perform well but if the display is poor you’ll be unhappy with your purchase. The great news is the Samsung A41 display is simply fantastic.

In fact, I’m struggling to see how Samsung can offer such a fantastic display on a phone of this price. The resolution of 2,400 by 1,080 means you’re getting an amazing resolution for the price.

It doesn’t stop there though. The display panel used by the phone is utterly beautiful. Why? Well, it’s because it comes with a Super AMOLED panel, which means beautiful crisp text and rich vibrant colours.

Just the display alone on the Samsung Galaxy A41 is a reason to be buying this phone. You’ll definitely not be disappointed. Whether you’re using social media or watching your favourite Netflix program in HD. You’ll be very surprised at the quality of the display on offer here.

Android phones have always been known for having decent cameras. In the past couple of years, they have got even better. The latest flagship phones now come with two or even three rear-facing cameras.

When you’re buying a budget phone you’d expect to just have one rear-facing camera. The Samsung Galaxy A41 has three, which is usually reserved for more expensive flagship phones.

A camera with three back-facing cameras on a phone this price. Is another reason why the Samsung Galaxy A41 is a far better camera than its price suggests. You get a 5-megapixel depth camera, 8-megapixel ultra-wide camera and the main camera comes with a whopping 48-megapixels.

This means the Samsung Galaxy A41 is capable of capturing all different types of photos. Whether that is closeups or landscapes; you’ll always be able to get the perfect picture.

The high-resolution 25-megapixel front-facing camera is perfect for taking selfie shots. It has live focus, which blurs everything around you, so you stand out in your shots. This is something you only really see on more professional cameras. Once you use this feature you’ll never want to go back to taking normal selfies.

The phone is also capable of recording videos in Full HD of 1,920 by 1,080 at 30 frames per second. This is the perfect recording quality for videos that you’ll shoot to upload to your social media.

OTHER FEATURES OF THE SAMSUNG GALAXY A41

So we’ve taken a look at the main features that you need to consider when buying a new Android phone. Now let’s take a look at the other features you get with the Samsung A41 phone.

You’ll be happy to know the Samsung Galaxy A41 comes with the latest Android operating system. Android 10 offers much more than any other version that has come before it.

It also means you don’t need to worry about your phone not being supported in a couple of years from now.

Running out of storage space on a mobile phone is always a concern. The good thing is the phone comes with a Micro SD slot, which makes adding further storage at a later date an easy process.

The phone comes with 64GB of storage but you can add a further 512GB of storage by simply adding an SD card. SD cards are a very convenient way of adding storage and they are relatively cheap to buy.

The phone uses the 4G network, which is the most used network in 2020. I would not be put off that it does not support 5G. 5G is still a new technology and although you do get phones that support 5G. At the moment they are arguably a waste of money.

Yes, you can get faster data rates on 5G but the technology of 5G is about a lot more than faster access. We are still a couple of years away from getting the best from 5G, so save your money for now as you don’t need it.

I don’t really know where to start with the Samsung Galaxy A41. When looking at a budget phone you will always expect some compromises along the way.

With this phone, the only real compromise is the body is plastic and the storage is a little on the low side. That being said, the phone still looks great even though it’s plastic, and you can easily add storage because it comes with a Micro SD slot.

The camera is simply amazing and the thing that makes this phone stand out is that utterly beautiful display. Getting a display at this price with Super AMOLED is great to see. Also, I love the fact Samsung has used a hole-punch type camera, so you can enjoy more of the display that is on offer.

If you’re after a great budget phone then this is surely one to consider. If was I was looking for a phone without spending too much money. Then I’d most likely end up with the Samsung Galaxy A41.

Amazing value, fantastic camera and a display to die for. Also, it has all the extra features you’d want from a phone. I just don’t know how Samsung does it for the price. It’s simply fantastic.