Pixelbook Go – Google Goes back to basics with its latest Chromebook 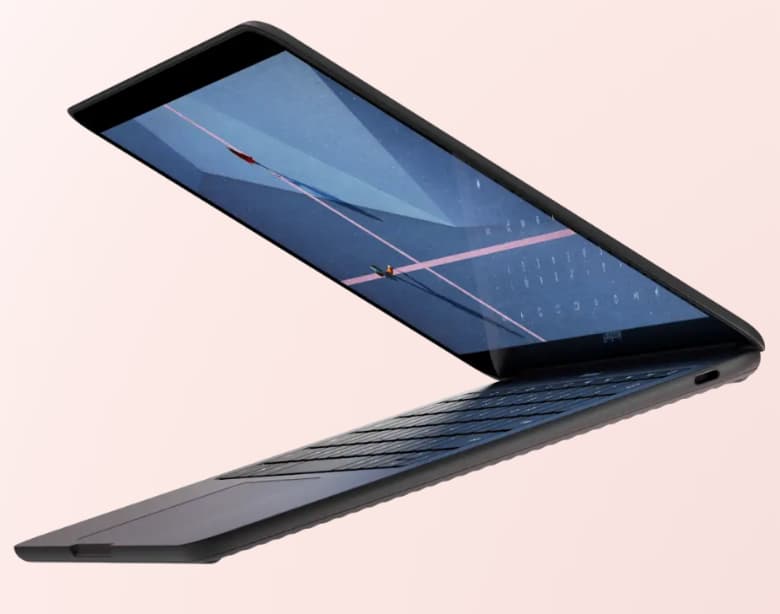 We’ve all been eager to find out more about the latest Chromebook to be released by Google. News that Google was to launch its third Pixelbook last month started a lot of rumours of what to expect. The game of second-guessing is over, so let’s take a look at the latest Pixelbook Google has to offer.

The Chromebook has changed a lot since it was first launched over nine years ago. In the last couple of years, we’ve seen a huge swing from a laptop-based device to Hybrid Chromebooks. A Hybrid means you can use the Chromebook as a laptop or tablet and became hugely popular when it was announced Android Apps would be available on Chrome OS.

Since then many manufacturers have released some fantastic Hybrid devices. This includes Google with the current Pixelbook, which has been available since 2017. Looking for the best Chromebooks currently available? Why not have a read of the Top Ten Chromebooks in 2019.

So it may be a bit of a shock to see that the latest Pixelbook has gone back to basics. The Pixelbook Go is not the Hybrid type device we’ve got used to over the last couple of years. So why has Google decided to do this? and have they got it right with the Pixelbook Go?

HYBRID REMOVED FROM THE PIXELBOOK GO

The biggest shock with the lastest Pixelbook by Google is that it’s not a Hybrid. Hybrid Chromebooks have really taken off, which makes perfect sense when you consider most Android Apps work perfectly on a tablet.

If you’ve bought a high-end Chromebook in the last couple of years, it’s most likely a Hybrid device. So why has Google decided not to offer us this with the latest Pixelbook?

When I first heard that the latest Pixelbook would not be a Hybrid I thought it was a huge mistake. However, when you think about it for a second; I think Google has made a really smart move.

Yes, I love my Hybrid device but I can honestly count the number of times I’ve used it in tablet mode on one hand. I’ve mentioned previously that there is something strange about holding a Hybrid in tablet mode. This is because your fingers are holding onto a keyboard. Don’t get me wrong, I think having this functionality is great, but it’s not a true tablet experience.

The other issue is that the most common size Chromebook comes with a 14-inch display. Using a Hybrid in tablet mode on a large device is hardly portable.

ANDROID APPS DO NOT NEED A HYBRID DEVICE

When I first got a Hybrid Chromebook being able to use it as a tablet was great at first. However, once the novelty had worn off I realised that using Android Apps in laptop mode was much easier than in tablet mode.

This makes the shock of the new Pixelbook not being a Hybrid less of an issue. In fact, I think Google has made the right move here. I’d much prefer a Chromebook where the manufacturer concentrated on what was needed; rather than offering a Hybrid device because it’s considered the new standard.

Don’t get me wrong, when you start to look at higher-end devices such as the current 2017 Pixelbook or the Acer Spin 13. There is a good reason to want to use the device in tablet mode more often. If you’re getting all artistic and using your Stylus, then tablet mode is far superior to laptop mode. That’s the only time I can see a Hybrid being more beneficial.

PRICE OF THE PIXELBOOK GO

The latest Pixelbook Go is not currently available in the UK or USA.

The Pixelbook Go is a cheaper option than the previous Pixelbook. This is due to a number of reasons such as only being a laptop, lower-resolution display and not being designed to be used with a Stylus. This is great for anyone who wants a Pixelbook but always found them out of there reach due to the price.

The entry-level Pixelbook Go will be available for £629/$649. This appears reasonably priced when you consider you’re getting a device made by Google. However, the price does start to increase rapidly if you’re looking for something more than what the entry-level device offers.

There are four different variants of the Pixelbook Go that you can choose from. The first three models come with a 13.3-inch touchscreen LCD display with a High Definition resolution of 1,920 x 1,080. The fourth model offers 4K resolution.

If you were expecting the latest Pixelbook to go one step forward you may be disappointed. However, for others, the Pixelbook Go will be the perfect Chromebook.

If you’re interested. You can get be added to the waiting list and Google will be in touch when it becomes available.