Pixelbook Go Chromebook comparison – which model should you buy 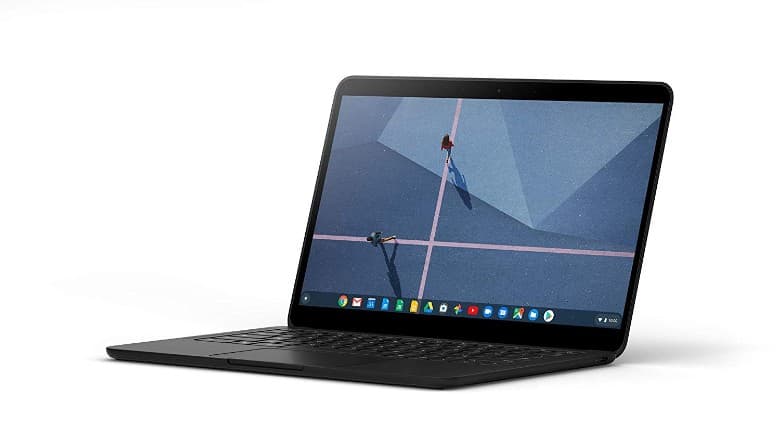 In 2019 we got the exciting news that Google was launching a new Chromebook. Everyone was eager to see what was on offer. There have been some mixed opinions about the Pixelbook Go, which is mainly due to not being a 2-in1 Hybrid device. However, put that to one side and the Pixelbook Go is arguably one of the best Chromebooks available right now.

If you’re thinking of buying a Pixelbook Go the difficulty is deciding, which model you should choose. There are four different models in the USA and three model variations in the UK. So let’s take a look at the different choices on offer, which will hopefully help you choose the model that is right for you.

Before we do that though, let’s deal with the elephant in the room. The Pixelbook Go is not a Hybrid device; it comes in a simple laptop form, but does it really matter? Well, I love having the functionality of a Hybrid device, but I can definitely live without it. Sure, it’s a nice extra touch, but in reality, I hardly ever use my Chromebook as a tablet. I was certainly not put off the Pixelbook Go due to this because it’s simply a stunning Chromebook device. It’s got a touchscreen and that’s all that matters. Now we’ve cleared that up, let’s take a look at the models on offer.

The entry-level model is available both in the UK and the USA and will most likely be a really popular choice. One of the great things about the Pixelbook Go is the price. Unlike previous Chromebooks from Google, which cost a lot more. The Pixelbook Go is aimed at a much wider audience thanks to a more reasonable price tag.

Do not get me wrong, it’s still an expensive device, but you’re getting your hands a Chromebook built and designed by Google, which comes at a price. The entry-level Pixelbook Go has a recommended retail price of £629/$649. This comes with an Intel Core M3 processor, 8GB of RAM and 64GB of storage.

The Intel Core M3 processor is an eight-generation processor. It’s a dual-core processor with a base speed of 1.10 GHz and is capable of speeds of up to 3.40 GHz. It comes with a 4MB cache to help those regular tasks perform much quicker.

The RAM on offer at 8GB is more than enough for what you need today and even in the next few years. Chrome OS is not an operating system that uses huge amounts of RAM, so you’ll have no problem here.

Whether you’re using a spreadsheet or playing an Android game you’ll find the entry-level model should perform perfectly fine. The processor and the amount of RAM available will easily cope with most of the things you’ll be throwing its way.

The second Pixelbook Go model available both in the UK and USA has an RRP of £829/$849. So it’s a jump of £200/$200. It’s a pretty big jump especially if money is tight, so is the mid-range model worth the extra money? Well, that all depends on what you’re looking for and what you may want to use your Chromebook for.

The mid-range Pixelbook go comes with the same amount of RAM at 8GB, which is more than enough. Where it differs from the entry-level model is the storage and processor.

The entry-level model comes with 64GB of storage. For some people, this may be enough. However, if you’re intending on installing a lot of Android Apps then you may easily run out of space. The mid-range comes with 128GB of storage, which is double the amount and much more acceptable.

You also need to consider that the Pixelbook Go does not come with a Micro SD slot, which means you cannot install extra storage at a later date. This makes the decision on how much storage you need more important. On storage alone, if you’re concerned about 64GB not being enough, then you may want to consider the mid-range model.

The mid-range model comes with an Intel i5 eighth-generation processor. It comes with a 4MB cache, which is the same as the entry-level M3 processor. However, the base speed is slightly better at 1.30 GHz, but it has a much better maximum speed of 3.90 GHz. It can also handle graphics a little better than the entry-level device at 0.95 GHz compared to 0.90 GHz.

You’ll notice the difference between the M3 processor in the base model compared to the Intel i5. I’ve got Chromebooks with both M3 and i5 and the performance is much better, which is what you would obviously expect. The only issue though is that both processors cost roughly the same price at wholesale, so you’re essentially paying £200/$200 more for a processor that costs about £20/$20 more wholesale.

I’ve not taken into consideration the extra storage when looking at the price difference. This is definitely something that you need to take into account. It’s a faster device, but unsure whether it’s great value for money when both processors have a very similar wholesale price.

This model is only available in the USA. It offers exactly the same as the lower-priced mid-range device. The only difference is the amount of RAM you get. Instead of the 8GB of RAM, you’re getting a huge 16GB of RAM.

It’s RRP is $989, so you’re paying an extra $150 for double the amount of RAM. I’m not too sure whether this is good value for money. It would have been nice if this model also came with extra storage, but it doesn’t.

This is where the top-range Pixelbook Go fits it. It’s got an RRP of £1,329/$1,390 but you’re getting an Intel i7 processor and 4K display for your money. It also comes with 16GB of RAM and 256GB of storage, which is double the amount of storage of the mid-range devices.

This device is obviously not going to be for everyone. However, true Chromebook fans with deep pockets will most likely be considering this device. It’s certainly powerful and has an amazing display, but maybe it isn’t the best when it comes to value for money.

WHICH PIXELBOOK GO SHOULD YOU CHOOSE?

If we are looking at value for money alone, the entry-level model is the obvious choice. It comes with a perfectly fine Intel M3 processor and 8GB of RAM, which is more than enough for a Chromebook.

The only real concern I’d have about buying this device myself is the storage at 64GB. If the Pixelbook Go had a Micro SD slot it would not be a major issue. However, if you’re intending on using this device as your main computer, and will be installing a lot of Android Apps. You’ll need to decide before you buy, whether the 64GB will be enough. Unfortunately, you don’t have the luxury of simply installing extra storage at a later date.

This is why the mid-range model may be a good choice for most people. Sure, it costs an extra £200/$200, which is a big jump. However, you’re getting an Intel i5 instead of an M3. You also get double the amount of storage at 128GB, which I think is really important when no Micro SD slot is available.

I guess it all comes down to what you can afford and what you intend on using your Chromebook for. One thing I know. Whatever model you decide to buy, you will definitely not be disappointed with just how fantastic the Pixelbook Go Chromebook from Google really is.