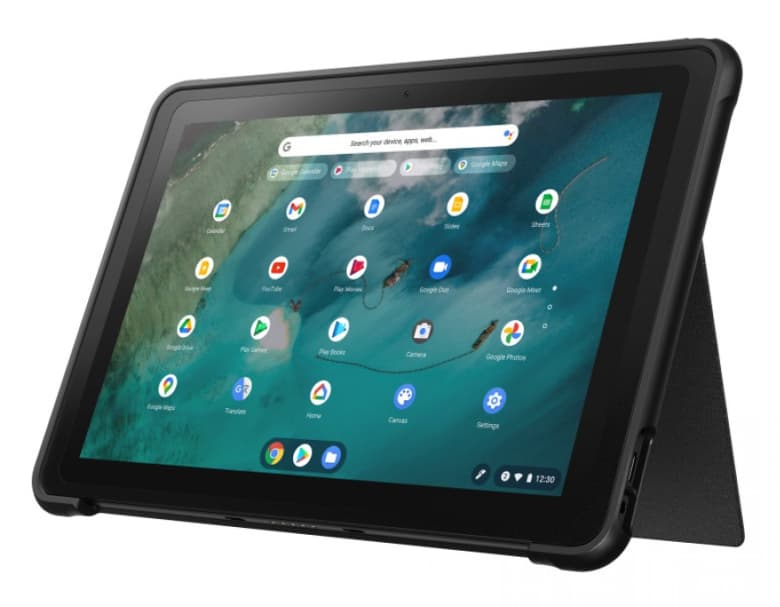 Last year we saw the release of the Lenovo Chromebook Duet. The first Chrome OS 2-in-1 tablet to be released since the Pixel Slate. At the time there was a lot of excitement because nobody was expecting it. This was because the Pixel Slate, although fantastic, was not the success that Google had hoped for.

The Lenovo Chromebook Duet came with lower specs than the Pixel Slate. This did not stop it from becoming a great success for Lenovo. Thankfully, Chrome OS had gone through many improvements when being used in tablet mode. This led Lenovo to take a gamble on launching a new 2-in-1 Chrome OS tablet. The gamble paid off because we soon saw people struggling to buy the Lenovo Duet because it was selling so well.

It was only a matter of time for other manufacturers to take note. The first being Asus with the launch of the Asus CM3 detachable Chromebook. Asus has now released a new detachable named the Asus detachable CZ1. This doesn’t appear to be a huge move from the current CM3 model. The major change is that it now comes with a new stand and rubber edges around the tablet, which make it more durable. Allowing them to state it has passed the Military grade certification, which proves it can take a few knocks and drops and still function.

Although the new device by Asus isn’t offering anything that is drastically different to the CM3. It’s a good move to offer a Chrome OS device that comes with military-grade certification. We’ve seen many more Chromebooks come with the certification in the last couple of years. Having this certification gives you peace of mind when it comes to being concerned about damaging your new laptop.

On the Asus landing page, it clearly shows this laptop is being aimed at students. A good move because students are more likely to be in a situation where they may drop or knock their devices on a regular basis. A student will be using these devices at home and at school, and possibly even when they are travelling between these two locations. Having this added protection will hopefully stop students from having to deal with replacing laptops when they get damaged.

The Asus CZ1 comes with a MediaTek processor with a clock speed of 2.0 GHz. The processor with 4 GB of RAM is perfect for what students need from a laptop. Storage options starting at 64 GB up to 128 GB is more than enough to install plenty of Android Apps. This laptop will be perfect for school work and will easily be able to cope with internet surfing, social media and streaming movies.

I really like the stylus, which has its own docking station. The stylus will come in handy for students who need to get more out of Chrome OS. The stylus also charges when docked, which is a nice touch.

I can see this Chrome OS laptop being extremely popular in the education sector. When you consider the number of students who now use a Chromebook. The number of repairs that must take place throughout the term is most likely huge. This causes issues for schools that may need to manage the repairs, and it must be frustrating for the student at the same time.

This Chrome OS 2-in-1 device certainly looks like it could take a lot of knocks along the way. This should hopefully reduce the number of repairs needed. Making it perfect for everyone involved. I just wish I had access to such a device when I was at school.