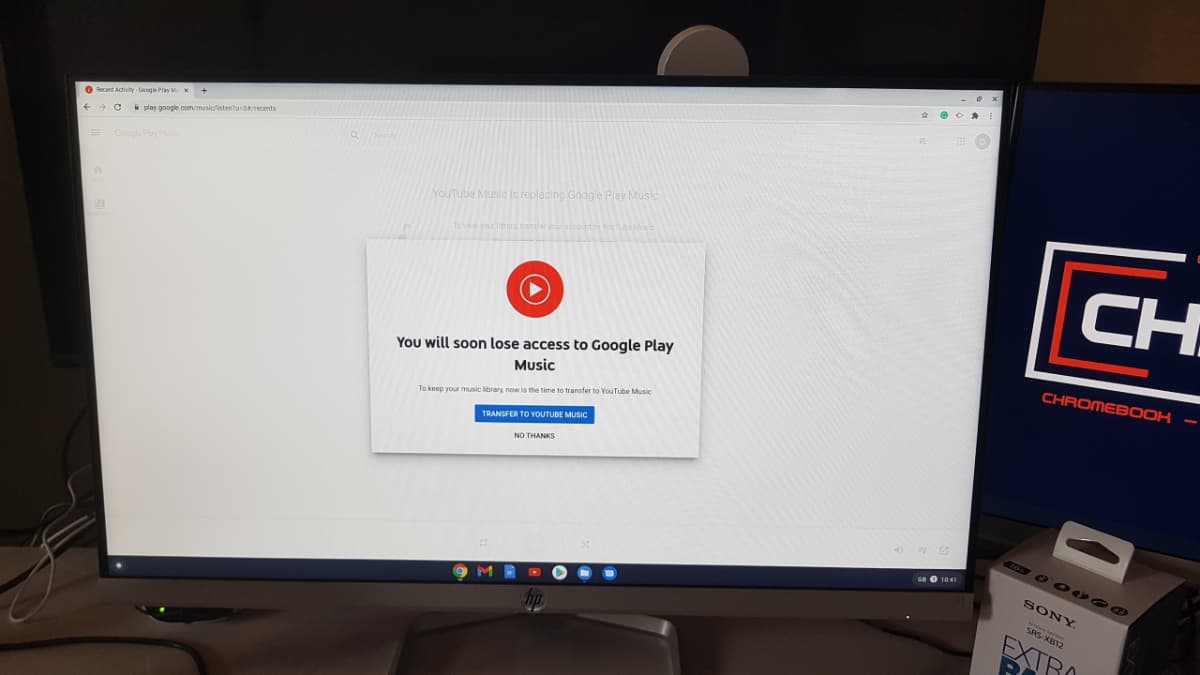 I’ve been using Google Play Music for many years so it’s sad to have to say goodbye. I’ve used it to stream music on the move and cast music directly to my amplifier. I also use it when I want to listen to some music while at my desk.

The main attraction of Google Music when first launched was having the option of uploading your music library. Many years ago before making the move to Google Music I was using an iPod and iTunes. Google made it really easy to move your iTunes library over. Also, it was really easy to upload your own music outside of iTunes.

For me, this means I’ve got thousands of tracks, which I uploaded back then. Not to mention all of the albums and singles I’ve purchased since. If this is the same for you then you need to act quick. I transferred my music library over to YouTube Music many months ago. It was a really simple process and I was still able to use Google Play music even after I had made the transfer.

I’ll admit since then I’ve still been using Google Music. It’s very hard to change your habits and quite frankly; I really like Google Music, so I’m not overly happy about the change.

WHAT I LOVED ABOUT GOOGLE MUSIC

I’ve used most of the music platforms such as Spotify, Deezer, iTunes and my favourite being Google Play Music. Don’t get me wrong Spotify is pretty decent, and so is Deezer. There is just one thing I could not deal with though.

I have my amplifier in my living room connected to a Chromecast. This means I can easily cast music from these music streaming services to my amplifier speakers. They all worked perfectly well, but none of them had the power you got with Google Music.

I had to turn my amplifier volume up a lot to even try and replicate the sound I’d get from Google Music at a much lower volume. I’m sure this is all down to certain settings, but it’s one of the reasons why I much preferred casting using Google Music than any other music streaming service.

It’s very simple to do, as you only have to visit the Google Play Music website. Providing you’re logged into your account Google will recognise you have not yet transferred your music library to YouTube Music. You then just simply press a button and the transfer will be done for you.

Let’s hope YouTube Music is as good as Google Play Music. I’m sure it will be because it has a lot going for it. It makes sense for Google to close down the service when considering the tough competition in this sector. YouTube is extremely popular, so it should be much easier for Google to get buy-in from new subscribers.

So yes, it’s a really sad time, but at least we have a good alternative, and it’s easy to transfer your music. So what are you waiting for? Transfer your Music to YouTube Music before it’s too late. You can also download it to your computer as well if YouTube Music isn’t for you.