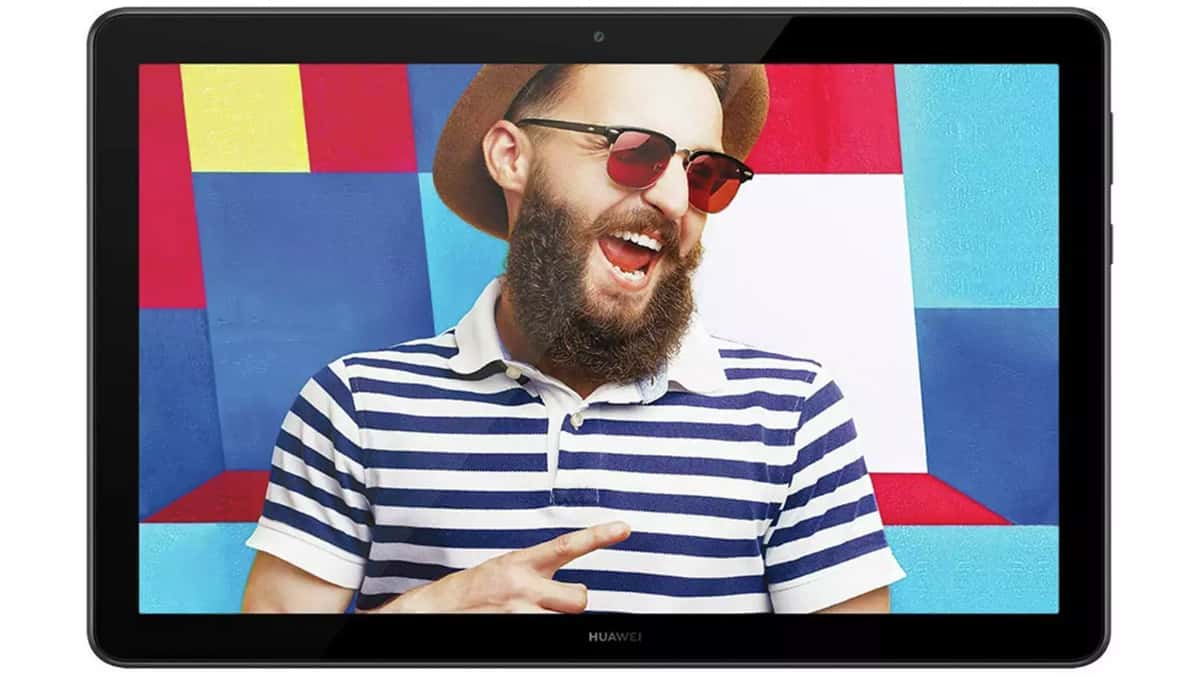 The great thing about Android tablets is that you’ve got such a huge selection of devices to choose from. This can make it difficult to know what tablet to opt for, so reading reviews before buying a tablet makes sense.

In this review, we’ll be taking a look at the Huawei Mediapad T5 Android Tablet. We’ll look at what it offers and whether this should be on your wish list when considering buying a new tablet.

Huawei has been making tablets for some years now and they are known for being cheap. However, cheap, does not always mean poor quality, so read on to find out more about the Huawei Mediapad T5 tablet.

When you consider the price of this tablet I was pretty impressed with the build quality. Rather than being plastic the back of the tablet is metal, which adds to the overall look of the tablet. It may be relatively cheap to buy, but you’d never tell by looking at it.

It’s got nice curved edges on the back so you’ll find no rough edges here. It’s pretty lightweight as well at just 1.01lbs/460g. This makes it a great tablet to take out and about with you.

At just 7.8mm thick or should I say thin; it’s not overly bulky either, which is really nice to see from a tablet in this price range.

The processor you get on the Huawei Mediapad T5 tablet is the Kirin 659 octa-core, which is pretty standard in this price range. It will perform perfectly well for day to day tasks.

This is a mid-range processor capable of speeds of up to 2.36 GHz, so you should find nearly all of the Android apps perform well on this tablet. Advanced Android apps may perform a little slower than intended, but you should not find yourself in a position where it simply cannot cope.

Whether you’re surfing the internet, playing Android games or streaming movies. You should not have too many issues from the processor on offer. That being said, the performance is also closely linked to how much RAM the tablet comes with.

The entry-level model comes with 2GB of RAM. That amount of RAM is the absolute minimum you should be looking for when buying a tablet. Sure, you’ll be able to surf the internet but don’t expect great performance. You’ll also find the 2GB of RAM will struggle with some of the Android apps available.

The issue with the 2GB RAM version is that it only comes with 16GB of storage. This is an incredibly low storage option, so low in fact, I’m not really sure what you’re expected to do with this. You’d be lucky if you could install just a handful of Android apps with this amount of storage.

If you can afford it I would suggest opting for the 3GB RAM and 32GB storage model. 3GB of RAM on an Android tablet is more than enough for most needs. Find out more about how much RAM you need for your Android tablet.

The 32GB of storage will also mean you have more room to play with when it comes to installing Android apps. If you want more than this then a model offering 4GB of RAM and 64GB of storage is also available.

I’m always really dubious about cheap tablets when it comes to the display. The display for most people is really important. There is nothing worse than a poor quality display on a tablet.

It also comes with an IPS panel, which means you’ll not have any issues when viewing the tablet from an angle. To see this in a tablet in this price range is a definite plus.

It’s good to see that the Huawei T5 Mediapad tablet comes with a Micro SD slot. This means you can easily expand the storage at a later date. In fact, you can add a whopping 256GB of extra storage by simply adding an SD card, so this is great to see.

However, you will not necessarily be able to install Android apps to this extra storage by default. A little bit of tweaking would be needed if you wanted to do this.

The front-facing camera offers a 2-megapixel camera, which is pretty basic. The rear camera offers 5-megapixel, which is better but will still not blow you away. You’ll still be able to use these for video calling though, but don’t expect exceptional quality.

The operating system the Huawei T5 comes with is Android OS 8, which is also known as Oreo. This is not the newest version of Android OS, but it’s new enough to receive updates for the foreseeable future.

Find out more about the Android Operating system and what versions are no longer safe to use.

If you’re after an Android Tablet that does not break the bank then this may be one for you.

The entry-level model should be avoided where possible because it simply offers too little storage. The mid-range model offering 3GB of RAM and 32GB of storage is the better option for most people.

For the price the display is pretty decent, so you should not be disappointed on that front. It’s well built and is a perfect tablet for anyone not wanting to spend too much money.