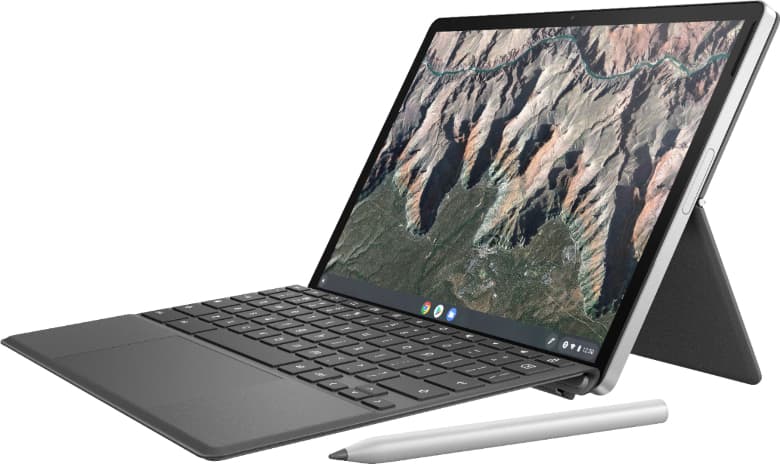 If you’re looking for a Chrome OS detachable Chromebook. You’ll notice you have a little more choice in 2021. A far cry from a couple of years ago when the only real option was the Pixel Slate. That all changed when Lenovo announced the Chromebook Duet, which was followed about a year later by the Asus CM3000. Both the original Lenovo and Asus are in the budget range.

What do you do if you want a higher-spec Chrome OS tablet? You’ve got three choices. The fabulous Pixel Slate, the new Chromebook Duet with OLED display or the HP x 2 11. This isn’t the first time HP has offered a Chrome OS 2-in-1 tablet. In fact, they offered one of the first with the original HP x 2.

It appears HP are aware of the competition in this sector, as you can now get your hands on the HP x 2 11 for just $399.00. That’s a whopping $200.00 off the original price, and if you’re interested it’s available at Best Buy. Not sure how long this deal will last though, so you’ll have to act fast if you want to get your hands on one.

What I like about the HP x 2 is that it doesn’t look in any way cheap. It’s clear that HP has put a lot of effort into how this tablet looks. It’s very similar looking to the Microsoft Surface Pro. Having the ability to detach the keyboard and the kickstand to use it as a tablet is a much better option than a Hybrid. Hybrids obviously have their place, but I’ve never been a big fan of them.

If you want a true 2-in-1 experience then the 2-in-1 detachable is the way to go. I’m glad HP has opted for a 3:2 aspect ratio, which works really well on a smaller display. The 11-inch display comes with a resolution of 2,160 x 1,440, so you’re getting higher than Full HD.

This is a much better performing tablet than the original Lenovo Duet. Thanks to the Snapdragon processor and 8 GB of RAM. This Chrome OS tablet will perform well. That extra RAM will really help with performance, which I think is important with this device. The fact it can be used as a tablet or laptop. Having that extra RAM is going to be useful in many different situations.

The storage at 64 GB is more than enough. Most of the Chrome OS devices I own have 64 GB of storage, and I’ve never had an issue with running out of space. Even if you decide to install Linux. You can still do this and have plenty of space left over for Android Apps.