How to install Cloudready on an AUE expired Chromebook 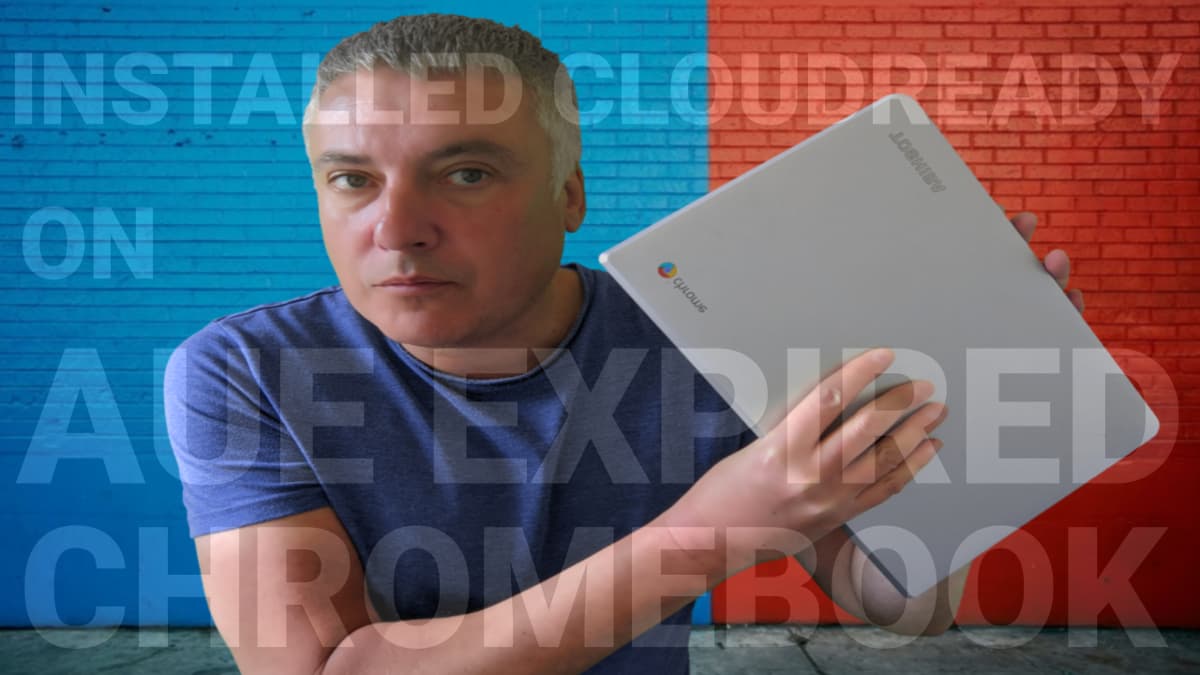 I’ve owned many Chromebooks over the years and one of my favourites was my Toshiba Chromebook 2. It has a fantastic display, but in September 2021 it received its last Chrome OS update. If you’re not aware. All Chromebooks have an AUE date, which stands for Automatic Update Expiry date.

Once the AUE date has expired your Chromebook will stop receiving updates. This means you will not get any further improvement updates to the operating system. What is more important is that no further security updates will be received. This means you may not be secure when using your Chromebook. The latest Chromebooks receive updates for at least eight years, but earlier devices only received updates for five years.

At the moment there is no streamlined way of doing anything about this. Essentially, your Chromebook becomes redundant because you can’t guarantee you’ll be safe when surfing online. One way around this is to install Cloudready.

The Chrome browser created by Google is an improved version of the open-source Chromium browser. Therefore, Chromium isn’t as advanced as Chrome, but it’s still perfectly usable. The main advantage is Chromium receives updates. This means you can continue to use your Chromebook after the AUE date safely.

Cloudready is similar to Chrome OS

The great news is Cloudready is very similar to Chrome OS. In fact, the way it looks is identical, which you can see in my video about installing Cloudready on my Toshiba Chromebook 2. It’s important to remember Cloudready will not support Android Apps. This is not a major issue for anyone who has an AUE Expired Chromebook. This is because my Toshiba Chromebook did not support Android apps, as Android apps were not available back then.

Installing Cloudready is not easy at the moment

Google acquired Neverware in 2020. This may mean in the future Cloudready is automatically available once your Chromebook AUE date has expired. At the moment though. To install Cloudready on your Chromebook once auto-updates have stopped isn’t an easy process.

This is because it isn’t just a software change. You also need to open up your Chromebook to remove the write protection. If you’re not comfortable opening up a computer. You may not want to install Cloudready. That being said, I don’t like opening up computers, but I decided to do it and it wasn’t too difficult. It was more fiddly and a tad frustrating rather than being hard to do.

Once you’ve done this. You may want to backup any local files from your downloads folder. Once you’ve installed Cloudready any files you have saved on your Chromebook will be wiped. I moved all of my download files to my Google Drive. I created a folder in Google Drive called ‘my downloads’. Once you’ve installed Cloudready you can then simply move all of these files back to your Chromebook downloads folder.

Removing the write protection will be different depending on the Chromebook you own. Therefore, I would recommend searching YouTube for a video for your particular Chromebook. If you own a Toshiba Chromebook 2. Then you can follow the video I watched.

Installing Cloudready on your Chromebook

I followed the instructions in this video from YouTube to install Cloudready. You need to ensure you follow the steps carefully. You can easily assume you know what to do once you get to a screen you remember from Chrome OS. However, the instructions are different, so watch the video carefully to ensure you don’t miss any steps.

Cloudready should now be installed on your Chromebook

If you’ve followed all of the steps correctly. You should now have Cloudready installed on your Chromebook. You can now use your Chromebook safely. Updates will happen automatically just like they did with Chrome OS. You can also manually check for updates to the Cloudready OS manually. This is exactly the same as how you would have checked when using Chrome OS.

Although you can now use your laptop with Cloudready. I would still recommend buying a new Chromebook sometime in the future. This is because Chromebooks are continually improving. Also, you’ll be missing out on all the essential Chrome OS improvements.