How to install a Linux App Store on your Chromebook 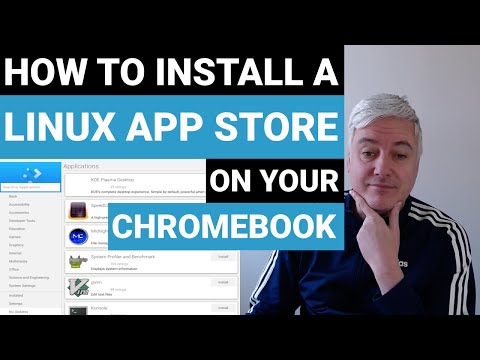 Chrome OS and most of the Chromebooks and Chromebox computers that use the operating system support Linux. I say most of them because older devices may not have the support. Although Linux has been available for a few years now. It’s not taken off as much as Android Apps on the Chromebook. This is mainly because it’s still in beta mode, so not everything works as you’d expect. Also, previously, to use Linux you had to leave stable mode on your Chromebook.

Leaving stable mode is fine if you know what you’re doing, but if you don’t you may be intimated by doing this. This is understandable because if you leave stable mode there is no guarantee your Chromebook will be protected from viruses. The great news is you can now use Linux in Stable Mode. This means you can now take a look at Linux without having to go into Developer Mode.

This makes it more accessible to everyone who owns a Chromebook where their device supports Linux. Linux is a powerful operating system, and this power does bring with it some complexities. This is another reason why Linux is not as popular to Chromebook users compared to installing Android Apps. The main issue is that you do need to understand how to use the command line. If you’ve ever used MS-Dos you’ll know what a command-line looks like. The problem with command lines is you need to know what to enter. If you understand Linux you’ll not have a problem, but if you’re new to Linux it may appear overwhelming.

The video at the top of this post will show you how to install a Linux App Store on your Chromebook. The video is working on the assumption you’ve not yet installed Linux. If you have already installed Linux, then you can skip the first step and just install the App Store mentioned in the video. Everything the video shows you is reversible, so if you would prefer to remove the App Store or even Linux you can do this without any issues.