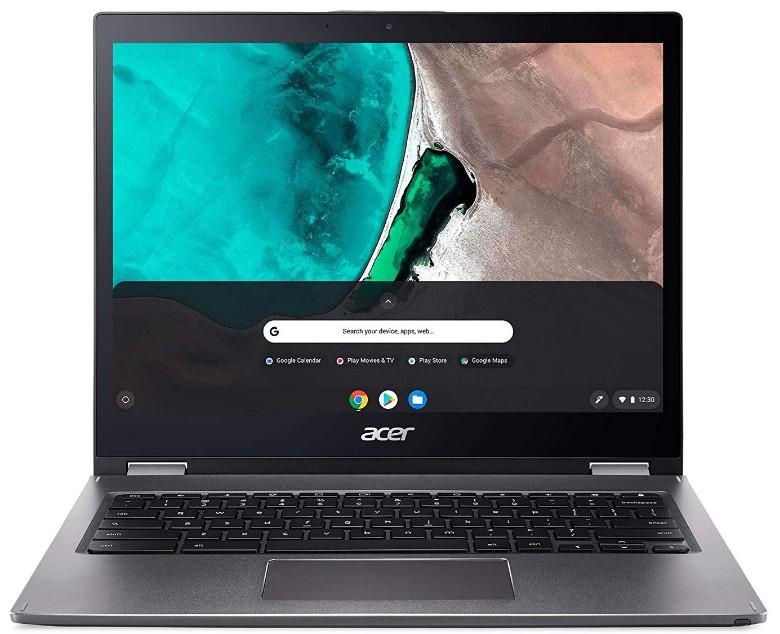 The Acer Spin 13 Chromebook is a great device. The good news is you can currently get this Chromebook with £100 off at just £499 at Curry’s PC World. So if you’ve been after the Acer Spin 13 you may want to take advantage of this offer.

Acer is well known for making some of the best Chromebook devices. The Acer Spin 13 is one of those. It’s since been replaced by the Acer Spin 713, but at this price, it’s still a great deal.

This particular model comes with an Intel Pentium Gold processor. It’s a dual-core processor with a processing speed of 2.30 GHz and comes with a 2MB cache. That’s not the largest cache in the world compared to an Intel i3 or i5 processor, which normally come with at least 4MB cache.

The cache is memory, which can be accessed extremely quickly, which allows the processor to store information it needs to access on a regular basis. This helps speed up your laptop on everyday tasks.

The processor is more than capable of dealing with most tasks you’ll carry out on a Chromebook. Whether you’re internet surfing, streaming HD movies or using Android apps. You’ll find the Acer Spin 13 will be able to cope without any problems.

It’s not just the processor, which helps to deliver the performance. The amount of RAM is just as important. You’ll be happy to know the 4MB of RAM available is more than enough for a Chromebook.

We are starting to see Chromebooks with 8GB of RAM and more advanced processors. This is all great to see, but it’s not really necessary for everyday use.

If you’re looking to use Linux then you may see a few performance issues. It will still be able to run Linux apps, but the amount of RAM may be a problem in the future for Linux. At the moment though Linux apps don’t really offer enough for this to be a concern for most of us.

The storage is more than enough. It comes with 128GB, which means you’ll easily be able to install plenty of Android apps without any issues. If you take advantage of saving most of your files in the cloud on Google Drive. Then it’s unlikely you’d run out of space any time soon.

If you’re concerned about running out of storage. You can always add further storage at a later date. This is because the Acer Spin 13 comes with a Micro SD slot. This makes adding extra storage to your Chromebook easy, and it’s relatively cheap.

However, I’d suggest most people would never need to get any further storage. The 128GB of storage means you’ll be able to install a huge amount of apps.

This is what makes the Acer Spin 13 a great Chromebook. The display is simply fantastic. The IPS panel provides great viewing angles, and the resolution at a whopping 2,256 by 1,504 means you’ll get super crisp text and images.

The display is what made me choose the Acer Spin 13 as one of the best Chromebooks to buy in 2019. In fact, it got second place after the Google Pixelbook.

It also uses 4:3 aspect ratio compared to the more popular 16:9. This is a good thing though because you’ll get a lot more information on the display. If you’ve used a 4:3 display before you’ll know how great they can be compared to 16:9.

To find out more have a read of the Acer Spin 13 Chromebook review.