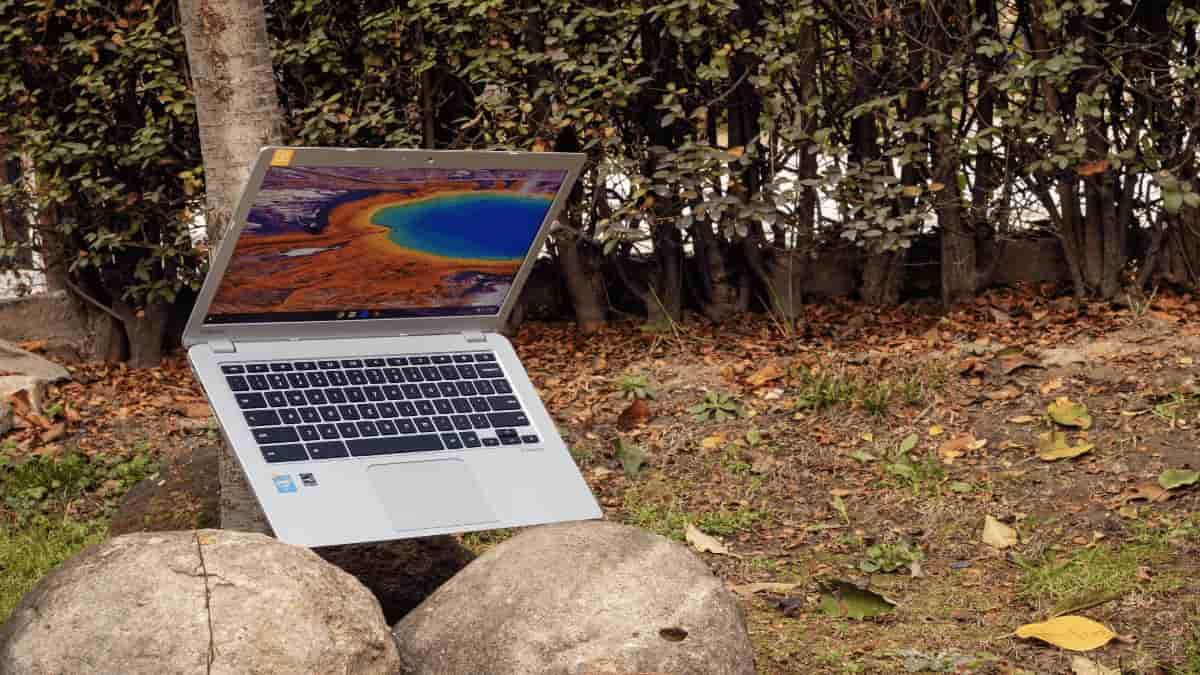 I love Chromebooks I really do but over the last couple of months I’ve been battling with myself over where we appear to be heading.

As a technology lover I’m one of the worst for chasing the best specs. I’ve been guilty of this, which was obvious when I heard about the Samsung Galaxy Chromebook. Naming it the king of Chromebooks.

I started to question this though when we started to hear about the issues surrounding the battery of the Samsung Galaxy Chromebook.

I don’t mind spending money on expensive tech but only if I need it. I started to see with the release of the Samsung Galaxy and Asus C436 that there is a danger of simply getting ripped off.

Sure, the Galaxy at least offers an amazingly cool new look for the Chromebook. You also get a fantastically amazing AMOLED display. So I can see the tech used warranted the price tag.

The problem is this instantly created a problem with the battery life. Only for Google and Samsung to confirm they are looking for an update to the software. Any update would mean a reduction in using the tech inside, so you’ve immediately got to ask the question what is the point of paying for tech you can’t use.

ASUS C436 HIGH SPEC CHROMEBOOK IS A WASTE OF MONEY

The Asus C436 Chromebook is even harder to understand. The display is Full HD 1,920 by 1,080, which is fine for a Chromebook but is nothing to go crazy about, so what’s with the high price tag?

Well, the only thing I could see to warrant the high price tag is the Intel i7 processor. At the moment I cannot see any reason why you’d need an i7 on a Chromebook, so it’s the classic trick of tech companies competing with each other by offering more tech than you need.

This is what we’ve seen with Android phones. Manufacturers competing with each other by offering 8GB or even 12GB of RAM. It’s totally laughable because you’ll never need 12GB of RAM on a phone, but people pay for it.

In a way, I’m not too bothered about it because it shows the Chromebook has hit the mainstream, which is something I’m really happy about. However, I’m never going to recommend something that you’ll never need. This is what caused me to have a reality check. Not to get caught in the high spec trap.

A BIG THANK YOU TO LENOVO

This is why I’m really happy Lenovo has entered the world of Chromebook. This was just the right time for Lenovo to come along to shake things up a little. The moment manufacturers start to offer over-priced products with specs you’ll never use. Is the time the market is big enough for a price-cutting competitor to come along.

You’ll always have manufacturers who get lazy by thinking just give them more RAM and a powerful processor. Why? So they can add a couple of hundred to the price tag. If you want to get sucked into that world, then go for it.

However, if you’re more sensible with your money, you’ll be happy to see Lenovo come along and offer everything you need at a much cheaper price.

Not only have they offered us great budget Chromebook devices such as the Lenovo C340 Chromebook. They’ve also had the foresight to enter the Chrome OS tablet market after Google failed with the Pixel launch.

This is the type of manufacturer we needed for the Chromebook. The great thing for Lenovo is it looks like the Lenovo Ideapad Duet 2-in-1 will be a success.

This is also good news for anyone who loved the idea of Chrome OS tablets but had very little to choose from when it comes to hardware. Yes, you’ve got the higher-spec Pixel Slate, which is a great tablet, but it’s good to see a budget option is now available.

We’re now seeing the launch of the Lenovo Chromebook Flex 5. If this isn’t a Chromebook to show other manufacturers they need to go back to the drawing board, then I don’t know what is.

It offers great specs but nothing too over the top. All the specs offered are just what you need from a Chromebook. Not only that, but it’s competitively priced.

LINUX APPS ARE NOT A REASON FOR NEEDING HIGH SPECS

I’ve seen many people warrant buying a high spec Chromebook because of Linux apps. However, I’m struggling to understand why this means you need an i7 processor.

I’ve said it before and I’ll say it again. Linux apps are far away from offering anything for the majority of users where you’ll need an i7 processor. I’m also less convinced that we’ll ever see Steam games run well on Linux.

I hope I’m proven wrong because it would be great. However, I’m unsure how they’ll get over the issue of Chromebook devices currently having no graphics card. Steam games need a graphics card to run well not just a powerful processor.

Even if Chromebook devices did come with a Graphics card in the future. I think Steam would have a challenge on their hands trying to get Linux working in a self-contained sandbox to use the full processing power the hardware provided. We’ll have to wait and see, but I’m not convinced at the moment.

I’m really happy to see Lenovo start to compete against other Chromebook manufacturers. They’ve made me wake up and realise I was getting sucked into high-spec means best trap.

For a Chromebook with an i7 processor to be worth it. I’d need an operating system and software that will take advantage of such power. At the moment it’s simply not needed. Linux apps or not, you don’t need such processing power on a Chromebook.

So that leaves us with Chrome OS and Android. Both of these work fine whether you’re using an M3 or i3 processor. Sure, if you want a little more then go for an i5 if you cannot help yourself. Just try and make sure you don’t end up buying more spec than you’ll need. You’ll simply be throwing your money down the drain.