Chromecast with Google TV and finally a remote control 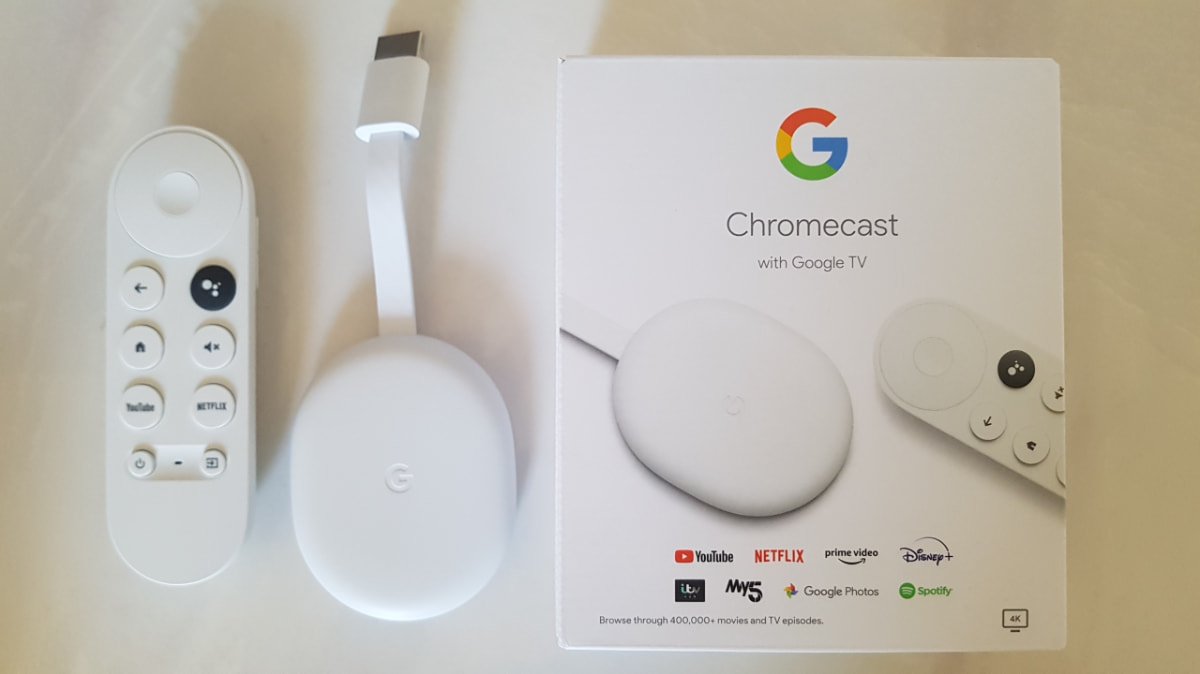 I’ve owned a Chromecast from when they originally launched and was pretty impressed with what it offered. In fact, I was pretty amazed at the beginning because this was a very new technology. Fast forward ten years and we’ve seen a few upgrades along the way.

Each upgrade offers better performance and a slicker design, but there was always something that I found pretty irritating. Any guesses what that is? Well, if you’ve owned a Chromecast I’m sure you’ll agree it was not having a remote control when you needed one.

Most of the time I could cope without a remote control without any issues. It was most frustrating when you had decided to chill for the evening in front of your TV. You’d cast your favourite programme or film on your television and all would be fine.

Half an hour later you’d need the bathroom or wanted to get something from the fridge. I’d immediately grab my remote for my HD box and press pause. It was only then I realised it was casting from my phone or tablet. You’d then lean over for your phone, which was obviously locked by now. A quick unlock and you finally got to a position to press pause.

It may not sound too bad, but trust me it starts to get very irritating once the novelty of casting has gone out the window. A couple of months in and you’d find not having a remote control very annoying in those situations.

WHAT IS A CHROMECAST

If you’ve never owned a Chromecast before you may not be too sure what it is. The Chromecast is a small device you plug into your TV or home amplifier receiver. Once you’ve set it up you can put whatever is showing on your phone or tablet onto your TV. This is called casting.

You may have noticed the casting button, which you’ll find on your Chrome browser. However, I’d only recommend casting from the browser if no other option is available. This is because most media companies now support Chromecast in their own apps.

For example, You’ll find a cast button on Netflix, BBC iPlayer, ITV Hub and YouTube to name a few. This provides a more stable cast than casting using the cast button built into your browser. I’d be surprised if you found any media company, which did not support the casting option in 2020.

Once you’ve hit the cast button the signal is sent to the Chromecast plugged into your TV or receiver. The Chromecast then streams the media directly from the device. Your phone or tablet you used to cast now becomes the remote control. By doing this, it saves your phone or tablets battery because the internet streaming is done by your Chromecast.

This is how the previous Chromecast worked. You can still cast in this way with the latest Chromecast. However, you’d only end up doing this if you were unable to find the film, TV show, Music video or music via Google TV.

Once you’ve set up the device you’re presented with Google TV. It’s very similar to what you may be familiar with when using Netflix or BBC iPlayer. The difference is Google TV provides all of your media in one location.

Google TV simply shows all of your media in one location. In the film section instead of just seeing films from Netflix. It shows you all of the films available from Netflix, Amazon Prime, Disney, iPlayer and so on. This in itself is fantastic, and I’ve found that I’ve been watching many more movies because of it.

The same is the case when it comes to TV shows or box sets. Everything is presented in front of you. Best of all, Google TV checks what you watch over time from the different providers. It then recommends programmes and films that may be of interest to you.

I also like the fact that your individual apps are available on Google TV. So if you want to check out what is available from a particular media provider, such as Netflix, you can simply open the app and use it like normal.

The remote is very compact and comes with very few buttons. This isn’t a criticism it’s a good thing. There is no need to turn up the lights to see the different buttons on the remote. Once you’ve got it in your hand and been using it for a while you know exactly what each button does.

I love the fact it has a back key because it can be pretty annoying going back a page on Netflix, iPlayer and the rest of the media providers apps. The back key makes it really easy to navigate away from a page. You’ve got the option to rewind, fast forward and pause your media easily with the remote. Other buttons include home, mute, YouTube, Netflix, Power, Input selector and Google Assistant.

You can also set it up to control the volume of your TV. This is done with the volume rocker on the right of the control. I’ve got mine directly connected to my amplifier receiver, which means I’m getting the instant Home Cinema experience. Not only great for when watching movies, but it also means any music I listen to comes out of my amplifiers speakers rather than the TV.

In the past, to use my Google Assistant to watch movies or anything else via my cast was sometimes more hassle than just doing it myself. After all, asking my Google Home hub “ok google, play Breaking Bad on Netflix on Dan’s Living Room” was a bit of a mouthful.

The Google Assistant on the latest Chromecast is much easier to use. First of all, there is no need to say “ok Google”, which is great. You simply hold down the Google Assistant Button and say “Breaking Bad” or anything else you want to watch. Google TV then shows a list of everything available from your different media providers, which matches what you said.

It’s definitely quicker to ask for the latest episode of Eastenders than to look for it yourself. I’ve found the Google Assistant button makes it really easy to watch something if you already know what you want to watch.

YouTube works great and if you have signed up for a music streaming service such as YouTube Music, Spotify or Deezer. You’ll find all of your music is also available on your Google TV.

I’ve signed up for YouTube Music since Google Play is no longer available. Whilst using this I’ve found it really easy to find what I was looking for. Whether that is music or music videos, it’s really well presented.

Whilst playing a music video you can press down on the remote. This then shows all the recommended videos to watch. Very similar to what you get when using YouTube on your computer. I found I could easily spend an hour watching music videos or listening to music without putting too much effort into what I was going to play next.

It recommends videos of a similar genre and other videos from the artist or artists that make similar music. Although it’s great I do think this could be improved a little. For example, I did not find an option where I could select a certain track or video to play next. Once you select another video it stops what is currently playing in favour of what you’ve just selected.

I would have liked the option to be able to queue videos or music, which is what you get with YouTube when using it via a browser. However, it does remember where you last were, so when you press the down button again. It does not go back to the beginning of the list, it shows the last video or music track you were thinking about playing next. So it could have been a lot worse, but I still think this could be improved a little.

All Chromecast come with a USB lead and plug to connect it to your power supply. I’ve always decided not to use a power outlet with my previous Chromecast devices. This is because you can simply plug the lead into a USB socket to get the power. This comes in handy if you’ve no plug sockets available.

As I’ve already mentioned I connect my Chromecast to my home amplifier rather than a TV. To get power I would normally plug the USB lead into a USB port on my amplifier. I then simply connect the other side of the Chromecast into an HDMI port.

This did not work with the latest Chromecast. I got a message on the display asking to visit a web address on a separate device. This then informed me the cast was not receiving enough power. So I’ve had to plug the cast directly into a plug socket. Not a big issue, but something to be aware of if you were intending on getting power from a USB port.

It may just be my amplifier USB port provides low power. I’ve not tried it on a TV, but I’m sure it would be the same in most cases. In all fairness though, the Chromecast is offering a lot more than any previous model, so it’s no surprise it takes a little extra power to operate.

If you already own an older version of the Chromecast. Then this upgrade is absolutely essential. The remote control together with Google TV has changed what the Chromecast offers dramatically.

Anyone who has not owned a Chromecast before. All I can say is, what are you waiting for?

This is definitely the best £60/$60 I’ve spent on technology in a long time. It’s completely changed how I watch TV and listen to music. The Chromecast with Google TV and remote control is simply fantastic.