Home News Chromebook vs MS laptop – Are they still worth it now they cost the same?
News 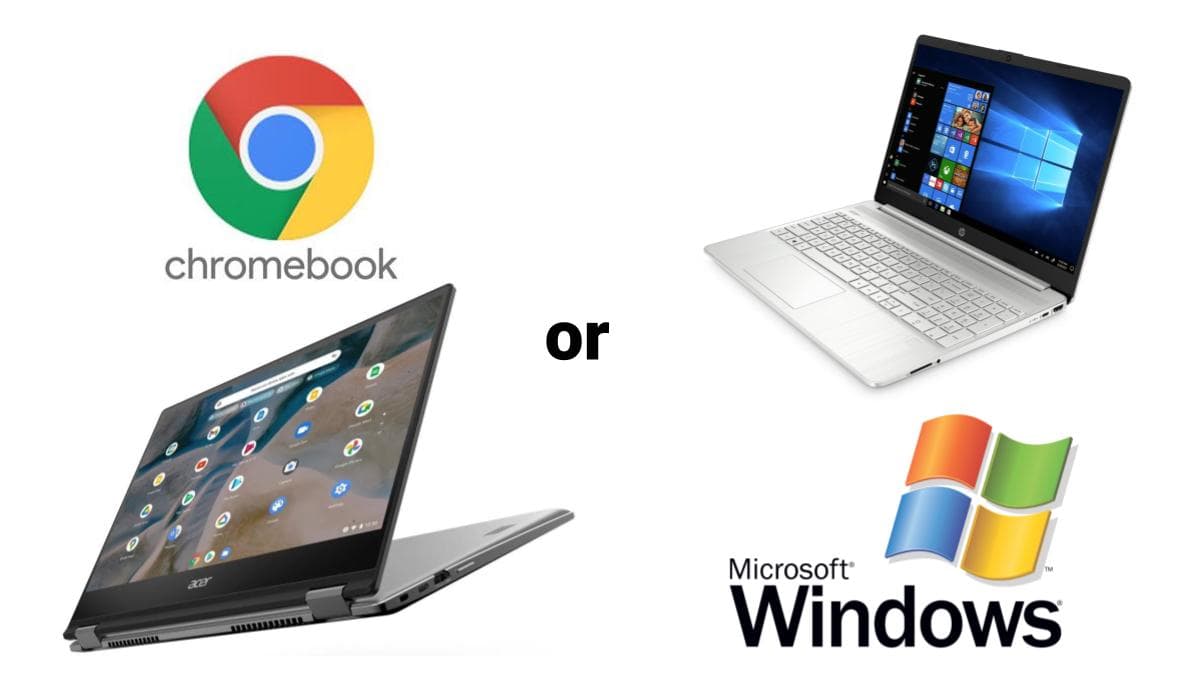 One of the main reasons why the Chromebook was popular when it was first launched in 2011 was its price. The fact you could get your hands on a laptop for under £250/$250 was something that got people interested. Even with all the negative press surrounding Chromebooks back then. The ability to buy a laptop at half the price of a Windows Laptop definitely helped the Chromebook to make those early sales. It was also one of the reasons why Chrome OS got so many early adopters of the new operating system.

You can still buy budget Chromebooks today. However, most but not all budget devices always come with something you have to compromise on. Usually, that’s either the processing power or more often than not the quality of the display. As I’ve mentioned, this isn’t always the case when buying a budget Chrome OS laptop. There are those rare gems that offer everything without too many compromises for under £400/$400.

If you want to get the most out of what Chrome OS offers. You’d need to be looking for something a little more than what most budget devices offer. These Chromebooks are the medium-spec variety, which is arguably becoming the most popular type. With these devices, you can expect no compromises when it comes to the display quality, performance, RAM, keyboard and connectivity. Most of these also come in the form of a Hybrid, which means you can use it as a laptop and tablet. The price for these medium spec devices is usually priced around £500/$500 to £600/$600. The same price as an MS windows laptop, so are they worth it?

YOU CAN GET AN MS WINDOWS LAPTOP FOR THE SAME PRICE

This is still the stigma attached to Chrome OS. The majority of people bought into Chrome OS on price alone. However, to get the most from Chrome OS and Android Apps. It’s definitely the case a medium spec Chromebook is what you’ll need. So why would anyone pay for a Chromebook when they can get a Microsoft Windows laptop with the same specs?

Well, this is the argument you’ll see from fans of Microsoft. Not just fans of Microsoft but anyone who is not too familiar with what Chrome OS can offer. The simple matter is. Chrome OS has changed a lot since it was originally launched, so this question is an out of date question. You can no longer compare a Microsoft Windows laptop vs a Chromebook on price alone. Also, you can no longer compare a Chromebook as being inferior to Microsoft Windows. However, most people and mainstream websites still do this.

MS WINDOWS IS A NIGHTMARE TO USE

It’s a really outdated opinion to look at Chrome OS as being second best compared to Microsoft Windows. I’ve believed this from the very beginning. Even when Chrome OS had some issues in those early years I was already a big fan of the operating system when comparing to Microsoft Windows. Why? well, the main reasons at the time were because I had enough of using a computer running Microsoft Windows. I had enough of all the issues I’d run into whenever an update occurred and suddenly certain hardware or software would not run anymore. Hunting around in chat rooms trying to find a fix of something really simple, like, “my mouse and keyboard no longer work after Windows update”.

If you think that is a little far-fetched then I can assure you it isn’t because it’s something that has happened to me only recently. Why not take a look at my little rant about how poor Microsoft Windows is when this happened to me. When I looked online it appeared to be a popular issue that dates back some years. However, are we really saying that to own a Microsoft Windows computer you need to accept this sort of thing can happen when an update occurs? Personally, I don’t think Microsoft has an excuse when you consider how long they’ve been supplying Microsoft Windows.

This is the main reason why I moved over to Chrome OS. It was all down to simplicity. I wanted a laptop, which I could turn on in the morning and start using without any issues. Chrome OS promised this along with being fast and secure. It didn’t take me long to realise that Chrome OS offered everything it had promised. The key point to Chrome OS success is that it still offers this today. All those Chrome OS improvements we’ve seen through the years, yet the operating system is still fast, secure and easy to use.

I don’t think I need to say much more about how annoying Microsoft Windows is to use. Everyone is well aware of just how buggy and annoying the operating system is. All that said, and you still get these die-hard Microsoft Windows fans who simply will not have a bad word said against it. Even though a huge number of people have moved over to Chrome OS in the last few years. It’s never going to change the fact that Microsoft enthusiasts are going to try and convince people to choose a Microsoft Windows Laptop.

The answer to the question in this post is very simple. It’s yes. Buying a Chromebook is definitely worth it compared to a Microsoft Windows laptop. Even when you consider you can buy a laptop running MS with similar specs. The Chromebook and everything it offers in 2021 is definitely a better choice than Microsoft. You can play PC and console-style games using a service such as Stadia or Nvidia GeForce Now. You also have a huge library of Android Apps, which you can use on a daily basis. Also, let’s not forget Linux, still in beta, but the potential is still huge.

It’s true that you can still not do true video editing on a Chrome OS Computer. However, I’m convinced this will be possible in the future. Also, if you wanted to do video editing on Microsoft Windows. You’d be spending a whole lot more than £600/$600. You’d have to triple that to get a Microsoft computer to be able to cope with advanced video editing. So there is simply no comparison.

For everything else, the Chromebook is a perfect choice. It’s all available on Chrome OS and this will only continue to improve in the future. The news that Chromebook sales soared in quarter four of 2020 was great. In fact, it was the best news we could hear as Chrome OS turned ten. I’m looking forward to what we see in the next ten years from Chrome OS. Until then, if you’re considering buying a new laptop. Then it’s time to make the switch to Chromebook.