Buying your first computer? Why the Chromebook is a great choice 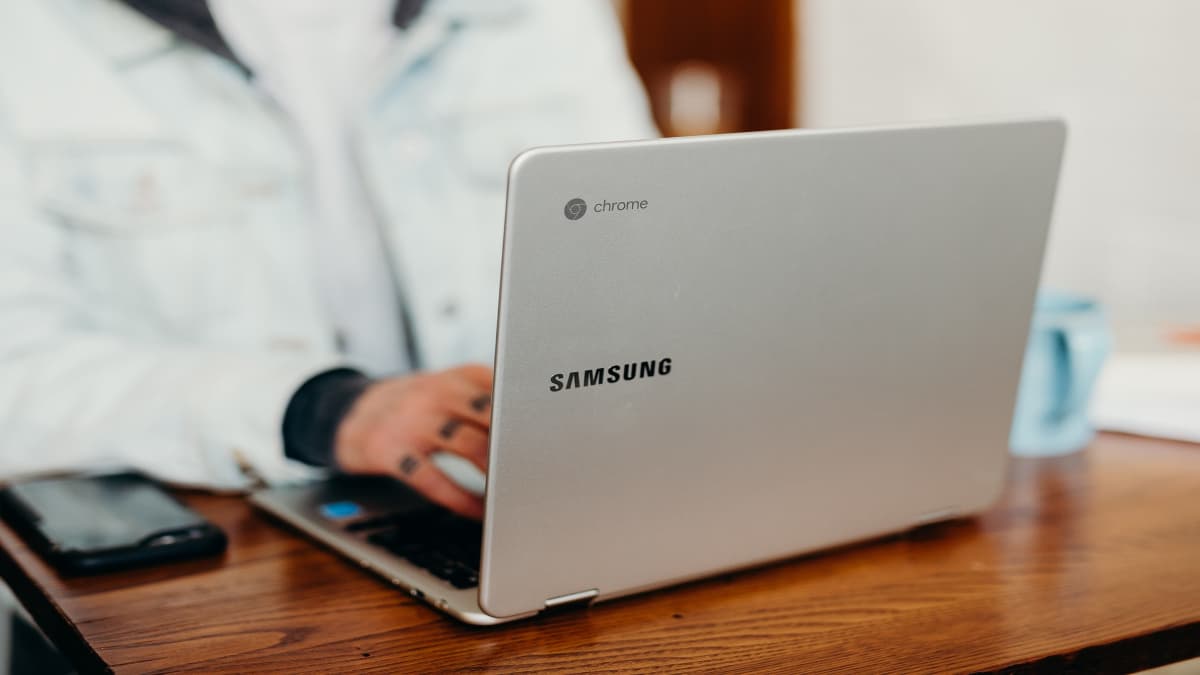 It’s fair to say most people have used a computer before. Whether they have one at home or they used them in school or college. However, there are also a large number of people who have never owned a computer.

There may be many reasons why you may have never owned a computer before. Perhaps you’re scared of computers or think you’ll struggle to understand how they work. Maybe you’ve used a tablet instead and never felt the need to own a computer. If this is you, and you have decided now is the time to buy your first computer. I’ll explain why the Chromebook is a great choice.

First, let’s take a look at why more people than you may expect don’t own a computer in 2021. Why the internet has made owning a computer even more important, and why more people are choosing the Chromebook when buying a new computer.

It’s assumed anyone born after 1995 will most likely own a computer. There is obviously a huge number who do but you may be surprised a lot don’t. Generally speaking, most people born after this year would have used a computer at school. I was born in the late 70s and definitely had access to computers at school. In fact, in my last couple of years, we had Microsoft Windows, which is pretty impressive. Before that, we used BBC computers and Acorn.

Although most people born after 1995 have most likely used a computer at school. They may not necessarily have a computer at home. This is because mobile phones and tablets would have been all the rage once they reached their late teens. The change in mobile phones with the launch of the touchscreen was a complete game-changer.

This made it possible to access the internet from your phone. Before we had touchscreen phones and tablets. Accessing the internet using a mobile phone was not exactly a nice experience. The ability to use the internet with a phone or tablet meant it wasn’t necessary to own a computer anymore.

Depending on how you look at technology. You would have either loved the new experience of using a computer or hated it. There is a lot of people who love learning new things and others who find it scary or frustrating. If you didn’t need to learn to use a computer for work. Then it’s possible you decided never to use a computer.

You could buy a mobile phone in the 80s but they were hardly mainstream. They didn’t really become mainstream until about 1998. It’s fair to say trying to use the internet on a phone was not a good experience. Web sites were not created with mobiles in mind, and it was awful trying to use websites using a phone.

The ability to use a phone to access the internet did not really come into play until the launch of the touchscreen phone. The launch of the touchscreen made it much easier for websites to adapt. We saw a huge shift from websites made for computers to websites made for use from multiple devices. The ability to use the internet easily from a phone or tablet saw a huge demand for these devices.

Computers were too complicated

These were much easier to use than using a Microsoft computer, which was launched after the Amiga and Atari. Although using Atari and Amiga computers were easier to use because they were windows-based. We didn’t have mainstream access to the internet back then. The world wide web did not exist.

Fast forward to 2021 and everyone has heard of the internet and most likely use it on a daily basis. The difference is a lot of people access the internet with a mobile phone or tablet. This is one of the reasons why many people don’t own a computer. It isn’t that they may feel afraid to use one. They may simply feel it’s not necessary to own one in 2021. The fact is you can do a lot on the internet with your phone or tablet.

The launch of the internet and how hard it’s to live without it in 2021 is the main reason why many people need a computer. It’s no longer a luxury to get on in the world. Whether it’s to do food shopping, clothes shopping or booking a holiday abroad. It’s much easier to do all this if you have access to the internet.

If you don’t own a computer and use your mobile and tablet for accessing the internet. The time to consider buying a computer is when you get to a stage where you feel typing on the touchscreen keyboard is holding you back. This is when you’ve realised you could do things much quicker if you had a physical keyboard.

The Chromebook is a laptop computer, which runs on the Chrome OS operating system. An operating system created by Google. Google had three main goals when creating Chrome OS. They wanted a computer that was easy to use, secure, and fast. One of the main reasons for this is because many people who have grown up with mobile phones or tablets have not always owned a computer.

The idea of buying a computer running on Microsoft Windows for someone who has never used a computer before is a backwards step. Microsoft Windows can be difficult to use and is prone to errors that a person who struggles with technology would struggle to fix. Chrome OS was created for people who wanted to use the internet without needing to have a good understanding of how a computer works.

Why the Chromebook is a great computer

Because Google focused on creating an operating system that is fast, secure, and easy to use. It makes learning to use the Chromebook easy, even if you’ve never used a computer before. It had to be fast because this is what people have come to expect. Phones and tablets are easy and fast to use. Therefore, it was really important to make the Chromebook the same.

Another thing that everyone should have heard about is computer viruses. Computer viruses can be daunting for everyone. If you’ve hardly used a computer before they can be terrifying. The good news is you don’t need to worry about viruses with a Chromebook. Unlike other computers where you’d need to worry about buying virus protection software. The Chromebook deals with all security aspects for you.

This is why the Chromebook is great for anyone who is not that confident with using a computer. They’re great for everyone. Even people who have a good understanding of technology and have used computers all their life. Have still decided to switch to the Chromebook because of the three main benefits it provides.

You can buy all types of Chromebooks

There is a huge selection of Chromebooks to choose from. If you’re after a basic computer to surf the internet. You’ll not go far wrong with a budget Chrome OS computer. You can get your hands on a cheap Chromebook for less than $200/£200. That’s amazing when you consider how much a Microsoft Windows laptop can cost.

If you’d prefer to own a laptop, which isn’t from the budget range. Then you’re covered there as well. There are plenty of medium-spec and high-spec Chrome OS laptops to choose from. If a laptop isn’t your thing then you can buy a Chrome OS desktop computer. These are called the Chromebox. Much smaller than a Windows desktop PC, so they take up very little space.

To find out more about the type of Chromebooks you can buy. Take a look at these Top Ten Chromebooks. Most of them are from the medium-spec range, but I’ve included a couple of great budget laptops as well. You’ll not regret choosing a Chromebook as your first computer. They really are easy to use and not having to worry about viruses make them safe as well.