Asus CM3200 Flip will be a great budget Chromebook 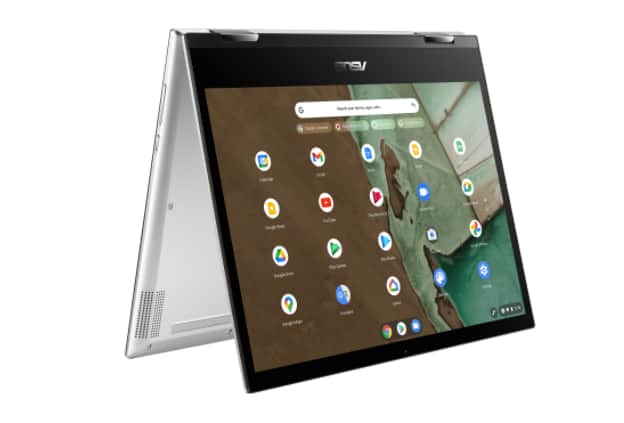 I don’t know about you but I love Asus when it comes to Chrome OS. I loved my Asus C302 and my current Asus Chromebox 3 has never let me down. One of the great things about recent Asus releases is the quality of their laptops. They just look great, which I think is really important for a lot of people. It’s not just about looking great, they’re really well built. So I always get excited when Asus announces it will be releasing a new Chrome OS device.

A few months ago it was announced Asus will be launching a detachable to compete with the Lenovo Ideapad Duet. This is great news because the Ideapad Duet has gone down really well. Also, the Asus CM3000 detachable appears, at first glance, to offer a little bit more than the Lenovo. This is exactly what the Chrome OS tablet market needs after the failed attempt of the Pixel Slate. A great Chrome OS tablet, which was sadly launched before Chrome OS was fit for purpose.

Whilst everyone has been waiting for the release of this new detachable. Asus has done what it’s really good at. It’s announced a release of a new Chromebook nobody really knew about. They did the same thing when they quickly launched the C433, C425 and C436 just after launching the Asus C434. This time they’ve decided to surprise us with a Hybrid version of the Asus CM3000 detachable that has yet to be released.

NOBODY WANTS A CHEAP LOOKING LAPTOP

The first thing I noticed when taking a look at the Asus CM3200 Flip is just how sexy it looks. Although it has not yet been released, so it’s unclear what the price will be. Looking at the specs it will most likely be priced in the budget range. This isn’t going to be interesting news for anyone who likes more medium or high spec devices. It is great news for people who prefer to buy a laptop that doesn’t cost too much.

Even before it has been released. I’m sure this Chromebook will be a success. This is because there is a huge interest in the market for cheap laptops. I don’t really like using the word cheap because it can be mistaken for not very good. This can be the case with some budget Chromebooks, but there are plenty of good budget Chromebooks to choose from. You’ve just got to make sure you do your homework.

One of the issues with cheaper Chromebooks in the past is how they look. I simply cannot take a laptop seriously if it looks like something a toddler would use. Cheap tacky looking plastic laptops have never really been my thing. Unfortunately, in the past when you were looking for a budget device. Apart from a select few, that is what you would end up with. The Asus CM3200 will change all that.

The last word that will come into your head when looking at the CM3200 is budget. This is why Asus has made a really good choice here. They now have a strong competitor, which is Lenovo, so it’s important Asus doesn’t get left behind. Lenovo is well known for offering great Chromebooks at good prices. At the moment though, personally, I think the Asus look is far sexier. Might not sound too important for a lot of people, but the mass market choose with their eyes.

When the CM3200 is released. It will definitely be the sexiest budget Chromebook you can buy. This alone will see it sell. They’ve gone with a MediaTek processor with a clock speed of 2.0 GHz. Looking at the CM3200 on the Asus website. It appears we’ll see a few different configuration models available. Offering either 4 GB or 8 GB of RAM and eMMC storage options of 32, 64 and 128 GB. A good range of choices available, which is good to see.

The Hybrid capability will appeal to all types of consumer. Perfect for surfing the internet and playing the latest Android apps games. The support for stylus use is also a great touch considering the price this Chrome OS device will most likely sell for.

The display will offer a 3:2 aspect ratio, which I tend to like more than the more traditional 16:9 widescreen. It means you get more information on the screen. The 12-inch display size is good to see, which is slightly larger than the more traditional 11.6-inch used with smaller laptops. However, as with any display of this size and price. It will not offer Full HD resolution, and you shouldn’t have expected that either. It offers 1,366 by 912, which is slightly higher than 1,366 by 768. This change from the standard definition is due to the 3:2 aspect ratio used.

WHO WOULD BUY ONE

As I’ve already mentioned I think this Chromebook will do really well. The price will most likely be around £350/$350, which is at the higher end of the budget price range. It’s highly unlikely it would be any more than this. As soon as you reach the £400/$400 price. I’d immediately be comparing this Chromebook to the Asus C433, which is regularly on sale around this price.

If the Asus CM3200 is released in the right price range. Then it will definitely shake up the budget Chromebook market. Considering how sexy this laptop looks and the Hybrid and stylus support. I can see anyone looking for a laptop and keeping an eye on their money will choose this laptop. It offers a lot for a budget Chromebook under 12-inches, and I’m convinced this will be selling like hot cakes.