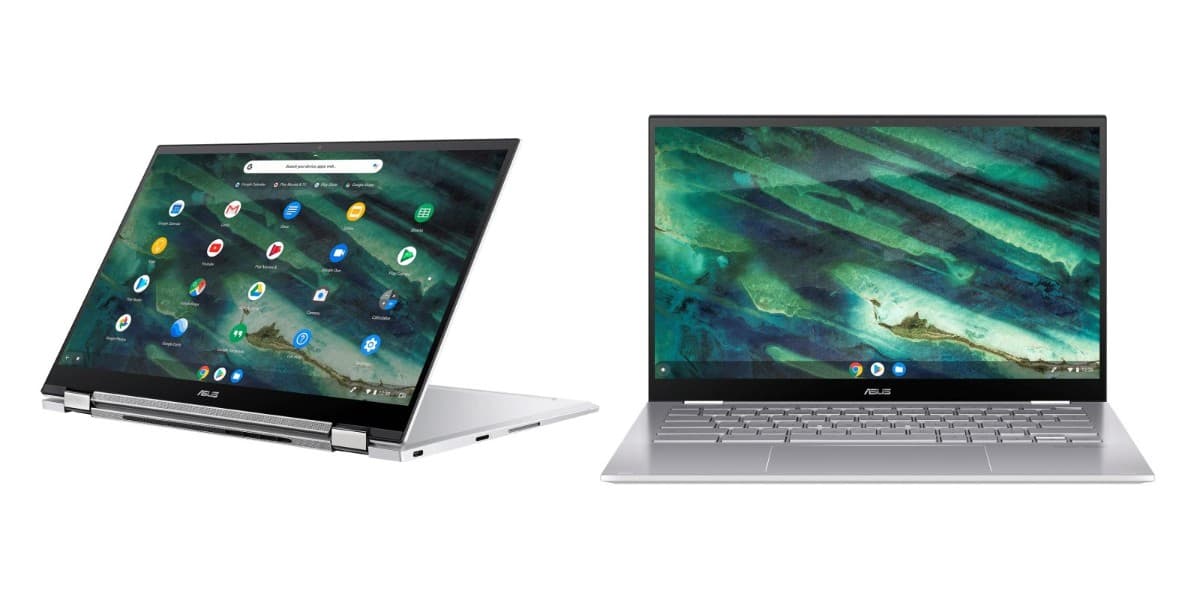 In this Asus C436 Chromebook review, we’ll be taking a look at the latest device from the well-known manufacturer. Asus is one of those companies that has really contributed to Chrome OS and Chromebooks. This is easily seen by the number of devices they’ve bought out in the last couple of years.

First, there was the much loved Asus C302, which was replaced by the Asus C434 Chromebook. Both of those Chromebooks are great, so how does the Asus C436 compare?

It’s the replacement for the C434, which is pretty strange being that the C434 was released less than a year ago. So the question is, what has Asus been able to do in under a year to make the Asus C436 stand out from its predecessor?

The Asus C436 is very similar in looks to the C434 both inside and out. It comes in the classic silver finish we have come to like from Asus. The C434 came with an aluminium body, but Asus has opted for a magnesium metal for the C436.

This is very similar to what Google did with the Pixel Go, so why have we started to see magnesium over aluminium? Well, it’s all to do with the weight. Magnesium is a lighter metal than aluminium, so the benefit is that you’re getting a much lighter laptop.

When it comes to laptops the weight is really important, so it’s a good upgrade here in terms of portability. It weighs just over 2.4 lbs / 1.1 kg, which makes it much lighter than the C434 that weighs just over 3.1 lbs / 1.45kg.

Again, Asus has managed to provide a 14-inch display in a chassis that is little over 13-inches. This is thanks to the super-thin bezels around the display that Asus is well known for.

The keyboard works fine, but there is a little less key travel compared to the C434. This isn’t really an issue though and you’ll find typing a pleasure, just as you’d expect from an Asus Chromebook. It’s backlit as well, so you can type away day or night.

It’s fair to say the C436 Chromebook looks really sexy. This is a far cry from Chrome OS devices that were available a few years ago. The 13-inch compact chassis at 13.7mm thin makes it perfect for on the go computing.

You’ll find three different processors available for the C436. The first being an Intel i3, the second an i5 and the super-powerful i7. Obviously, you’ll be paying more as you go up the range, but you’ll also be getting much better performance.

However, it’s not that easy to get your hands on the i7 version, so you’ll have to shop around for this. In the USA the i3 is the most popular and in the UK the i5 version is more widely available.

These processors are tenth-generation, so Asus has put the latest processors you can get into the C436.

The Intel i3 tenth-generation processor is a dual-core with a base speed of 2.10 GHz, but capable of speeds of up to 4.10 GHz. That’s a whopping turbo speed and it makes the Chromebook blazing fast to use. It comes with a 4MB cache to help speed up regular processes the CPU makes.

The Intel i5 has a lower base speed of 1.60 GHz but is capable of 4.20 GHz turbo. However, don’t just look at the speed when considering performance, as the i5 is a quad-core compared to a dual-core.

This means it is much faster than the i3 and you’ll notice the difference if you ever get the opportunity to compare both. It also comes with 6MB cache compared to 4MB of cache. This will make the i5 C436 even faster when it comes to tasks you ask the computer to carry out on a regular basis.

If you want the very best performance possible then the i7 C436 is the one for you. It comes with a base speed of 1.8 GHz but is capable of turbo speeds up to a whopping 4.90 GHz.

Again, like the i5 it’s a quad-core, so you are talking about amazingly fast performance here. When it comes to the cache, well, it comes with a whopping 8MB, which is twice the amount of the i3.

DON’T GET CARRIED AWAY WITH THE PROCESSOR

However, let’s not get too carried away here. It’s really important to remember what you’ll be using your Chromebook for. Yes, there is definitely an argument for the i5 compared to the i3. I think the i7 though is pretty much overkill for Chrome OS.

Any of these models will perform any task you can currently throw at it without any problems whatsoever. Whether that’s streaming HD or using the most intense Android Apps you can find in the app store.

Also, All of these processors will be able to cope with most of the Linux Apps that is currently available. Yes, when Linux Apps progresses and we more demanding apps. Then, possibly, buying an i7 will make more sense. At the moment though, you’ll most likely be wasting your money.

I’d definitely stick to either the i3 or i5 processor. The i3 is great, but the i5 offers a lot more power if that’s what you’re looking for.

The Intel i3 ships with 8GB of RAM and 128GB of storage. This is the perfect amount of RAM and storage for a Chromebook right now. Yes, you could always do with more storage now apps are available. However, it will be more than enough for most people.

The 8GB of RAM is the perfect amount of RAM for a mid to high-spec Chromebook. You’ll be able to use your device for just about anything without any issues. Even the most intense Android Apps will not be able to put up a fight against 8GB of RAM. Find out more about the RAM you might need for your Chromebook.

The i5 version comes with the same amount of RAM but has double the amount of storage space. This will mean it’s highly unlikely you’ll ever run out of space for your Android Apps. Find out more about the storage space needed for a Chromebook.

At the moment, we are still unsure where Linux Apps will lead us. So perhaps in the future that extra storage will come in much handier. However, it’s good to see you get the extra storage when opting for the i5, as it makes the price tag a little more bearable.

The display is what we’ve come to expect from Asus. You get the fantastic thin bezels around all sides of the screen. The bottom bezel is a little bigger than the rest, but this is fine and has no impact on the looks.

Those ultra-thin bezels do make you immediately realise you’re dealing with a quality piece of hardware. It’s a 14-inch Full HD display with 1,920 by 1,080 resolution.

The viewing angles are great and the images are rich and vibrant. It’s what you’d expect from a device costing this much, and you’ll have nothing to complain about. Find out more about the display to choose when buying a Chromebook.

That being said, some may argue that it would have been nice to see more from the C436 when it came to the display. I can see this point to some extent. The problem is; a full HD display on a Chromebook of 14-inches is more than enough. I don’t think you need any more than that.

It’s a 2-in-1 device, which means you can use the device like a laptop or tablet. It actually works really well in both, and this is thanks to the updates Chrome OS has had recently for tablet devices.

If you’re looking for a super sexy Chromebook that has excellent performance, then look no further. The Asus C436 has all of this and more.

Yes, you could argue that the i7 processor is a bit of an overkill, but it’s good to have the choice. The performance of this device whether you opt for the i3, i5 or i7 is outstanding. That being said, you will notice a remarkable difference between the i3 and i5, so if you want the power you should get the latter.

It’s got a great display with excellent thin bezels and is perfect for anyone who wants a high powered Chromebook to use on the move.

I hope you’ve found this Asus C436 Chromebook review useful. Hungry for more? Why not take a look at what made the top Chromebook device in 2019 to compare with what’s available now in 2020.