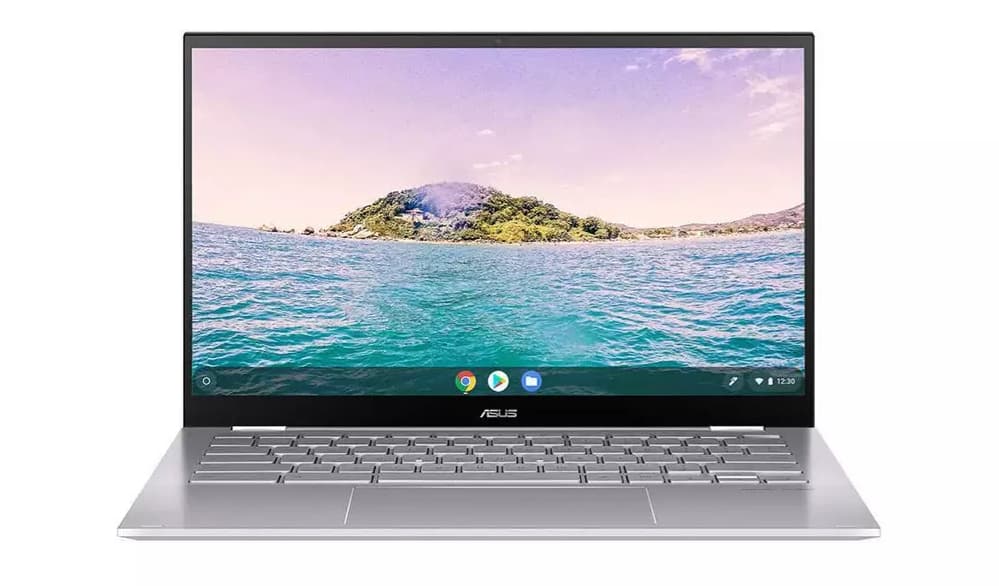 I’ve always loved Asus Chromebooks after buying the Asus C302, which I ended up giving to my brother. I got many years of use out of that laptop and it never let me down. What I loved about it most was the build quality and how compact it was. This allowed me to take it with me when travelling around the country. This is something that is really important for me because I have a Chromebox for doing most of my work at home.

We were waiting a long time for a replacement to the C302. In fact, it felt like we’d never see a replacement at one stage. Eventually, Asus launched the C434, which was the direct replacement. A great laptop, which was soon followed by the C433 and C425. Having all these Asus Chromebooks launched at the same time got confusing. The fact they were very similar did not help matters.

A little later Asus launched the C436 Chromebook. I’ve got to admit I didn’t take much notice at the time because there were a lot of Chrome OS devices being released that grabbed my attention. When I did eventually look into it I wasn’t overly impressed. Don’t get me wrong it’s a stunning looking laptop with great specs. However, I was a little shocked at the price of £999.99/$999.99. Well, it appears Asus has lowered the price because it is listed a lot more often at a more reasonable price of £799.99/$775.00.

Could it justify the premium price tag?

One of the reasons why I was a little taken aback about the original price of the C436 was the specs. At first glance, I didn’t see anything that was offered to warrant the hefty high-spec price tag. At the time I had my eye on the Acer 713 Chromebook as my next purchase. The Acer 713 offered something different and was cheaper than the C436.

I was of the opinion that in order to attach a hefty price tag to a Chrome OS laptop. I would have needed to see something different. The most obvious choice being the display. Asus are well known for offering fantastic displays in their mid-range Chromebooks. The issue I had was the C436 came with a Full HD resolution of 1,920 by 1,080 and a 16:9 aspect ratio. Very similar to the more affordable C434 and C433. The display, although slightly better, was not offering anything to stand out.

When comparing this to the Acer 713, which came with a 3:2 aspect ratio and a much higher resolution. I felt the Acer 713 offered a much better option than the C436. I’m sure I wasn’t alone with this, and a lot of people would have ended up buying the Acer 713 rather than the C436.

Asus C436 is a great Chromebook

Although I like my Acer 713 there are some issues I have with it. Taking a look at the Asus C436 and I don’t think these concerns would be an issue. Therefore, I’ve had a bit of a rethink when it comes to the C436. Don’t get me wrong at the original price it was way too expensive. At £799.99/$775.00 it’s still an expensive laptop, and could possibly do with coming down in price a little further.

That being said, the Asus C436 is a well built Chromebook. Asus has put the effort into the design of this laptop. The problem I’ve noticed with the Acer 713 is it has some poor design choices. The specs you get with the C436 are fantastic. A tenth-generation Intel i5 processor, 8 GB of RAM and up to 512 GB SSD storage.

The SSD storage is really good to see and explains the higher price tag. Most cheaper Chromebooks use eMMC storage. Perfectly acceptable, but not as reliable as SSD. Not only that, SSD comes into its own when dealing with transferring larger files. It provides a much faster transfer speed than eMMC storage is capable of.

Although I initially wasn’t very impressed with the C436 offering. At the lower price, even though still expensive. It’s a much more attractive offer. You get the peace of mind of excellent design and build quality Asus is known for. It’s without question one of the best Chromebooks when it comes to looks.

On top of that, the performance this laptop offers means you’ll be able to do anything Chrome OS is capable of. Definitely worth considering if you’re looking for a well-built Chromebook that can deliver on performance.