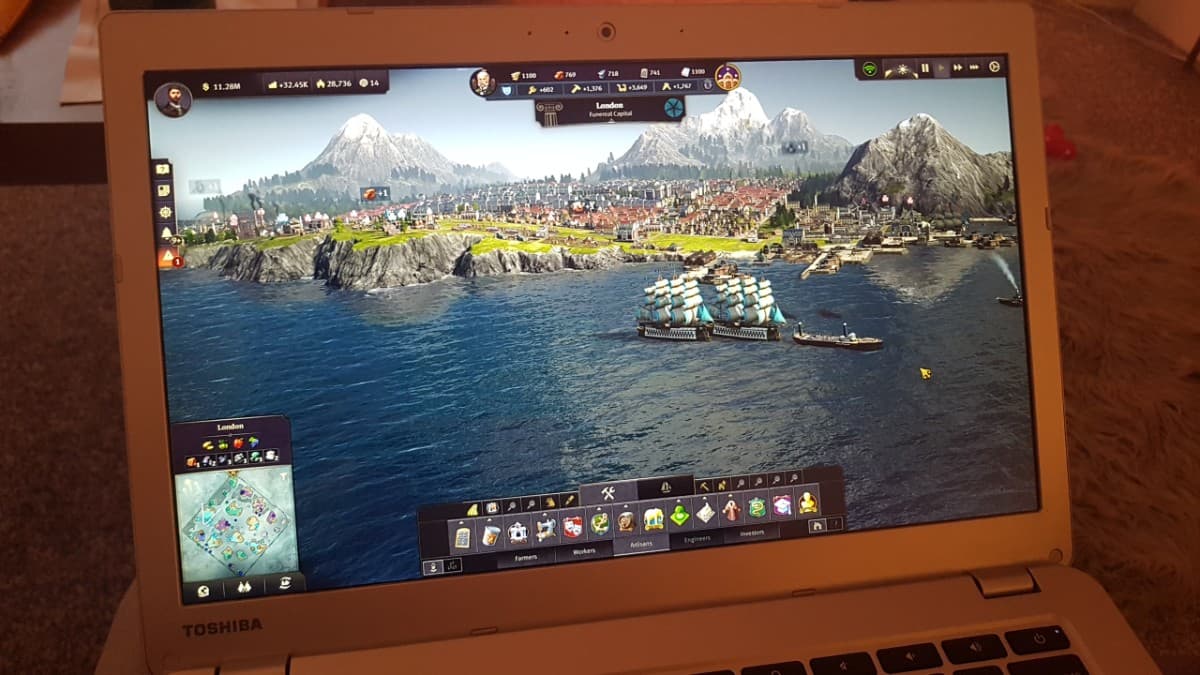 If you told me a year ago it would have been possible to play a game like Anno 1800 on a Chromebook I would have laughed. Why? This game provides excellent graphics and playing this on a Microsoft Windows PC needs serious hardware.

So I was really amazed when playing Anno 1800 on a Chromebook became a reality thanks to GeForce Now. You can play games you have previously purchased on gaming services such as Steam and Uplay on your Chromebook. All you need to do is sign up for an account with GeForce now.

Not all games are available at the moment. However, a huge selection of more modern games is available to play. I was happy this included Anno 1800 because I’ve been a fan of the Anno series of games for a very long time.

The great thing is you don’t need to worry about whether your Chromebook is really powerful to play the games either. Yes, of course, you’ll most likely get a better experience playing games on a Chromebook that offers good performance.

The GeForce now website provides a list of Chromebooks that can use the service. I would not necessarily take much notice of this though. The best thing to do is just to try it out on your Chromebook and see how you get on.

If you don’t yet own a Chromebook. Then I’d still consider buying one with at least an Intel M3 processor if you’ll be playing games using GeForce now. This is because although I was able to play Anno 1800 on a Chromebook with an Intel Celeron processor. Other games may do better with a Chromebook that comes with a more powerful processor.

GAMING ON A CHROMEBOOK

The ability to play games on a Chromebook is a game-changer. GeForce Now is great for anyone who wants to play existing PC games.

Google’s gaming service Stadia is also great for gaming on a Chromebook. There are plenty of titles you can choose from. These games tend to be the type of games you’d find on a console such as the PlayStation.

So the Chromebook now has the serious gamer covered. Between GeForce Now and Stadia, you can now play a huge number of gaming titles on your ChromeOS device.

If you’re not into gaming in such a big way. You always have more casual gaming available in the Android App store. There are plenty of games to choose from, which are perfect for passing time when travelling with your Chromebook.

The issue of Chromebooks not being good for games is history. This will surely encourage more people to make the switch to ChromeOS.