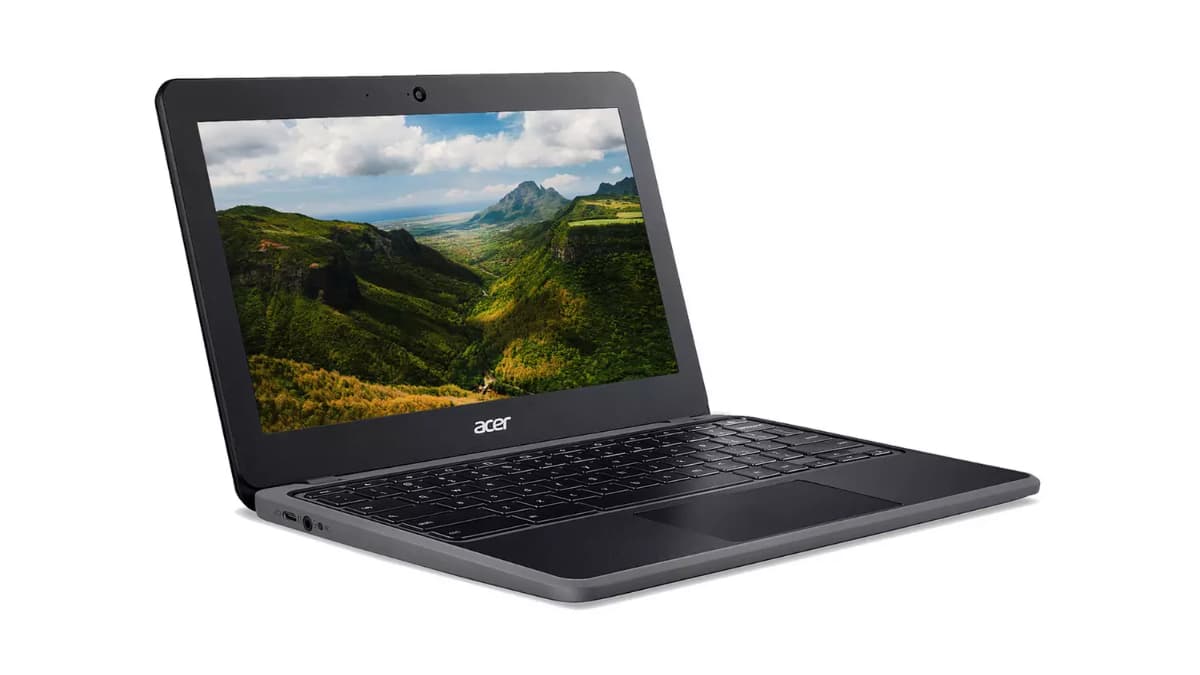 I created this blog back in 2018, which was a few years after owning my very first Chromebook in 2011. That Chromebook was the original HP Chromebook and I absolutely loved it. One thing that I liked was that although it was really cheap it came with an IPS panel.

Since then I have raved about IPS panels a lot on this blog because they are superior to TN panels in so many ways. It’s one of the reasons why I’m always let down by super-cheap Chromebooks because they always come with a TN panel. The issue with TN panels is viewing at an angle is hard work and nothing really pops out at you from the display.

However, you may be surprised that super-cheap Chromebooks with a TN panel do so much better in the sun. Yes, you’ve heard that right. If you want a Chromebook to use in the park, then a cheaper budget option might be a better choice. Although a TN panel is better in the sun an IPS panel is superior in every other way. This is why the devices in my Top Ten Chromebooks in 2022 all use an IPS panel or equivalent.

Today is a lovely sunny day

I got up this morning and do what I always do, which is to walk my dog. It was pretty misty at first but by the time we were nearly home the sun was out. Being that we’ve just gone through a really cold winter I couldn’t resist having my first coffee outside in the garden.

Sitting there I was thinking about how it would be great to work outside today. There was one thing that was putting me off. Yes, the sun, I love the sun but it doesn’t go well when working on a laptop. I’ve tried many times before using a laptop in the sun and it has always failed.

This includes trying my Pixel Slate, Acer Spin 713, Asus C302, Asus CX5, and all the other Chromebooks I’ve owned over the years. It doesn’t matter how bright the display is, trying to work outside in direct sunlight using an IPS panel doesn’t work.

I decided to check out my Acer C722

I bought my Acer 311 C722 last year as I could not resist reviewing it when I saw it on offer. I paid about £169 for it, and it’s roughly the same price in the USA. I wasn’t expecting to keep it, as I normally sell Chromebooks quickly after reviewing them to help with cash flow. However, I still own my budget Acer today a year on because it simply gets the job done.

What I wasn’t expecting was for me to get any use with this Chromebook outside in the sun. The sun doesn’t hit my garden too much in the morning, I’m lucky that happens a little later in the afternoon when it’s nice and hot.

Whenever I’ve tried to use a laptop with an IPS panel outside in the morning. Although the sun is not directly on me. I still find it difficult even with the brightness turned right up. The reflections from the sun can make it really challenging. So challenging that I accept it’s impossible using an IPS panel in direct sunlight.

My Acer C722 Chromebook is great in the sun

I was pretty surprised to see that my Acer C722 coped with the early morning sun really well. So well in fact I’ve managed to start writing an unfinished article, which is already over 2,000 words long. I’d normally need to be sitting at my desk using my Chromebox for a couple of hours to get to that stage. However, I’ve managed to do it outside in roughly the same time.

This is when I noticed that the morning sun was now the afternoon sun. The sun was directly shining down on where I was sitting, and still, I was able to type without struggling to see the text on the display. This is what has prompted me to write this post. I’m rather shocked my cheap Acer Chromebook is much better to use in the sun than an expensive alternative.

I’ve finally got something positive to say about a TN panel. In the past, I’ve always struggled with cheap Chromebooks due to the TN panel that they come with. Don’t get me wrong, in most scenarios they are far worse in terms of quality compared to an IPS panel. However, if you like using your laptop in the park or garden in the summer. Then I’d seriously suggest buying a Chromebook with a TN panel.

It’s a lot to do with reflections

TN panels used on cheaper Chromebooks do not use a glass screen. Therefore, you tend not to get reflections. Don’t get me wrong I’ve got the brightness set to max, but I can still clearly see the text whether I point the display away from the sun or directly at it. An IPS panel doesn’t work in either of these positions when you’re in direct sunlight.

When you use a TN panel you’ve always got to be directly in front of the display. The moment you move away from that position the image deteriorates. This is no different in the sun, you still have to be sitting directly in front of your Chromebook. The difference is the text is clearly visible without you needing to struggle or strain your eyes.

I now have a Chromebook to use in the park

I’m so happy I’ve recognised I can use my Acer C722 in direct sunlight. It means I’ll start taking it with me when I take my dog for afternoon walks. Instead of always knowing I’ve got to head home to get work done. I can simply sit in the park and get on with it. Meaning my dog can enjoy being outdoors for longer.

In relation to how clear the text is to see in direct sunlight. I would say it’s very similar to the experience of using an Amazon Kindle in the sun. Definitely not as clear as a kindle, which has been purposely designed for reading in the sun. However, it’s still easily possible to work with a Chromebook that has a TN panel in direct sunlight. It’s not great for general internet surfing and looking at images, but for reading or writing it’s perfectly fine.

I don’t know about you but for me, that is a big thumbs up for cheaper Chromebooks with a TN panel. I’m not suggesting you should ditch your laptop that uses IPS, as I’ve said they are clearly better overall. On the other hand, If you do like working in the sun. I’d definitely consider buying a cheaper Chromebook with a TN panel for that particular task.