Will the Lenovo Ideapad Duet make Chrome OS a success for 2-in-1 tablets? 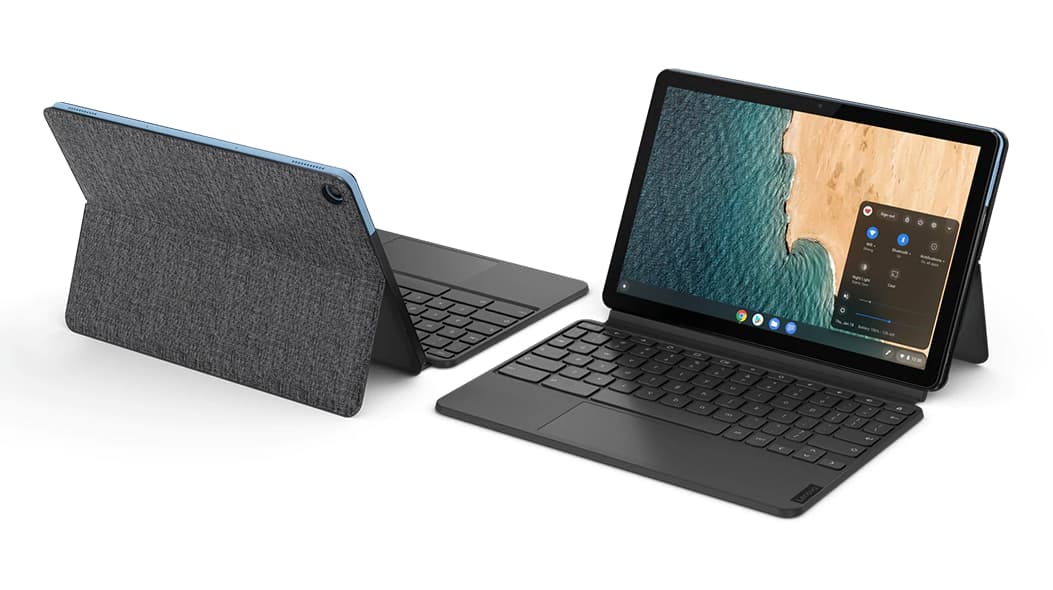 It was back in 2018 when we first saw the first major launch of a tablet running in Chrome OS. If you’re unsure what I’m talking about, where have you been? It was the not so good launch of the Pixel Slate.

Since then no other manufacturer has been brave enough to attempt launching a Chrome OS tablet that can also be used as a laptop. Instead, most manufacturers have concentrated on Chromebooks when it comes to Chrome OS.

Thankfully, Lenovo has decided it’s time to change all that. Some may feel this is a brave thing to do when you consider the failure of the Google Pixel Slate in 2018. There were many reasons why the Pixel Slate failed, but the main reason was that Chrome OS was simply not ready for the Pixel Slate.

We will soon see the launch of the Lenovo Duet Chromebook, which is also known as the Ideapad Duet Chromebook. So will this device make tablets using Chrome OS the success they definitely deserve?

WHY CHROME OS TABLETS HAVE FAILED SO FAR

Well, there are two main reasons for this. First of all, manufacturers were not that interested in developing Chrome OS tablets. Secondly, Google made the mistake of bringing out a costly Chrome OS tablet before the OS was advanced enough for tablet use.

This has definitely caused some damage to tablets running Chrome OS. The failure of the Pixel Slate is still well known by many.

Another big sticking point for consumers was the costly extras. The Pixel slate offered no keyboard and this had to be purchased separately. This would not have been too bad if it wasn’t for the high price of around $180/£180.

So you may be wondering what a 2-in-1 Chrome OS tablet actually is. It’s very similar to a 2-in-1 Hybrid Chromebook when it comes to functionality. The main difference is that you’ll most likely buy one if you prefer using a tablet over a laptop.

The same cannot be said for 2-in-1 Chrome OS tablets. If they are successful and I’m sure they will be. Nobody can argue with just how practical they potentially can be.

Unlike a Hybrid Chromebook, which works perfectly as a laptop, and is somewhat awkward as a tablet. A Chrome OS 2-in-1 tablet will not have the same issue. It’s been designed to be a tablet and will work just fine as a tablet.

The great benefit of Chrome OS is that it’s also been designed to work with Chromebooks. So attaching a keyboard to a Chrome OS tablet is going to give you an instant practical laptop setup.

THE PRICE IS RIGHT WITH LENOVO

There are many reasons to be excited about the upcoming launch of the Ideapad Duet Chromebook. First of all, it appears Lenovo has managed to create a pretty decent tablet at a really decent price.

Although I love high-spec Chrome OS devices. I also accept the main reason why Chrome OS and Chromebooks were successful is largely to do with the low price. Sure, today you can get Chromebooks that you can hardly call cheap. However, that is only because Chrome OS had time to develop into what we have today.

Buying a tablet running Chrome OS could be seen as a bit of gamble by some. Essentially, you’re buying into something that may never actually take off. So it makes sense that it will have a much better chance if the hardware isn’t too expensive.

Personally, I think Chrome OS is now ready for tablets. We were not in the same place in 2018 as we are today. Chrome OS has definitely proved itself with Chromebooks. Now it needs to do the same with tablets offering that 2-in-1 functionality.

I’m really excited about the potential Chrome OS has with tablets. Who would not want a device that works great as a tablet and just as great as a Chromebook?

I really do hope people realise just how good a deal a Chrome OS tablet can offer. If the Lenovo Duet Chromebook is the success I think it will be. Then this will open the doors for other manufacturers.

The price point of the Ideapad Chromebook Duet is bound to get a lot of interest. Also, the fact that it comes with a keyboard and cover included in the price, is surely a really good move by Lenovo.