Why your next computer should be a Chromebook 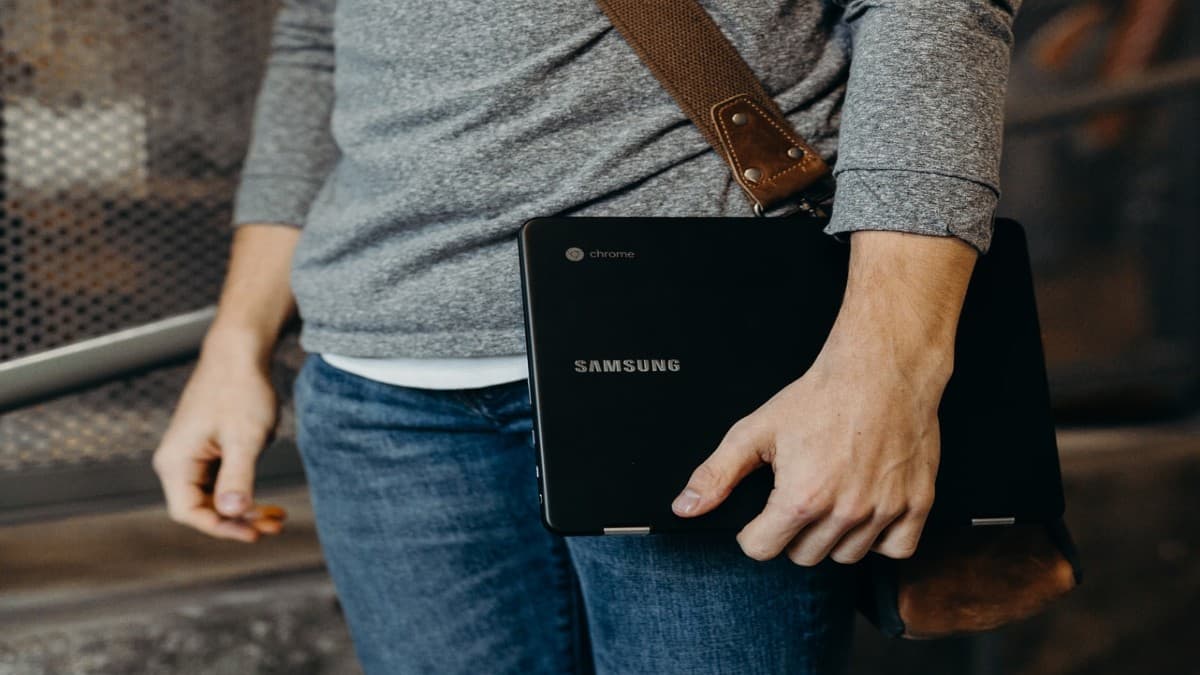 I’ve owned a Chromebook from the very beginning back in 2011. It was a hard sell back then and even when I created this website in 2018 a lot of people were not convinced with Chrome OS.

Of course, we’re still in a situation where some people are still not 100% sure about Chrome OS. What it is and how it differs to Microsoft Windows. This is down to misunderstandings and opinions about Chrome OS, which are no longer valid. Chrome OS continues to move forward and a lot has changed since it was first launched.

It’s still true today for a minority of people Chrome OS may not be the right choice. I’m looking at music creators and anyone looking to do intensive video editing. For everything else though, you can do it on a Chromebook, and in the majority of cases, it works better on a Chromebook.

So if you’re still unsure about Chrome OS and the Chromebook. Continue reading to find out why it’s definitely the right choice for most of us. If you’re already looking for a Chromebook have a read of the Top Ten Chromebooks in 2020.

CHROME OS WAS AHEAD OF ITS TIME

The Chromebook has struggled to get away from its past. The irony is all the things people were unsure about were due to Chrome OS being ahead of its time.

In the last five years, the way we interact with the internet using our phones, tablets and computers has changed dramatically.

Even now in 2020 I still regularly see people ask the question “Can I use Microsoft Office on a Chromebook?”. The answer is obviously yes, but not as you may have in the past.

The days of installing programs onto a computer are over. As the internet advances and thanks to HTML 5. You can do almost anything you’d do with an installed program from an internet page or app.

Another big concern was needing an internet connection to use a Chromebook. It may have only been 2011, but the idea of this being a concern in 2020 is somewhat strange.

It’s a similar story with cloud computing. Ask someone about cloud computing ten years ago and a lot of us wouldn’t really know what it meant. Sure, people may still be unfamiliar with it today, but the gap has shortened.

Cloud computing is the future. For it to be a success you need a connected world that just works. Well, we are there right now. Whether you’re in your home or on the train on the way to work. We now have an immediate, and more importantly, fast connection to the internet.

So the idea that people are still clinging on to Microsoft Windows and installing programs locally from a CD is baffling, to say the least. Yes, Microsoft Windows has started to take the right steps, but unlike Chrome OS; it’s well behind and has lost the confidence of the consumer market.

Cloud computing and saving your files to the cloud is the way forward. The great thing is Chrome OS allows you to seamlessly save your files in the cloud.

Using the cloud to save your files removes the issue of backing up your data. You no longer need to worry about all your cherished memories in the form of photos being lost for good. Why? you simply have them sync with a service such as Google Photos.

This is the same with all your work. Providing you save all your files in the cloud using a service such as Google Drive. You’ll no longer have to panic if your computer gives up on you.

Simply buy a new device and log in with your credentials and all your memories and work are readily available. It’s changed the way we use technology and Chrome OS was right up there from the very beginning.

ANDROID APPS HAS MADE CHROME OS EVEN MORE ACCESSIBLE

Android apps have been compatible with the Chromebook and Chrome OS for some years now. At the time though it was a complete game-changer.

Anyone who already owns an Android phone or tablet already has a familiarity with what Android apps offer. This is why the introduction of Android apps has seen a surge of new interest in Chrome OS.

It removed the limitations of not being able to use programs such as Microsoft Office. It also provided all the games and other productivity software you get from Android apps and the Play store.

Owning a Chrome OS device such as a Chromebook gives you access to all the software available from Google. To use a Chromebook you need a Google Account. Once you’ve set one up you get immediate access to some of the best software Google offers.

This includes Gmail, 15GB of Google Drive, Google Photos and a software productivity suite including a word processor, spreadsheet and slides program. All of these are available to use free of charge, so you can even move away from paying for a subscription to Microsoft Office.

All of these services work fantastically well with Chrome OS devices. You’d expect nothing less being that Chrome OS is a Google powered operating system.

There are three main reasons why Chrome OS has been a success. The big three selling points, which is seeing more people move over to Chrome OS.

Anyone who has used a Microsoft computer will know it’s definitely not fast. Incredibly slow updates and even booting the PC up in the morning can take a long time. This was fine when there were no other options.

However, as soon as people got used to smartphones and tablets. There was no way they would go back to using a Microsoft Computer. This is great, but it left a big gap for anyone needing an actual computer.

This is where Chome OS is perfect. It offers everything you need from a computer, but with the speed and reliability offered by a phone or tablet. Find out more about what makes Chrome OS so fast.

In today’s world keeping you and your data secure online is more important than ever. Google as one of the leading technology companies understands this only too well.

This is why Chrome OS has been created to provide one of the most secure operating systems in the world. When it comes to computing for the consumer. It’s without question the most secure way to surf the internet.

The best thing is you don’t need to waste your money on buying Anti-Virus software. This is because Chrome OS deals with viruses without you having to worry about it.

IT’S EASY TO USE

Do you want to spend most of your time finding out how to use something? The likely answer is no. Just like a phone or tablet, the Chromebook is incredibly easy to use.

There is no steep learning curve like you get with Microsoft Windows. You’ll not have to worry about drivers, errors, viruses and so on. Chrome OS takes care of all of this for you.

This means you’ll spend more time doing what you want to do. It’s one of the reasons why a Chromebook is perfect for someone who is not too comfortable with technology.

WHAT ABOUT PLAYING COMPUTER GAMES?

Well, this was an issue the Chromebook could not get away from. It changed a little when Android apps became available.

The problem is Android app games are for passing time. They are not games you can spend hours of fun playing. They are more for the casual gamer.

In the last year though this has changed a lot. In 2020 we saw the launch of Google’s own Stadia. An online platform, which allows you to stream games directly from your Chromebook.

Stadia is a great addition to Chrome OS for anyone who likes console-style games you get on popular devices such as the Sony Playstation. However, although Stadia removed the issue of not being able to play games on your Chromebook. It still left a gap for people who like playing strategy style games, which only really work well on a computer.

The great news is you can now play strategy games just like you would on a Microsoft Windows computer on a Chromebook. Thanks to GeForce Now, which is another streaming service this time from Nvidia. You can play all your favourite PC games on your Chromebook computer using services such as Steam and Uplay.

WHAT TYPE OF CHROME OS DEVICE IS RIGHT FOR YOU

There are many choices available when it comes to buying a computer, which uses the Chrome OS operating system.

Whether you’re looking for a budget laptop or high spec one. You’ll find plenty available to suit your needs.

Chrome OS is not just available in the form of a laptop though. You can also buy a Chromebox, which is a desktop-style computer or an all in one Chromebase.

Below is a selection of some of the Chromebooks you can currently buy. Most of these devices are available in both the USA, UK and around the world.

IT’S TIME TO MAKE THE SWITCH TO CHROMEBOOK

Chrome OS is continuing to evolve and this is thanks to the huge team behind it at Google. Also, the manufacturers who regularly bring out new devices with the latest technology inside.

It’s true some limitations still exist. If you need a computer for serious music or video editing. Then Chrome OS is not quite ready for you yet. For everything else though, you will find a Chrome OS computer will not let you down.

If you want a computer that is fast, secure, easy to use with a great battery life. Then you should be buying a Chromebook the next time you’re looking to buy a new laptop.

If you’re looking for a new computer now is the time to make the switch to Chrome OS. The popularity of the Chromebook and Chrome OS is going from strength to strength. This will only continue in the future.