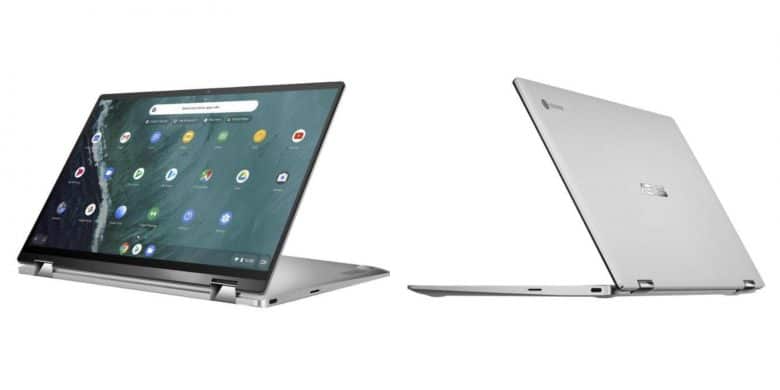 The Chromebook has come a long way since it was originally launched. It’s fair to say it did not have an easy start, but the Chromebook has definitely turned a corner in the last couple of years. So if you are buying a Chromebook in 2019 you need to make sure the specifications can take advantage of what the Chromebook now has to offer.

One of the biggest changes that have transformed the Chromebook is the introduction of Android Apps. This makes the Chromebook a much more attractive option for a much wider audience.

One of the great advantages of the Chromebook is the operating system Chrome OS. Chrome OS is a super-light operating system, which needs a lot less processing power than a computer running Microsoft Windows.

This is something to consider in the future. For Chromebooks to take that next step, you need to accept that the cost of Chromebooks may start to rise further. This is not a bad thing, it just shows the Chromebook operating system ‘Chrome OS’ is now offering more than what a Chromebook device with a cheap specification can handle.

WHAT PROCESSOR TO LOOK FOR WHEN BUYING A CHROMEBOOK IN 2019

This is where previously the Chromebook had no real need for a powerful processor. It’s still true today if you are looking to buy a budget Chromebook. However, if you are buying a Chromebook to take advantage of Android Apps and Linux Apps later down the line. Then you need to consider the Chromebook processor when making that next purchase.

At a minimum, you should be looking for a Chromebook that comes with an Intel Core M3 processor. These processors offer great speeds, dual-core, four-thread processing power. They range from clock speeds of 2.2 GHz right the way up to 3.4 GHz. A lot of new Chromebooks will feature such processors and because they are not as expensive as Intel i3, i5 or i7 processors. It means you will be able to get your hands on a powerful Chromebook at a pretty decent price.

The Intel i3 is the next step up from an Intel M3 processor. It’s the baby of the Intel Core ‘i’ range and offers great speeds at a reasonable price. The latest 8th generation i3 processor is capable of speeds of up to 3.90 GHz and comes with a 4MB cache. The amount of cache is important because this helps the processor store regularly used processes in the cache, which gives a better performance.

Intel i5 and i7 processors

If you want the very best that is on offer when buying a Chromebook in 2019. Then you will not go wrong if you buy a Chromebook with an Intel i5 or i7 processor. The i7 is the more powerful of the two, but it also usually comes at a much higher price.

You need to do your homework when choosing between an i5 and i7 processor because the difference in power can sometimes be so little. That it’s simply not worth the extra money you would pay for the i7 processor. However, if money is no object then opting for the i7 will always be the best option because it does offer more in terms of processing power.

The two key ingredients in making a computer run fast are the processor and the memory (RAM). There is no point buying a Chromebook with the latest processor if you then go cheap with the amount of RAM the laptop has. A Chromebook running 4GB of RAM is capable of running at good speeds. You can also use most Android Apps with this amount of RAM without encountering any problems. A year ago 4GB of RAM would be considered a lot for a Chromebook, but in 2019 4GB of RAM should be seen as the absolute minimum. This is why you should always buy as much RAM as you can afford.

The incredible Asus C302 comes with 4GB of RAM and is still considered one of the best Chromebooks you can buy today. However, looking forward to 2019 and beyond, if you want to ensure your next Chromebook is future proof you may want to opt for more than 4GB if you can.

HOW MUCH STORAGE YOU NEED FOR YOUR CHROMEBOOK IN 2019

The storage you need for your Chromebook has changed a lot over the last couple of years. The Chromebook has been made to work seamlessly with Google Drive, so you can easily save your work in the cloud. This meant it was not necessary to have a lot of hard disk storage on a Chromebook.

Having 32GB of storage on a Chromebook appeared to be all you would need a couple of years ago. However, even 32GB is now considered the absolute minimum. You will be able to install quite a few Android Apps with this amount of storage, but you will be limited with 32GB.

A Chromebook with 64GB of storage is a sensible option. You will be able to install a lot of Android Apps and it also means you will have no problem installing some Linux Apps. However, even with this amount of storage you may get to a point where you run out of storage. This is especially true if you will be looking at installing Linux Apps.

In 2019 you should ideally be looking for a Chromebook with 128GB of storage. This amount of storage means you will have no problem installing lots of Android and Linux Apps. Having 128GB of storage will make your Chromebook future proof. This is more important now than ever, as we just don’t know what type of Linux Apps may be launched in the future.

TYPE OF DISPLAY FOR YOUR CHROMEBOOK IN 2019

CHROMEBOOK CONNECTIVITY TO LOOK OUT FOR IN 2019

This is something that can be overlooked when buying a new laptop. The connectivity that comes with your Chromebook is important. The older style USB 3 ports are a thing of the past and will be replaced with USB Type-C ports. USB type-c not only offers a much faster transfer speed when using an external hard disk. It also offers a more user-friendly experience.

Type-C USB leads can be inserted into a Type-C port, either way, so you do not need to struggle to ensure you are putting the USB lead in the right way. Also, the Type-C port takes up a lot less space than the older style USB ports. What this generally means is the Chromebook can be designed in a much smaller slimline casing, as you can see with the Asus C302. However, that being said. It’s a big ask for everyone to go out and buy new peripherals such as hard disks and a USB mouse because what they have now do not support Type-C USB. So expect to see a bit of a u-turn in 2019 with some of the Chromebooks that will be launched to market. It’s most likely that some of the Chromebooks will be launched with the older USB style ports and Type – C USB ports.

This will allow you to still use your older hardware devices for some time to come. However, you should definitely ensure any future hard drives or USB mouse devices that you purchase support USB Type – C. This is because the support for the older USB style ports will likely be faded out completely in the next couple of years.

The future is looking great for the Chromebook. If you are looking to buy a new Chromebook in 2019 ensure you do your research first. A brand new model that has just been launched will be supported by Google for six and a half years, so you want to make sure the hardware inside your new Chromebook is as future proof as possible.