There has never been a better time to buy a Chromebook 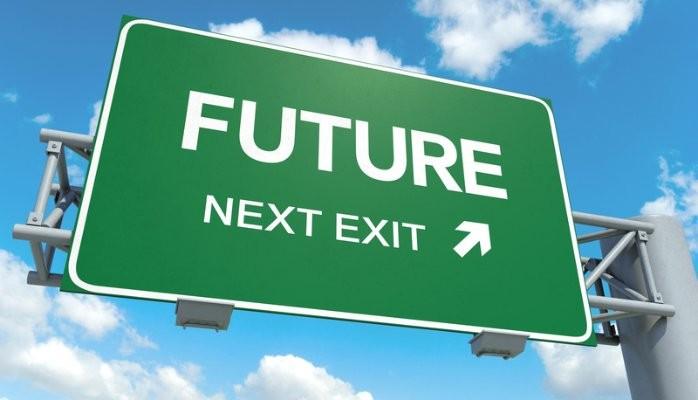 I’ve never been more into Chromebooks than I am right now. That’s a pretty weird thing to say considering I’ve loved and owned them from the very beginning. So why has there never been a better time to buy a Chromebook?

The main reasons why we are in such exciting times is the recent hardware that has been released and the constant advancement of Chrome OS. Gone are the days that you could only get your hands on a budget Chromebook. Today, there is a Chromebook device to suit everyone.

The best thing about the Chromebook in 2019 is that it’s an all-inclusive device. It’s no longer seen as a device just to surf the internet. The Chromebook has grown up and offers much more than that. The advancements of Chrome OS is remarkable when you think about it and this is only going to increase in the coming years.

CHROMEBOOK DEVICES FOR EVERYONE

Whether you need a Chromebook for the most basic of tasks such as internet surfing or a student looking for a computer to get them through university. You’ll find a device that is right for you. It’s not all about work and studying though, so when you’re looking for entertainment, the Chromebook can help with that too.

This is why now is the best time to take the jump over to the Chromebook. It does not matter what your budget is either, as you’ll find a device whatever your financial situation is.

Chromebooks have become a huge success in the education market and this is because of the low cost involved. They are not only cheaper to buy but are definitely much cheaper for a school or university to maintain.

They have also been a huge success with the older generation. My mum, in particular, was a late starter when it came to using computers. She is in her eighties and felt like she was missing out from not having a computer, so decided to buy a computer, a Microsoft computer.

Whenever I would speak with her on the phone she constantly had problems. When I asked why she bought a Microsoft computer she said the retailer recommended it. My mum is not someone you can easily persuade but when she finally decided to buy a Chromebook, she admitted, it was the best decision she made. Whether she is buying her groceries online or reading different articles on Google. She said everything is much easier and quicker now she uses a Chromebook.

ANDROID APPS HAS CHANGED THE CHROMEBOOK DESIGN FOR THE BETTER

The launch of Android Apps was a complete game-changer for Chrome OS devices. When I first used Android Apps on a Chromebook I was not overly impressed. This is because the traditional Chromebook laptop without a touchscreen was not what Android Apps were designed for.

Today, most Chromebook laptops come with a touchscreen, which makes using Apps so much easier. You can also get your hands on a Chrome OS device with touchscreen functionality at relatively low prices. Watch out for my comparison guide on the best budget Chromebooks, which is coming soon.

However, if you want more from what Chrome OS has to offer. Then you don’t need to worry because the recent high-spec Chromebooks that have been released have so much to offer. Most of them come as a Hybrid, which means they can be used as a laptop or tablet and some of them include a stylus for the artistic type. To find out more about the best high-spec models you can buy, have a read of my comparison guide of the best Chromebooks to buy in 2019.

The high spec Chromebooks that have been launched over the last 18 months have been specifically designed to take advantage of what Android Apps offer now and in the future.

Gone are the days where you could not play games on a Chromebook. It’s true you cannot play intensely coded strategy games but for the majority of people, you’ll easily find Android Games to keep you entertained that work perfectly on your Chromebook computer.

It’s not all about gaming though because Android Apps offer much more than that. They bring a whole new lease of life to your Chromebook computer. Whether you want to use Microsoft Office or graphics software you’ll find plenty of choices available in the Android App store.

THERE IS NO STOPPING CHROME OS

I’ve always loved Chrome OS. After all, what is there not to like. It’s fast and secure and never lets you down. The development of Chrome OS over the last few years has really helped the Chromebook take off.

It’s now seen as one of the safest operating systems used in a computer made for the consumer. It’s been receiving regular updates since it was born back in 2011. However, unlike other operating systems where advancements usually mean slower computers. Chrome OS is still as fast today as it was all those years ago.

If you’re reading this and you already own a Chromebook. Congratulations, you’ve already made the change to the most forward-thinking computer operating system we’ve seen in the last ten years.

If you have not yet decided on whether a Chromebook is right for you. Then, I hope this article has helped you realise now is the time to make the change. Chrome OS and the devices that are now built for it can compete with any other computer on the market.

This has helped the Chromebook become a household name around the world. This is just the beginning for the Chromebook and Chrome OS. The future has never looked brighter.