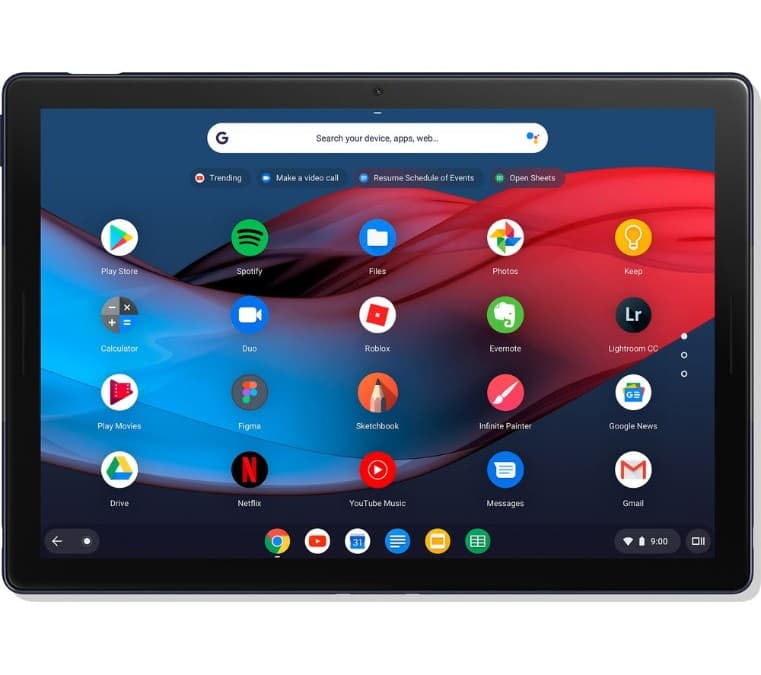 The Google Pixel Slate, which was launched in October 2018 did not do too well at the time. The main reason for this was because Chrome OS was not good enough in tablet mode.

Unfortunately, this meant the Pixel Slate got some poor reviews. This had a huge impact on sales and Google announced it would no longer continue with the Pixel Slate.

I’ve mentioned previously that this was a huge mistake by Google. There was nothing wrong with the hardware. The Pixel Slate is a fantastic Chrome OS tablet. If Google fixed the problems with Chrome OS and how it worked in tablet mode before releasing the Pixel Slate. It would have been more successful than it was.

Two years on and Chrome OS is much better in tablet mode, so all of the issues surrounding the device are fixed. However, the news that Google is no longer going to concentrate on future Pixel Slate devices has put people off buying them.

OVERPRICED FOR WHAT IT OFFERED AT THE TIME

Another issue for some people was the price of the Pixel Slate. In all fairness for what you get, it wasn’t overpriced. However, I accept having to pay out an extra $180/£180 for the keyboard and the additional cost for the stylus; simply put people off.

Again though, the keyboard on the Pixel Slate is far better than what if offered for the Apple iPad Pro. It’s a proper keyboard giving the same experience of what you’d expect from a laptop. The magnetic strip allowing you to position the display at an angle to suit your needs is simply genius.

If you want a tablet that offers excellent specs and a keyboard to match. Then you have to pay for that. This is possibly a problem for Google because I understand this means their devices are out of reach for a lot of people.

The great news is the Pixel Slate is now available at much cheaper prices than it has ever been. If you want a Chrome OS tablet with amazing features and specification, then you’ll not go wrong with the Pixel Slate.

CHROME OS TABLETS ARE GOING TO TAKE OFF

It’s taken a long time but Chrome OS tablets are now starting to take off. Apart from the Pixel Slate, there were not many tablets to choose from. However, recently, Lenovo launched the Duet Chromebook 2-in-1 tablet, which has already proved a huge success.

Lenovo releasing a cheap Chrome OS tablet into the market has seen interest in tablets running Chrome OS increase. This totally makes sense because they offer so much flexibility. You could even argue much more flexibility than a Chromebook.

This also explains why sales of Pixel Slate tablets have increased recently. Yes, it’s a lot to do with them being much cheaper, but it’s also to do with the new surge of interest for Chrome OS tablets.

If you’re looking for a Chrome OS tablet but the Lenovo Duet doesn’t offer everything you want. Then I’d strongly recommend taking a look at the Google Pixel Slate.

It’s a superior Chrome OS tablet offering excellent build quality, performance and one of the best displays you’ll see on a tablet device.

Also, the Automatic Updates Expiry date is not until 2026, so you’ll receive updates for the next six years. You can’t say no at the current prices for what it offers.