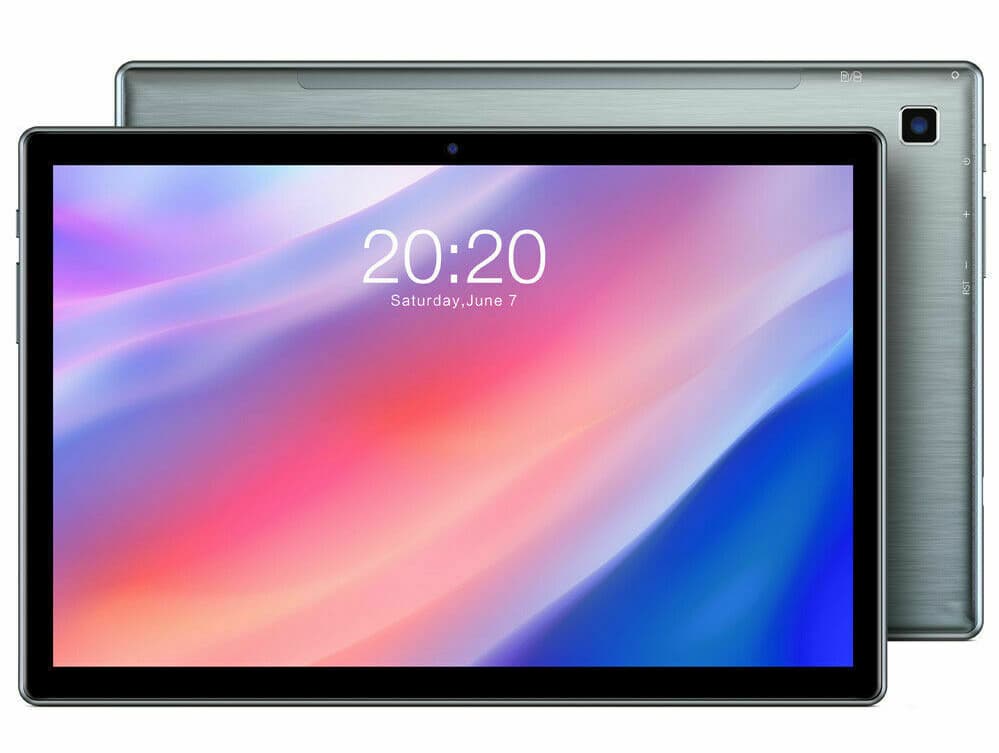 When it comes to buying an Android tablet I’m sure you’ve heard of the big names such as Samsung. They are well known for making great Android tablets. What you may not be so familiar with are tablets made by manufacturers which are less well known. In this article, I’ll be reviewing the Teclast P20 HD Android tablet, but before doing this. Let’s take a look at what it means when you buy a cheaper tablet from a less well-known manufacturer.

I generally always consider the manufacturer when buying new gadgets. However, this isn’t necessarily always the best way to get a bargain. Well-known brands come with higher price tags, so if you’re after an Android tablet without spending a fortune. Then buying a tablet from a less well-known manufacturer is a smart move providing you buy the right tablet.

It’s easy to assume buying a cheaper tablet will mean you’ll be getting a poor product. This can sometimes be the case, but not all the time. The Teclast P20 HD is cheap, but it certainly isn’t poor. The first thing you’ll notice is that it is made in China, but you shouldn’t be put off by this.

The reason why tablets such as the Teclast P20 HD is so cheap. Isn’t because it’s a poorly built tablet. It’s more to do with the brand. Teclast does not spend millions in marketing and TV advertising, they tend to not have any costly legal battles with bitter rivals to protect their brands either. All of this costs a lot of money, and this is all passed onto us the consumer. Not having these costs allows less well-known brands to offer cheaper products.

So now we’ve dealt with that issue. Let’s get on with reviewing the Teclast P20 HD 10.1-inch Android tablet. Is it worth the money or is it to good to be true? Well, read on to find out more.

One of the first things, which usually lets down a budget tablet is the build quality. The Teclast P20 does not suffer from this as it looks and feels pretty good. From looks alone, you would not immediately notice you’re handling a budget tablet.

The back of the tablet has a slated silver design and I assumed it would have been plastic considering the price. However, the actual back is metal with the edges being plastic. So it’s not as premium as much pricier tablets, but it’s good to see a metal back is provided.

The camera on the back sticks out a bit, which is the first real sign you get that this tablet is from a less well-known manufacturer. It’s not fantastic and I would have preferred the camera to have been aligned with the rest of the casing, but for the price, you can’t really complain.

When you consider this is a budget tablet, the overall build quality is perfectly fine. It looks really smart, and the slated silver design on the back makes it look more premium than it actually is. It’s slim and not bulky or too heavy to hold in your hands.

The performance is an important factor when buying a new tablet. The Teclast P20HD comes with an octa-core processor, which means it comes with eight cores. It’s not the fastest processor in the world, but I would not expect it to be at this price.

However, it can handle most tasks you’ll want to do on your tablet without any issues. You’ll have no problems internet surfing, using social media, streaming HD movies and listening to music. It’s also perfectly capable of handling Android Apps.

If you like your Android games then you’ll be happy to know the Teclast P20HD can handle these without any issues. Sure, it’s not going to perform the same as a tablet costing three times as much, but it isn’t sluggish either.

Moving around from different apps and switching to social media works seamlessly, and you’ll never get the impression the tablet is struggling to keep up with you. So for the price you’re paying the performance of this tablet is fine.

The Teclast P20HD comes with 4GB of RAM, which is more than enough for a budget Android tablet. In fact, a tablet with a budget processor does not need any more RAM than this. My Samsung tablet I use on a daily basis comes with 3GB and I have no issues when it comes to not having enough RAM.

The 4GB RAM available will mean you’ll easily be able to play Android games with advanced graphics without any issues. It also means you’ll have no problems when it comes to streaming HD movies. Android manages RAM well, so you don’t need to worry too much about running out of RAM. It’s definitely enough, so no issues here.

The storage is important if you like to install a lot of Android Apps. You’ll be able to install plenty of Android apps on the Teclast P20HD and this is thanks to the 64GB of storage available. Yes, 64GB isn’t a huge amount of storage, but it’s by no means tiny either.

When you consider the price of this tablet. It could have easily come with 32GB of storage, so it’s really good to see you get double the amount of space. 64GB of storage means you’ll easily be able to install all of your favourite Android apps and social media apps.

One of my biggest issues with cheap tablets is the display. The display is what you’ll be using to interact with your tablet on a daily basis, so it’s really important the display offers decent results.

The Teclast P20HD comes with a Full HD display with a resolution of 1,920 by 1,080. It also uses an IPS panel, which is really good to see because IPS offers greater viewing angles compared to some of the alternatives.

Yes, tablets with a much bigger price tag would offer better results with a higher resolution. However, if you’re reading this review it’s because you’re after a budget tablet. Considering the price of this tablet I’m pretty impressed with what the display offers.

It looks great whether you’re playing Android games or streaming HD movies, which is what the majority of us do on or tablets. It’s much better than the display I’ve found on other budget tablets, so you’ll not be let down by the display.

WHAT ELSE MAKES IT GREAT

I was pretty amazed to see that a tablet in this price range supports a Sim Card. This is usually something you only see on more expensive Android tablets.

This means you can take this tablet out and about with you and still get access to the internet. You will of course have to buy a sim card from a mobile network operator. However, if you want to use a tablet when out and about it’s an excellent plus for the Teclast P20HD.

A lot of budget Android tablets are usually shipped with an older version of Android. The Teclast P20HD uses the latest Android 10 operating system, which means you’ll have no issues of this tablet being a security risk in a few years from now.

It also means you’ll get access to all of the great features Android 10 offers compared to previous versions of the operating system. Getting a tablet that is future proof at this price is pretty impressive.

WHAT MAKES IT NOT SO GREAT

It comes with a rear 5-megapixel and a front 2-megapixel camera for taking selfies. Although you’ll get ok pictures they will be far from the quality you may be used to from your mobile phone.

However, even with more expensive tablets, you still would not get a camera offering the quality you get from a mobile phone. Also, I’m not too sure many people buy a tablet for the camera. So I think this was a good way to keep the cost of the tablet low.

The Teclast P20HD comes with stereo speakers located at the bottom of the tablet when holding it horizontally. Although the sound is loud enough, in fact, the speakers can go pretty loud. Do not expect to get any decent bass from the speakers.

They are fine for playing Android games, and they are perfectly fine for watching movies. I would not be buying this tablet if I wanted to listen to music from the speakers. The quality just isn’t there.

That being said, it’s very difficult to get amazing sound from any tablet or laptop. They are simply too small to add speakers, which will provide fantastic sound.

If you want to get really into the movie you’re watching or like to listen to music on your tablet. Then I’d take advantage of the headphone jack available, and listen through a pair of headphones.

If you’re after an Android tablet, which will not break the bank then the Teclast P20HD might be the right choice for you. It offers a lot for your money without making too many sacrifices along the way.

It’s got a decent build quality, performs perfectly well and has enough RAM and storage for a tablet in this price range. The option to use a sim card is good to see, which makes it perfect if you want a tablet to use on the move.

The display is perfectly acceptable for the price. The IPS panel means you’ll get great viewing angles, which is perfect for when playing Android games or watching the latest blockbuster.

I’m also impressed that it comes with Android 10, so this tablet is future proof. Unlike other manufacturers, you’ll also find there aren’t too many apps installed as standard. This can be pretty frustrating because all of these extra apps installed by manufacturers take up storage space. The Teclast P20HD strikes the right balance.

Perfect for an adult who does not want to spend a fortune on a fancy tablet. Also, ideal for children as a first tablet. The Teclast P20HD Android tablet is a very good offering for the price.