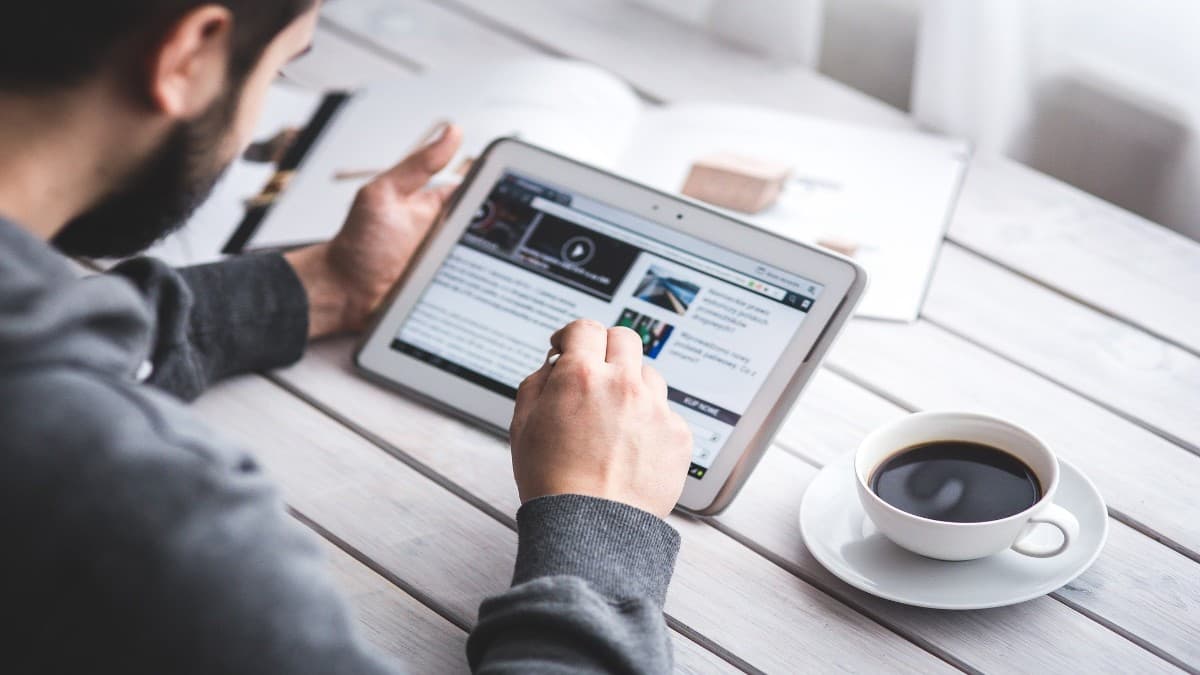 Tablets have been declining in market share for some years now. When they were originally launched they were one of the most successful technology products to be launched since the mobile phone.

So what caused the tablet market to crash and is it about to make a comeback?

One of the main reasons why tablets have declined over the years is to do with mobile phones becoming larger in size. When tablets originally launched the mobile phone was much smaller than it is today.

You can now get mobile phones, which are also referred to as Phablets with screen sizes from 6.3 to 6.8-inch displays. When you consider there were a lot of tablets with a screen size of 7 to 8-inches. It explains why tablet sales suffered.

Even with these larger display phones nobody can say they are as good as a tablet with a display size of 10-inches or more when it comes to entertainment. So what other reasons has caused the decline, and is this about to change?

Before we got larger mobile phones a lot of tablets were available. Most of them ranging from 7-inches to just over 10-inches. It’s fair to say the launch of larger phones has definitely had an impact on the smaller tablets.

However, tablets of at least 9-inches and over have continued to sell well, but have also been hit by a decline in sales.

Another main reason why tablets have seen a decline is that people were not wanting to pay for an extra mobile phone contract. To use a tablet out and about meant you had to have a contract for both your phone and tablet.

When it comes to the home where we have access to WiFi this is obviously not a problem. This is where most tablets are now used, in the home. Tablets being bought to be used on the move has dramatically dropped in sales.

WHY THE TABLET WAS ORIGINALLY SUCCESSFUL

So we’ve discussed what has caused the tablet to decline, but why did they become so popular in the first place. Well, this is where it gets a little interesting.

The fact many people were not prepared to pay for a second mobile contract to use their tablet when out and about. Suggests, they were buying a tablet to replace something else.

The launch of the iPhone and shortly followed by the Android phone gave people a different experience to anything they had experienced before. The touchscreen when originally launched was an absolute game-changer.

This gave people a much more engaging and easier to use device compared to what they were previously used to. Before touchscreen phones became mainstream most people would have to use a Microsoft desktop or laptop PC to do most of the things they wanted to do on the internet.

It took a few years for websites to catch up and make them compatible with touchscreen devices. Once they were there was no going back for the majority of people.

Doing your online groceries or booking your next holiday abroad was now possible from your phone rather than the Windows PC most people dreaded using.

Once people realised it was possible to do almost anything on the internet from a touchscreen display. It opened the market for the tablet. The phone was more appealing than using a frustrating desktop or laptop PC.

It wasn’t difficult for manufacturers to realise that people wanted more. What they wanted was the same experience with a much larger display. This is what caused the tablet market to soar in the early years.

THERE MUST BE MORE TO THE TABLET DECLINE

It certainly isn’t that people decided to go back to using a laptop or desktop PC using Microsoft Windows. Microsoft has continued to see a large decline in sales and is no longer considered as a go-to operating system for the vast majority of consumers.

Although people loved what the tablet provided compared to Microsoft Windows, which was a much easier and faster online experience. What a lot of people did miss was an actual keyboard.

I love tablets, but I could never be productive with one. For me, a keyboard is absolutely essential. Yes, tablets have improved a lot when it comes to the virtual keyboard experience, but it cannot compete with a physical keyboard.

The Chromebook was the perfect product to bridge the gap. The gap between tablet users who did not want to go back to Microsoft Windows, but not 100% happy with the loss of a keyboard.

SO WHY WILL TABLETS MAKE A COMEBACK

A lot of time has passed since tablets were in every home. Since then there have been three main directions that people have gone in.

A lot have embraced the tablet and still continue to use them as their main device today. The other decided to invest in a larger mobile phone to interact with the internet on a daily basis. The other moved over to the Chromebook to take advantage of a physical keyboard and a more computer-based operating system.

However, you can see that people are still hungry for more. There are many who miss the casual use of a tablet. Especially when chilling at home in front of the TV. Don’t get me wrong I love my Chromebook, but it isn’t something I can use casually in front of my TV.

Chrome OS has now advanced enough that it is now ready for tablets. The main difference between Chrome OS tablets and Android tablets is huge. Chrome OS has a lot more to give than Android alone.

Also, it’s now almost perfect in tablet use. Yes, it still isn’t as seamless in tablet mode as an Android tablet, but it’s getting better with every update. However, Chrome OS is much better when used with a detachable keyboard. You’re essentially turning your Chrome OS tablet into Chromebook laptop without any compromise on usability.

This is why I’m certain the tablet market will take off again in the next couple of years. As soon as people realise a Chrome OS tablet can offer the best overall experience for both a tablet and a laptop user. It will start to take off in a very big way.

The launch of the Ideapad Chromebook Duet by Lenovo will be something to watch closely. I personally think it will be a great success. Yes, I’m sure there will be a few issues that need to be overcome. However, when you consider the price, it will no doubt be a great success.