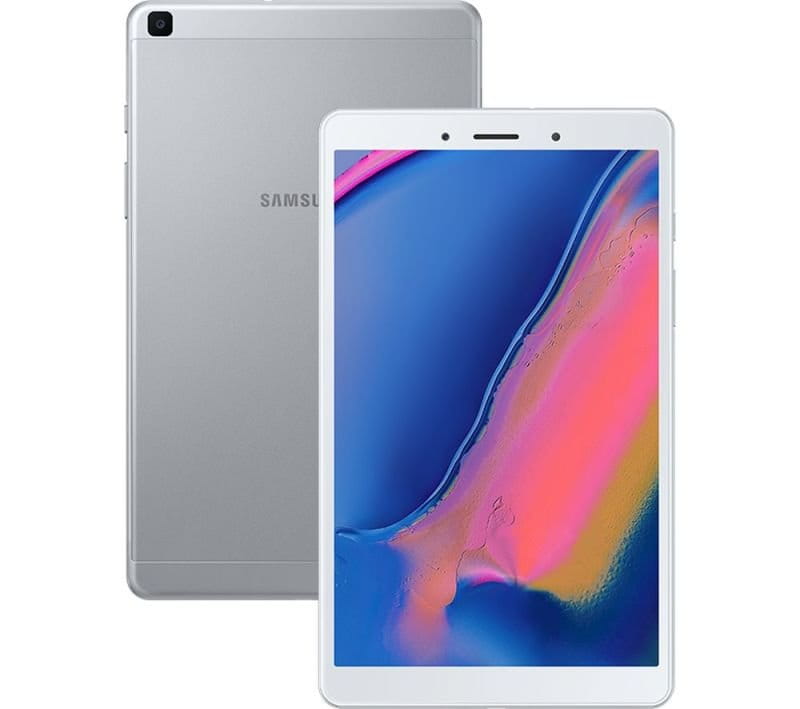 As you’d expect from Samsung the Tab A8 is a well-built device. This is thanks to the metal used on the back of the tablet, which gives it a nice premium feel. The front of the tablet is mainly used up by the display, but you do get slightly large bezels at the top and bottom. The bezels aren’t huge, but they are noticeable, and with no home button at the bottom of the tablet; I’m not convinced those bezels are needed.

It’s an 8-inch tablet, which makes it perfect for using when you’re out and about. Aimed at children and adults who are looking for a tablet for casual use. It weighs in at just 345 grams, so it’s pretty lightweight and will be hardly noticeable in your bag.

If you’re after a tablet, which takes up very little space for casual internet use then this may be just perfect for the price. It’s available in a WiFi-only version or you can spend a little more if you’d like to use a mobile sim. I can see a tablet of this size being used regularly on the move, so the addition of an LTE version is good to see.

I’ve already mentioned this tablet was made for casual use. The main reason why I say this is because this tablet isn’t for any serious Android gamer out there. It comes with a quad-core processor with a clock speed of 2 GHz, which may sound impressive but the processor alone isn’t enough to make a tablet perform.

The tablet comes with just 2GB of RAM, which is pretty low. I’d recommend at least 3GB of RAM for an Android tablet. Don’t get me wrong. If you’re after a tablet for internet surfing or to use social media then the Tab A8 will perform just fine. Find out more about how much RAM you need for an Android tablet.

If, however, you are looking for a tablet to play Android Games or to use any Android app, which needs a lot of RAM. Then I’d be looking elsewhere. Luckily, Android manages RAM really well, so you’ll never be in a situation where the RAM stops the tablet from working. That being said, you will notice that it can be extremely slow when swapping from one app to the next due to the amount of RAM available.

This is why I’d only recommend buying this tablet if you’ll be surfing the internet and using social media. You should also be fine streaming movies, but there is a possibility even this may struggle at times due to the RAM available. The fact this tablet does not support HD movies, then streaming Non-HD films should work fine.

The amount of storage at 32GB is a little on the low side. You’ll be able to install your favourite Android apps and social media. You’ll also be able to download some music to listen to when out and about. However, you’ll most likely have to manage the space available from time to time when storage becomes low. You can always add extra storage by using the Micro SD slot available.

The display for a tablet in this price range is perfectly fine. It looks good and the viewing angles are fine. It’s not Full HD though, which means streaming HD movies is out of the question. It comes with a resolution of 1,280 by 800. For an 8-inch tablet, the resolution is fine though, so no real concerns here.

The display definitely is bright enough, which means it will be perfect to use both inside and out. Again, this is why this tablet is perfect for anyone who wants a tablet to use when out and about. Perfect for the traveller who is looking for a tablet, which does not take up too much space.

The tablet comes with a 2-megapixel front-facing and 8-megapixel rear-facing camera. I would not expect you’d get any decent selfies from the 2-megapixel camera, so perhaps you’ll want to continue to use your phone for that.

The rear camera will provide slightly better photos, but it will still be a far cry from the quality you’d see from a mid or high-spec phone. In all fairness, I don’t think many of us use the cameras on a tablet, so I don’t see this as a big issue considering the price of the tablet.

The battery comes with a 5,100 mAh battery. This isn’t too bad considering the size of the tablet. You should easily be able to get around 7 hours of use from a full charge. This will obviously depend on what you’re doing though. If you keep the display away from 100% brightness, you’ll possibly get a little more.

If you’re after a tablet to use either in the home or out and about, which does not take up too much space then the Tab A8 is ideal. Perfect for anyone who will mainly be internet surfing, listening to music and using social media. It’s lightweight and has a decent build quality, which is exactly what you’d expect from Samsung.

I would not recommend the Samsung Galaxy Tab A8 if you want a tablet for serious Android gaming though. Sure, you’ll be able to play basic Android games without any issues. If you prefer games with advanced graphics, then you’ll most likely see this tablet will struggle.

The amount of RAM available at 2GB just isn’t enough for doing anything too serious. It will also mean you may get frustrated with how slow it is if you open to many apps at the same time.

Perfect for children and adults for casual use, as the price of the tablet is pretty good considering you’re getting a Samsung tablet. Just don’t expect this tablet to perform really quickly, which you’ll notice if you’re used to using a high-spec phone.