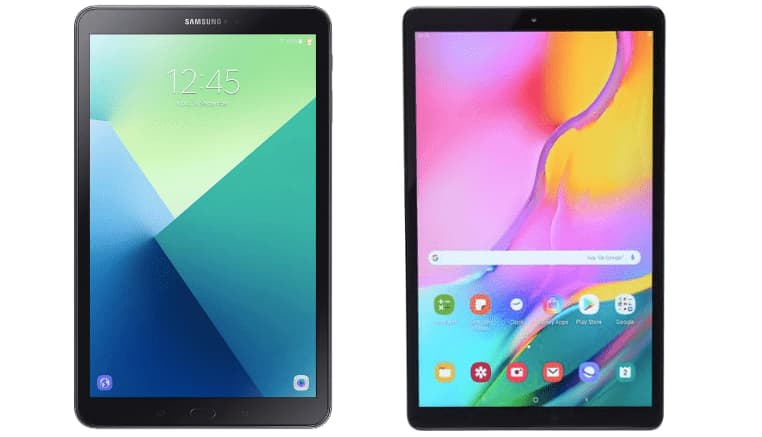 When it comes to Android Tablets one of the best manufacturers is Samsung. They’ve been making Android Tablets for many years and the models released get slicker every time.

This is also true of the latest Samsung Galaxy Tab A 10.1 – 2019 edition. It replaces the Samsung Tab A 10.1 that was released in 2016. The 2016 model had huge success, which was mainly down to good design and a price that was pretty reasonable for what you were getting.

The Samsung 2016 model was a well-designed tablet and for the price, it was an absolute steal. It was always going to be hard for Samsung to bring out a newer version of this much-loved tablet. However, they’ve done it and the price difference, well there isn’t a price difference.

Samsung has managed to keep the price the same, which is pretty impressive considering the build quality of the 2019 edition is much better.

First of all, you’ll notice the 2019 edition comes in a cool metal casing. This is much nicer to look and hold compared to the 2016 edition of this model. It’s also just 7.5mm thick or should I say thin. Yes, the 2019 Samsung Tab A 10.1 is a beautiful looking tablet.

Another big change is that Samsung has removed the home button at the bottom of the device. The new model no longer has a physical button, as you use the touchscreen instead. This helps make the 2019 version look much cooler than the previous 2016 tablet.

The 2019 edition also comes with slimmer bezels, which not only makes the tablet look nicer. It also means you concentrate more on what’s on the display. Overall, it feels much less bulky than the older 2016 design. It’s also lighter at just 458g compared to 526g.

To keep the price low Samsung has opted for the same amount of RAM at 2GB. This will be fine for using most of the Android Apps available from the App store. For the price, you cannot really expect much more than this.

Again, it’s the same with the storage at 32GB. This amount of storage is fine for storing Android Apps but you may start to struggle with storage if you want to download a lot of music onto your device.

The display offers the same amount of resolution at 1,920 x 1,200, which is a pretty decent resolution size for a tablet in this price range.

IS IT WORTH BUYING

If you already own the older model, then there is no need to go out and upgrade right away. It’s fair to say most of the changes are cosmetic. However, if you’re looking to upgrade or buy a new tablet, then the Samsung Tab A 10.1 2019 edition offers excellent value for money.