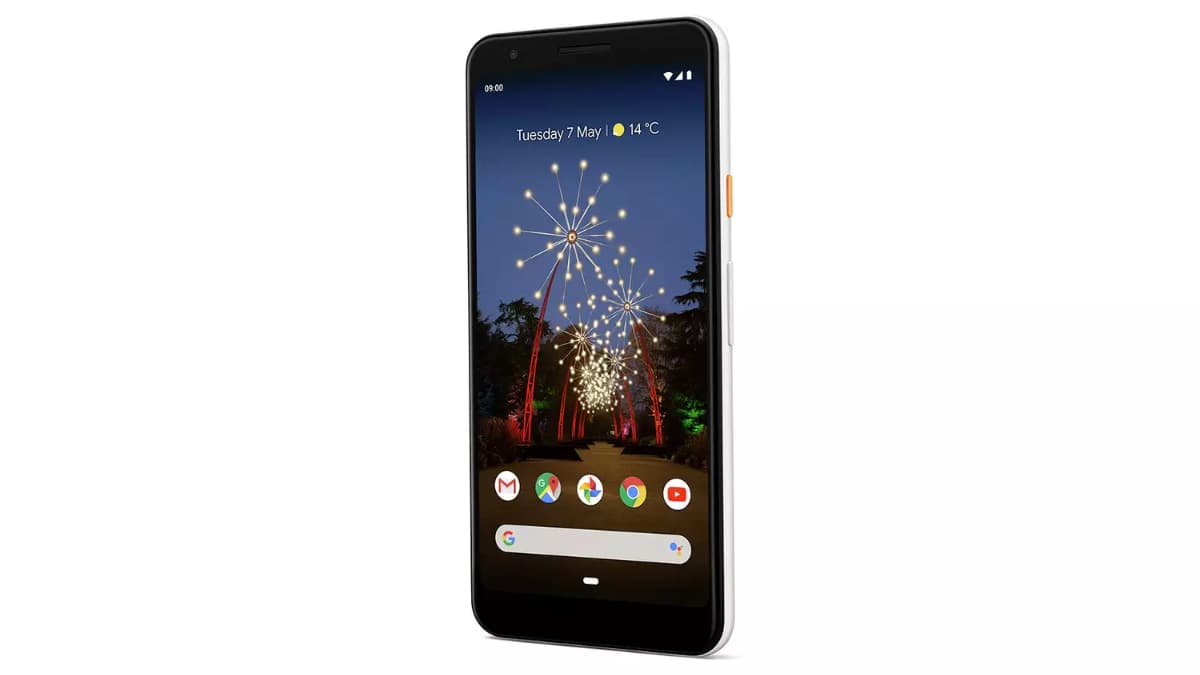 The Pixel 3A phone by Google was designed for people who do not have an open-ended budget. It’s the cut down version of the very popular Pixel 3 phone without all the fancy extras.

Mobile phones have got really expensive in the last seven years, so it’s really good to see that Google has realised this and done something about it.

The Pixel 3A may be a budget phone, but don’t make the mistake of thinking that means it’s no good. The Pixel 3A is a fantastic phone and can easily stand proud against other more expensive phones.

So let’s take a closer look in this Pixel 3A mobile phone review. We’ll look at what it offers and how it differs from the Pixel 3.

At first glance, the 3A looks almost identical to the Pixel 3 phone. Dig a little deeper though and you see the subtle differences. Remember, the Pixel 3A is about offering you what the flagship Pixel 3 offered at a much cheaper price.

Gone is the glass back of the Pixel 3, which is replaced with plastic. Whenever you hear the word plastic you immediately think cheap. However, Google has designed the 3A really well.

The thing with mobile phones, which has always frustrated me a little is what we do to protect them. By that I mean you get a brand new phone made of beautiful aluminium, but immediately put a plastic case over it to protect it from damage.

Don’t get me wrong I’m not knocking you for doing this because I do exactly the same. However, it does mean you never really get the benefit of the exterior metals and glass that a flagship phone uses. This is why the Pixel 3A being made of plastic is no big deal whatsoever when you consider the price you’re paying.

Unlike the Pixel 3, the 3A has seen the return of the headphone jack. This will be good news for anyone who has not yet traded in their wired headphones for Bluetooth headphones. It also comes with a fingerprint scanner on the back, which is great for accessing your banking apps.

When it comes to performance it’s obviously not as powerful as the Pixel 3. Well, when you’re spending a few hundred less then you would not expect anything else. That being said, the Pixel 3A still performs well for the price range it sits in.

It comes with a Snapdragon 670 processor, which is a mid-range processor. It performs perfectly well when using apps on a daily basis. Where you will see the slight performance issues is when you load up new apps that are not sitting in the background.

It comes with 4GB of RAM, which is more than enough for a mobile phone. Find out how Android OS uses RAM and how much an Android device needs. This amount of RAM should cause you very little problems when using most of the Android Apps available on the app store.

The storage of 64GB, again, is enough for most people. You’ll be able to install plenty of Android apps with this amount of storage without too many issues. You’ll also be able to download music onto your phone to save on your data without the risk of running out of space.

Obviously, you’ll be a little limited compared to buying a phone with more storage. However, for the price of the phone, the storage is absolutely fine.

The 5.6-inch full HD display will not disappoint. The OLED screen with a resolution of 2220 x 1080 offers amazingly crisp images for a display size this small.

If you compare it to the Pixel 3, you’ll obviously see that the display is not as good. Don’t get me wrong, it’s still a great display for the price, but the colours are not as sharp and you don’t get the same amount of brightness that you get from the higher-priced Pixel 3.

The quality of the camera on a phone is important. We all love taking photos and then uploading to our social media. So the image quality of the photos we take needs to be of a decent standard.

The Pixel 3 is well known for having one of the best cameras you can get in a phone. So the Pixel 3A has a lot to live up to. The main difference between the 3A and Pixel 3 is processing power.

The Pixel 3A definitely takes longer to process photos and the quality is obviously not as good. You’ll still get great photos and this is thanks to the 12.2-megapixel camera used on the back, but you can notice the difference.

You’ll also notice the effects you have available on the 3A do not work as well as they do on the Pixel 3. So if you’re someone who likes to add effects to their photos after taking them. This is something you’ll need to consider if buying the Pixel 3A.

Just like any mobile phone today, you should not expect to be able to use the phone for more than a day. The battery life of a phone is important, but I cannot remember the last time I owned a phone where the battery was not an issue.

Until battery technology improves, we cannot really expect to get much more than 24 hours max out of a phone today. The Pixel 3A is a relatively compact phone compared to larger phones available, so the battery is not going to last as long.

However, it does have a slightly larger battery than the Pixel 3. The 3A has 3,000mAh while the Pixel 3 comes with 2,915 mAh. Yes, the difference is tiny, but it shows the 3A offers relatively the same when it comes to the amount you’ll get from a single charge.

If you’re after a phone made by Google but not wanting to spend a small fortune. Then this may be the right phone for you. It cannot compete against any flagship phone out there, but you wouldn’t expect that to be the case.

It’s a small compact phone, which may not be to everyone’s taste. If you like your phones small though, then you’ll be really happy with the size and weight of the Pixel 3A.

The performance is fine for the price and the amount of RAM and storage available will cause you no problems.

If you don’t already own a flagship phone and want a decent phone without spending a small fortune. Then I’d definitely consider the 3A if you’re looking for a decent phone at a decent price.