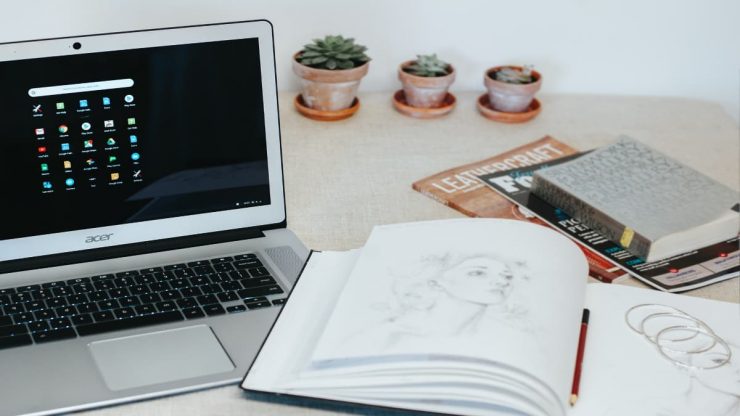 One thing I’ve noticed is that I’ve become a bit of a high-spec chaser when looking at Chromebooks. This is fine if you’re looking for a high-spec Chrome OS laptop. However, not everyone is interested in a Chromebook that offers everything. The problem with me comparing Chromebooks to high-spec devices. Is that I’ve been pretty critical about Chromebooks that don’t offer certain specs. By doing this I’m ignoring a huge number of people who choose a Chromebook because of the price. After all, this is one of the reasons why the Chromebook initially became so popular.

There is nothing wrong with wanting a high-spec Chromebook. That being said, there is also nothing wrong with wanting a Chromebook that is capable of the basics. What has helped me realise this is some of the comments I’ve read about the Asus C223 Chromebook. This is a laptop, which I’ve always considered to be cheap and not really suitable for many people. The thing is I’m obviously wrong. I know this just by looking at the comments for this laptop. So in the article, I’ve linked above. I’ve tried to be a little more realistic when discussing the specs. After all, I hate the idea I’d ever put someone off buying a Chromebook because it isn’t what I’d buy.

Yes, it’s true the display is a TN panel, which is inferior to an IPS panel. It’s also true that it does not come with a touchscreen, so some Android apps may not be too great. However, the only person who can decide whether a laptop is right for them or not is the person buying it. I guess this means I’ve become a bit of a snob when looking at Chromebooks. I find this a tad concerning because the main reason for creating this website was to get more people to move over to Chrome OS.

A WAKE UP CALL

Reading those comments about the Asus C223 Chromebook, which I would normally recommend people to avoid. I think shows that perhaps I’m the one who needs to take another look. I’m not making any excuses, but it’s very easy to start being super critical about something when you write about it every day. It’s fine being critical and pointing out when a Chromebook lacks certain features. It’s not fine when I decide I should ignore cheaper Chromebooks because they don’t offer what I want. It’s not really about what I’d be happy to use. It’s about providing information about all the types of Chromebooks available.

So, I’ve decided I need to stop being so critical about budget Chromebooks. To try and ensure I’m writing about Chromebooks for everyone, and not just about Chromebooks I’d be happy to use. That doesn’t mean I’m not going to get excited about a Chromebook offering great specs. It just means I’ll try and be a little more accepting that what I find important, and what someone else finds important are two very different things. I’ll still clearly point out when there are better budget Chromebooks available, but it’s about making it clear this may mean having to pay more, which not everyone wants to do.

I think I’ve always been very clear about what a Chromebook is capable of. That isn’t really the issue here. It’s more about me choosing to ignore Chromebooks that I feel don’t meet my standards. This website isn’t about me. It’s about Chrome OS, Chromebooks and the Chromebox. I think a change is needed, to make it clearer about what it means when a Chromebook may not offer all the specs. To try and ensure I’m comparing the specs available against the price.