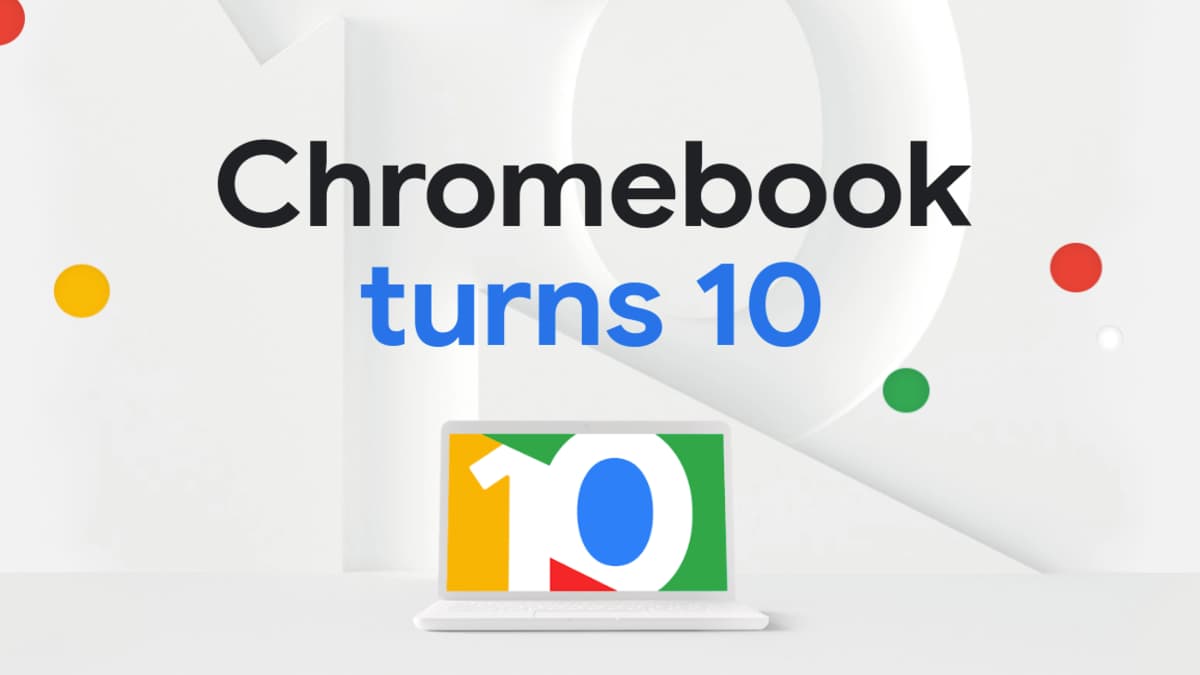 It’s official, Chrome OS has turned ten and Google did not want this great achievement to go unnoticed. A new page on their website to celebrate the tenth birthday of the Chromebook is available. They’ve not held back on producing a super cool web page to highlight everything that is great about Chrome OS and the Chromebook.

To celebrate its tenth birthday Chrome OS will be launching new features. These include making it easier to move between your Android phone and Chromebook with the new Phone Hub. They also confirm that video screen capturing will be built into the operating system going forward. This is great to see because most of the options currently available for capturing video are not that great. Also, most of the capturing software out there is only available with a monthly or yearly subscription.

Another great feature is WiFi syncing. This allows your Chromebook to seamlessly use any trusted WiFi networks, which your Android phone has used previously. This means there will be no more having to set up a new WiFi connection. Syncing to your phones internet connection has already improved a lot with the Chromebook in recent time. I noticed this when I was travelling over Christmas and my Chromebook started to use my phones internet connection without me having to do a thing. Might not sound like a great deal, but when you’re on the move it can be frustrating remembering mobile WiFi passwords you set up previously.

If you want to know more about these features and all the other improvements we’ll be seeing. Take a look at the fantastic Google page celebrating ten years of the Chromebook.

THE HISTORY OF THE CHROMEBOOK

If anyone has read my blog pages before. You’ll know I regularly look back at what the Chromebook and Chrome OS offered when it was first launched. For the tenth birthday, Google has also provided a look back at history from when the Chromebook was created. Going right back to 2010 a year before the initial release of the Chromebook. When a pilot program was launched to give people a look at the future of what cloud computing will offer.

I’m delighted where we are in 2021. Being someone who adopted the new technology from the very beginning. I was absolutely convinced Chrome OS would be a success. This was whilst a lot of technology news websites were far from convinced. Rather comical now looking back that the issues they were worried about are now benefits. Here is to another great ten years of the Chromebook, Chromebox, detachable Chromebook, Chromebase and Chrome OS.