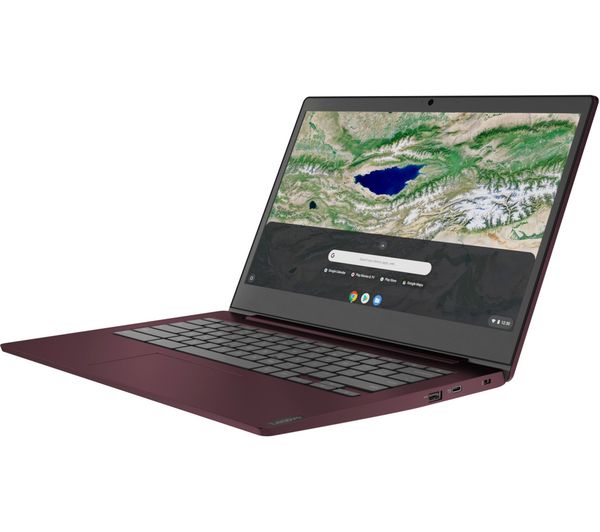 It appears Lenovo is getting more involved with Chromebooks recently. There is now a selection of Lenovo models to choose from and they are pretty decent devices.

However, Lenovo has not stopped there because they have released a brand new range of Chromebooks. They have released three new Chromebook models under a new S340 range of laptops. They look exactly the same as the S330, so it looks as if they are possibly set to replace this series.

A CLOSER LOOK AT THE THREE MODELS

There are three new models available, which come with a display size of 11.6-inch, 14-inch, and 15.6-inch. That pretty much covers all of the Chromebook sizes you could think of. Does anyone get the impression Lenovo is trying to take over the Chromebook market?

One of the differences to the new S340 range is that they come in different colours. This is great for anyone who finds traditional colours such as black a little dull.

THEY ARE CURRENTLY HARD TO FIND

However, it’s a rather strange launch because these Chromebooks are nowhere to be found on the official Lenovo website. I’ve also struggled to find them on retailers such as Amazon UK and Best Buy in the USA.

I can only assume Lenovo are not wanting to spend too much money on advertising because this is the most low key launch of a product I’ve ever seen.

This also goes well with my theory that these are simply to replace the S330 range. If this is the case it explains why Lenovo has not made such a big deal about it.

I DID MANAGE TO FIND A RETAILER

After some hunting, I eventually managed to find a retailer who has the S340 Chromebook in stock. Currys PC World in the UK has just one of the models currently for sale. However, I’ve been unsuccessful in finding any retailer in the USA selling the S340 at the moment.

The model on sale at Currys PC world is the 14-inch S340 and is currently available in black or purple.

A CLOSER LOOK AT THE SPECS

The 14-inch S340 comes with an Intel Celeron N4000 processor. It has a base speed of 1.1 GHz but has the capability of reaching 2.6 GHz when needed. It has a 4MB cache, which helps speed up processes that occur on a regular basis.

The memory on offer is 4GB and comes with 64GB of storage. This is what you would expect to see from a budget Chromebook in 2019, so no complaints here.

The display is a 14-inch full HD with a resolution of 1,920 x 1,080. It’s good to see Lenovo has opted for a Full HD display. However, it does not come with an IPS panel as they have gone for a TN panel instead.

There are always compromises that need to be made when buying a budget Chromebook. It’s just a shame they decided to cut corners on the display panel. However, if you’re after a 14-inch Chromebook at an amazing price, then you can’t really expect to have it all.

It will be good to see the specs for the other two display sizes to see if they are different. When I hear anything I’ll update this post with the new details.