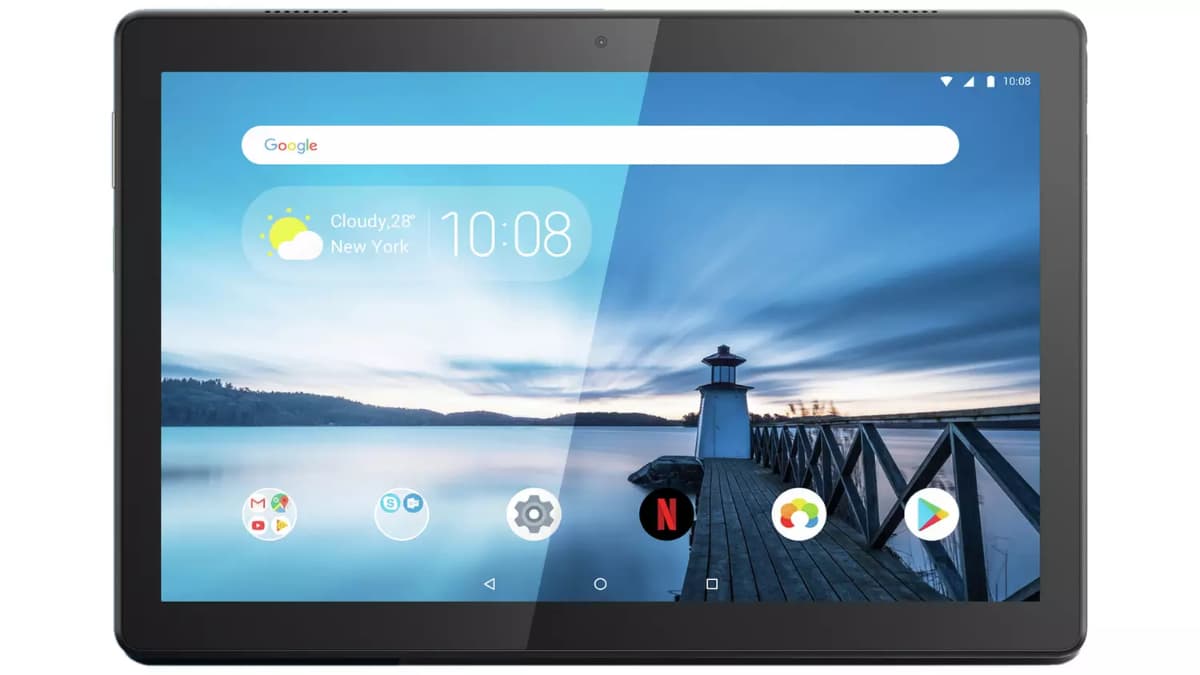 Lenovo has been making tablets for some years. Most of the tablets they make are what I would class as budget tablets. However, they have improved over the years, so don’t necessarily be put off by that.

If you’re after a tablet at a budget price then the Lenovo E10 or M10 may be right for you. The question is, which is the best tablet? Well, that’s exactly what we’ll be looking at now.

So if you’ve got your eyes on one of these tablets, but unsure which one you should buy. Then this comparison of the Lenovo E10 vs M10 tablet is an essential read.

The build quality is important to some but not so to others. The build quality of both these devices is ok. You need to remember that they are budget tablets, so you should not expect too much when it comes to looks.

Both the E10 and M10 come with full plastic bodies, which you’d expect for a tablet in this price range. They look ok, but they’ll definitely not be turning any heads.

So the M10 definitely wins on build quality and this is down to being lighter and slimmer than the E10.

The performance of a tablet is always an important factor. After all, who would knowingly buy a tablet that underperforms.

When it comes to the performance of both tablets the M10 wins hands down. This is because the E10 comes with an entry-level Snapdragon 210 processor, which is capable of speeds of 1.1GHz.

The M10, on the other hand, comes with a mid-range processor, which is used on other tablets costing more than the M10. So you’re definitely getting value for money from the M10 when it comes to performance.

It comes with a Snapdragon 450 processor, which is capable of speeds of up to 1.8 GHz. You’ll definitely see the difference between both the E10 and M10 when it comes to performance alone.

So I’m sure it comes as no surprise that the M10 wins on performance.

The processor is obviously important when it comes to performance. However, the amount of RAM is also an important factor. If you don’t have enough RAM then you’ll notice the performance will suffer.

The E10 comes with 2GB of RAM, which is just about enough RAM if you’ll be surfing the internet and using the occasional app. However, you’ll struggle if you want to use more advanced Android apps and games with this amount of RAM.

I personally would not recommend a tablet with 2GB of RAM unless your budget meant it was not possible to opt for more.

The M10 comes with 3GB of RAM, which is much better for an Android tablet. I would suggest this is the entry-level of what you should be looking for, which you can find out more about by reading how much RAM do I need for an Android Tablet.

When it comes to storage you can get both the E10 and M10 with either 16GB or 32GB, so you cannot really compare the two models. They both offer the same, but I would definitely recommend 32GB over 16GB if you can afford it.

It may cost a little more on the initial purchase but you’ll not regret opting for the extra storage in six months from now. Find out more about how much storage you need on an Android tablet.

Both models offer the same storage, so neither wins on that alone. That being said, the M10 offers 3GB of RAM compared to just 2GB from the E10. So the M10 is definitely the better buy when comparing the amount of RAM available.

I could not think of anything being more important when buying a tablet than the display. The display is what gets you engaged with what’s on the screen, so always checking the display quality is essential.

Lenovo does not have a very good reputation when it comes to displays on previous budget tablets. It appears they’ve realised this because, even though, these displays are nothing to write home about. They are much better than they once were from Lenovo.

Both the E10 and M10 come with a 10.1-inch display and it’s nice to see that both have an IPS panel. An IPS panel makes viewing angles much wider. It’s a drastic improvement compared to previous Lenovo tablets.

The E10 comes with an 800 x 1,280 resolution and a pixel density of 149 ppi. This sadly means you are not getting a full HD display, which is a bit disappointing on a 10-inch tablet.

Although the M10 has a better display. It’s worth noting that neither of these tablets is particularly bright. They will be fine to use in the home or out and about if there is no sun. However, they will both be unusable in direct sunlight.

Both the E10 and M10 comes with the Android Oreo operating system. This is version eight of the Android OS and will be supported for the foreseeable future. So you should have no problems with not getting regular updates and security patches.

The M10 is definitely the better tablet here. It’s relatively similar when it comes to build alone. However, it comes with a much better processor and an extra 1GB of RAM compared to the E10.

The display is also better because it provides True HD. On a tablet with a 10-inch display, you definitely need HD. You can tell the difference between the two from the display alone. This makes the M10 a much better buy.

Obviously it will all come down to your budget. There is not much of a price difference between the two tablets. So I would without question opt for the M10 over the E10 Lenovo tablet if you can afford it.