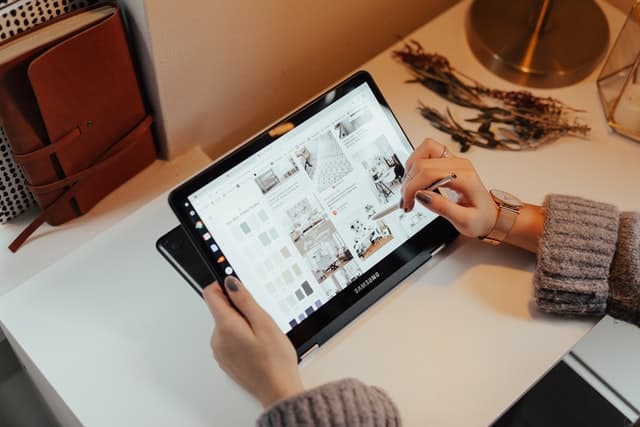 If you own a Chromebook you may already know about the Automatic Update Expiry (AUE) date. All Chromebooks come with one, but I’m not convinced every Chromebook owner knows about it. I’ve previously written about whether the Chromebook AUE date is really that bad. In that article, I discussed why the AUE date exists and that I did not necessarily believe it was such an issue. I still believe this, but I’ve changed my view a little.

The Chromebook has become a lot more popular since I wrote that article, and the issues people have surrounding Chrome OS has also changed. I regularly read comments from online retail stores to see what people have to say about the Chromebook. These comments are really important because if you’re reading these and you don’t know much about the Chromebook. They have the potential to put you off buying a Chrome OS device and opting for something they are more familiar with like a Microsoft Windows laptop.

Luckily, the comments I used to see, which showed the people who were commenting did not understand Chrome OS have reduced dramatically. You still get them, “I can’t use Microsoft Excel” or “It’s rubbish I can’t install any of my programs”. The more common issue around not being able to use MS Office is no longer commented about as much. I guess this shows the general public is becoming more aware of what Chrome OS offers. Also, the fact you can use this software via Android Apps may have reduced such comments.

THE AUE DATE IS NOW CAUSING AN ISSUE

One thing I’ve noticed is that I’m seeing more comments about the AUE Date. In a way, this is a really good thing because it means the people buying Chrome OS devices are becoming more educated about the Chromebook, and what it can offer. The downside is that it’s most likely putting people off buying a Chromebook in the first place. It’s only natural for people to be wary of any new type of technology. Especially for people making the switch from a computer running an operating system they’ve possibly used most of their lives.

Something I’ve noticed a lot when it comes to Chromebooks is how quickly people latch onto issues. When Android Apps became available, which allowed the use of MS office. The subjects talked about on website chat rooms soon turned towards Chrome OS not supporting PC games. This is now something that isn’t a major issue because you can now play a decent selection of PC games on your Chromebook using Nvidia GeForce now. So the next obvious choice is to run down Chrome OS over the AUE date.

THE ARGUMENT FOR HAVING AN AUE DATE

The reason provided for needing an AUE date is to avoid the Chrome OS team having their hands tied when it comes to updating Chrome OS. If the AUE date didn’t exist any update to Chrome OS would need to take into account a laptop running a tenth-generation Intel i7, and at the same time take into account a laptop bought in 2011 running an Intel Celeron processor. To make the operating system compatible with Chromebooks indefinitely. Would without question hinder the Chrome OS team from providing us with the very best Chrome OS has to offer.

This is something that cannot be overlooked. I want to be using an operating system, which is forever updating. New functionality and improvements on the functionality already provided. Also, the operating system needs to ensure it’s 100% secure because this is one of the key selling points for Chrome OS. The idea that this could all be possible whilst still making sure the operating system is fast is a daily challenge. It would be a bigger challenge if the Chrome OS team could never plan ahead and bring out new functionality when a certain processor is no longer supported. This is why the AUE date is necessary.

CHROME OS IS TOO GOOD

I know the headline sounds a little strange, but I need to explain what I mean by this. I’m not for one second suggesting Chrome OS needs to get worse. However, the problem with the AUE date is that Chrome OS is too good. Unlike Microsoft Windows where your computer deteriorates over time. Your Chromebook can perform exactly the same all of the time. It doesn’t matter whether it’s six months old or six years old. You don’t have the issue of the device deteriorating over time. More importantly, it’s the operating system, which does not deteriorate.

This is obviously a great selling point for Chrome OS. The fact your computer will run exactly the same whether you’ve owned it for six months or six years. However, this causes an issue for people who own a Chromebook where the AUE date is about to expire. The latest Chromebooks now come with an AUE date of about eight years. If you owned a laptop running Microsoft Windows for eight years. I can assure you the likelihood that the internals would be able to cope with the operating system after that date is low.

Sure, you could still possibly use the laptop but it would be extremely slow and fulls of bugs. Windows is constantly updated and the games released on Windows are constantly demanding better hardware. I’m talking from experience here. I’ve never owned a Microsoft Windows computer for more than four years. What’s the point, yes, you can still use it but you can’t use all the new software that is available.

The same cannot be said for Chrome OS. Because the operating system is so fast and streamlined. I can see how someone who owns a Chromebook, which is eight years old and still able to use it without issues. Are going to struggle with the idea that they need to buy a new laptop. If their Chromebook is still working like it did the day they bought it, and the OS updates have not rendered the laptop unusable. It stands to sense they may feel a little cheated by the AUE date that exists. This is where the AUE date becomes a problem.

IT’S A HARD ONE TO FIX

Chrome OS has got a reputation as being fast, secure and easy to use. This is something Google will never want to lose sight of. If the AUE Date did not exist they could possibly keep your Chromebook secure. They’d probably struggle with keeping it as fast as it is today. It’s simply impossible for coders to be able to offer new functionality that newer laptops with the latest chips can use. When they’ve still got to consider a laptop running on an Intel Celeron with 2GB of RAM.

There has previously been talk around Chrome OS being separated from the Chrome Browser. This is possibly going to be the right way to go. The idea is that by separating the Chrome Browser from Chrome OS. It would be possible for both pieces of software to receive individual updates. This would mean any Chromebook still inside the AUE date would receive updates to Chrome OS and the browser. If your Chromebook AUE had expired. You would no longer receive Chrome OS updates, but you’d still receive updates to the browser. Allowing you to still surf the internet securely.

This sounds to me like a good compromise. I don’t think anyone who owns a laptop, which is more than eight years old. Can seriously expect to still receive updates to an operating system, which is wanting to continually improve. If they are separated it would allow the Chrome OS team to still offer great new functionality to the OS.

UNTIL THE AUE DATE IS ADDRESSED

Although I am more in favour of the AUE date because I understand why it exists. I am concerned it has the potential to put people off Chrome OS. How many people have decided to buy a new laptop and have heard from friends or TV adverts about the Chromebook? I’d say a lot more than was the case a few years ago. Some of these people will go and do some research to understand what Chrome OS is all about. However, a vast majority of people don’t do that. They need a new laptop and they go out and buy one.

Buying a Chromebook and not knowing anything about the AUE date is a disaster waiting to happen. Maybe they were influenced by the salesperson who convinced them to stop what they were looking at. You can imagine it “I would not pay that much when I’ve got one over here at a much cheaper price”. Why wouldn’t someone who does no research into laptops go for the cheaper option? Two years later they get a message when booting up their laptop that updates will stop in the next few months. This is what happens because I’ve kept my Toshiba Chromebook 2 just to see what actually happens once the AUE date ends.

Is that person who doesn’t do any research going to be happy. Will they blame the retailer? Unlikely, they will just assume this is standard for Chrome OS. How likely would they then go out and buy another Chrome OS device?. Worst still, how likely would they comment about this to their friends and family? This is a disaster waiting to happen for Chrome OS. I think Google needs to address this before too many Chromebooks start reaching their AUE Dates.

8 thoughts on “Is the Chromebook AUE date a major issue for Chrome OS?”