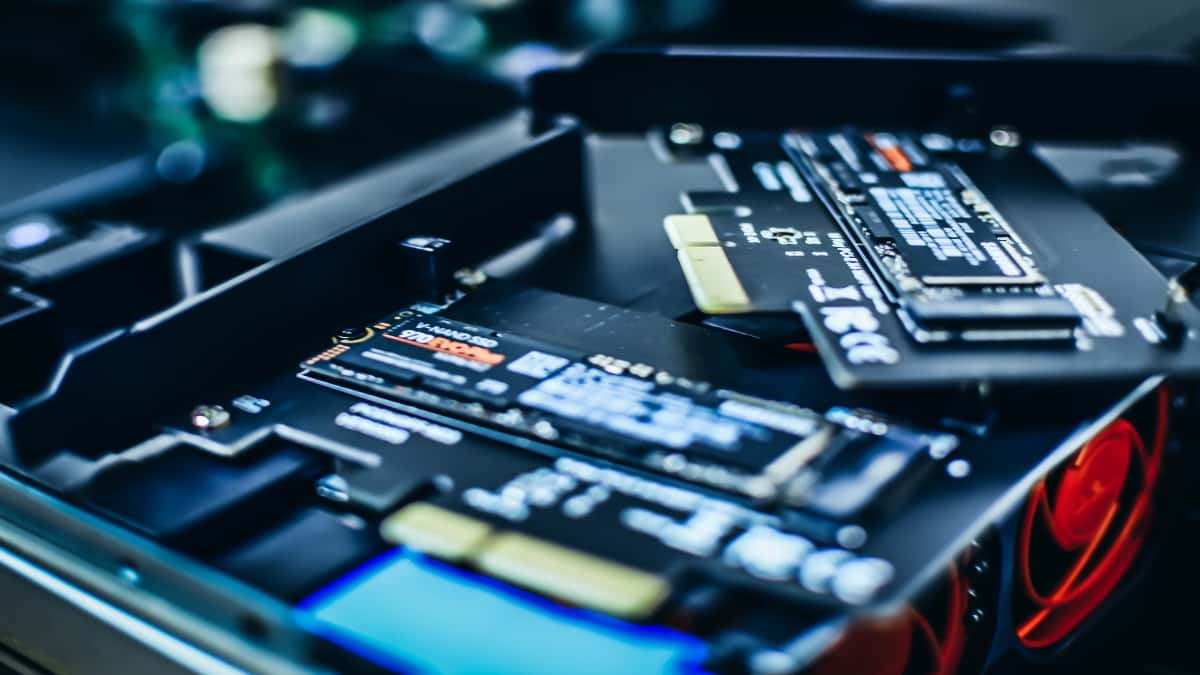 Rewind to May 2011 and we saw the birth of the Chromebook. There is no denying what made the Chromebook get in those first few years was the price. There were so many nonbelievers when it came to Chrome OS, so the cheap price point was a saviour for the Chromebook back then. Fast forward to 2021 and the Chromebook has taken off in a huge way. The quarter four result for 2020 with a 287% increase in sales shows us just that.

Most Chromebooks use eMMC storage. This is perfectly fine if you’re buying a budget Chromebook. However, I think we need to start seeing more medium-spec Chromebooks offering SSD. I find it difficult to accept when I see manufacturers offer us something, which simply isn’t worth the price. A classic example of this was the Asus C436. At £999/$999 it was well overpriced for what it offered. If Asus offered us SSD storage for that price. I would have found the retail price more bearable. The good news is you can now get your hands on the Asus C436 for far less.

eMMC storage is what you’ll find in most Chromebooks. Some of the more expensive high-spec devices come with SSD. All of the budget Chromebooks come with eMMC and I don’t think we need to see that change. However, some of the higher-priced medium-spec Chromebooks should be offering more than what they do at the moment. Sure, it may cost a little extra to buy, but I’m sure people would be happy with that if better storage was offered.

Although eMMC works perfectly well. It’s very similar to SD card storage. There isn’t anything wrong with SD storage, but you’ll know it’s much slower than eMMC. The same problem exists when comparing eMMC to SSD. A Solid State Drive (SSD) offers much faster speeds than eMMC. This isn’t really an issue when transferring small amounts of data. In these circumstances, you should not see too much of a difference. When SSD really stands out compared to eMMC is when you’re dealing with larger file sizes.

I record a lot of videos on my Chromebox and these files sizes are pretty big. I’m sure there are a lot of people using Chromebooks who also deal with large file sizes on a daily basis. The more popular the Chromebook becomes. The more people will want to do what they’d previously had done on a Microsoft Windows computer. Sure, for internet surfing, social media and Android Apps. eMMC storage will work just fine.

If you want to use your Chromebook for video recording and using Linux Apps. Then having SSD storage will be a huge advantage. Hopefully, we’ll start to see SSD storage offered more widely in the future. It’s what we need. It’s certainly is what is needed to move away from the idea that Chromebooks are just cheaper inferior laptops.

THE CHROMEBOOK NEEDS TO APPEAL TO EVERYONE

In the last couple of years, we’ve seen a huge number of medium-spec and high-spec Chromebooks released. Luckily, at the same time, we’ve also seen manufacturers still releasing some really good budget Chromebooks. However, when it comes to medium-spec and high-spec devices. There is only so much offering a fast processor, plenty of RAM and storage is going to excite new people to Chrome OS.

The display is obviously important and a Chromebook offering something exceptional in this area is always good to see. That being said, we’ve seen if you go too far with this it can cause issues with the battery life. I’m talking about the Samsung Galaxy Chromebook. The Samsung Galaxy Chromebook did offer SSD, which was great to see. The issue is that most of the other manufacturers are still offering cheap eMMC on Chromebooks that don’t come with a cheap price tag.

I think this needs to change. We are coming up to the tenth birthday of Chrome OS. It’s time the manufacturers started offering more than what we’ve seen in the last couple of years. The excitement of high performing Chromebooks with great displays is great. However, the other internals inside the laptop needs to be considered as well.