How much storage do you need for your Chromebook in 2021 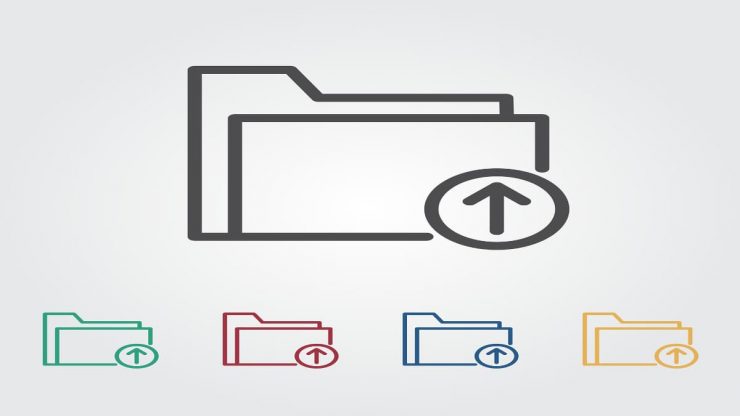 One of the first things you need to realise is that a Chromebook is a cloud-based computer. This is the main reason why you’ll never see a Chrome OS device with a hard disk that is in the terabytes (TB). It simply isn’t needed. Find out more about why a Chromebook is a cloud computing device and what it means. Unlike traditional computers where you install programs locally. The Chromebook runs most of the programs you’ll use in the cloud, which dramatically reduces the amount of storage you’ll need locally. That being said, you can install Android Apps and Linux Apps on most Chromebooks and Chromebox computers. These apps do take up local storage space, which is one of the reasons why we’ve seen devices with more storage released in the last couple of years.

The amount of storage you’ll need depends on what tasks you’ll be carrying out on your computer. It’s not a one size fits all approach when it comes to the amount of storage needed. Therefore, it’s important to understand how much storage you’ll need to avoid getting too little or too much. Remember, the more storage your computer comes with, the more likely it will cost you more to buy. So it’s a good idea to know how much you’ll need before choosing your next Chrome OS computer.

WHAT IS THE MINIMUM STORAGE FOR A CHROMEBOOK

Only consider buying a Chromebook with 32 GB if you do not intend on using Linux Apps. Linux Apps are still in Beta mode, so they are not used to a huge extent at the moment. This may change in the future, but for now, they are not considered advanced enough for the majority of owners to see them as essential. If you’ve already decided Linux Apps is not something you’re interested in. Then the only other thing you need to consider is Android Apps.

Android Apps are a great addition to the Chromebook. If you’ve ever owned an Android phone you’ll most likely be aware of what these apps are capable of. You’ll find thousands of apps available, so it’s unlikely you wouldn’t find something that could advance your Chrome OS experience. If you will be using Android Apps then you’ll be able to install a few with 32 GB without too many issues. However, 32 GB isn’t a huge amount storage, so don’t expect to install plenty of Android Apps without running out of storage. Find out how much RAM you need for a Chromebook.

If you’re buying a computer to mainly surf the internet, use social media, stream HD movies and play the occasional Android App game. Then buying a Chromebook with 32 GB will be fine. However, you need to remember Android Apps can only be installed on your local storage. This means if you run out of local storage you’ll have to either delete apps you no longer use or clean out any unwanted files in your downloads folder. Watch my video about five ways to clean up your Chromebook storage.

RECOMMENDED AMOUNT OF STORAGE FOR YOUR CHROMEBOOK

The ideal amount of storage for most people in 2021 is 64 GB. This is more than enough for the majority of users. You’ll easily be able to install plenty of Android Apps and still have plenty of storage left over to store files locally. That being said, I would strongly advise not storing files locally where possible. It’s a much better idea to store files in the cloud using Google Drive. Doing this not only means you’ll have more space for Android Apps. You’ll also be keeping your files safe, and they’ll be available even if you lose or damage your Chromebook device.

Although you can get Chromebooks with more than 64 GB. It does not mean you should be buying more if you don’t need it. I use a Chromebox on a daily basis for this website. I’ve got files stored locally, which I would avoid where possible, and I’ve plenty of Android Apps installed. 10 GB of my storage has been allocated to Linux and I still have a lot of storage space left over.

If you intend to use your Chromebook to take full advantage of what Linux Apps can offer. Then you may want to consider buying a Chromebook with 128 GB of storage. It’s not essential because you can install plenty of Linux Apps with 64 GB of storage. However, if Linux Apps is something you use a lot and you want to install a lot of these apps. Then having access to the extra storage is a good idea. You need to remember when you start looking at Chromebooks with 128 GB of storage. The price of these devices tends to cost a lot more because they usually also offer much better processing specs as well.

If you’re not looking to use Linux Apps to a massive extent. Then 128 GB of storage is huge for Chrome OS. Even if you were intending on installing a wide range of Android Apps. I think you’d struggle to run out of storage with a Chromebook that has 128 GB. However, you may like to store files locally, even with the risks this brings. If you do, then buying a Chromebook with 128 GB of storage may be the right choice for some.

A CHROMEBOOK WITH MORE THAN 128 GB OF STORAGE

You’ll not find many Chromebooks that come with more than 128 GB of storage. That being said, you will find a few that come with 256 GB of storage. Personally, I don’t see any reason why you would need this amount of storage for a Chrome OS computer. Even if you were intending of installing plenty of Android Apps and Linux Apps. You would still have a lot of space leftover.

I would only choose this amount of storage if it was the standard option. What I mean by that is, if you have your eyes on a specific Chromebook and you want the Intel i7 model, and this model comes with 256 GB as standard. There is one reason though why you may want to consider a Chromebook with 256 GB, and that is Linux Apps. If we see more apps come available in the future, such as Steam, then it makes sense you’d need the extra storage to install games.

We are most likely at a stage where we may start seeing more Linux Apps, and if it includes a Steam App. Then I for one would possibly be installing a lot of games locally. If we did get to this stage I’d possibly be on the lookout for more local storage. So I would not dismiss 256 GB if you’re thinking about the future of what Linux Apps might bring to the table.