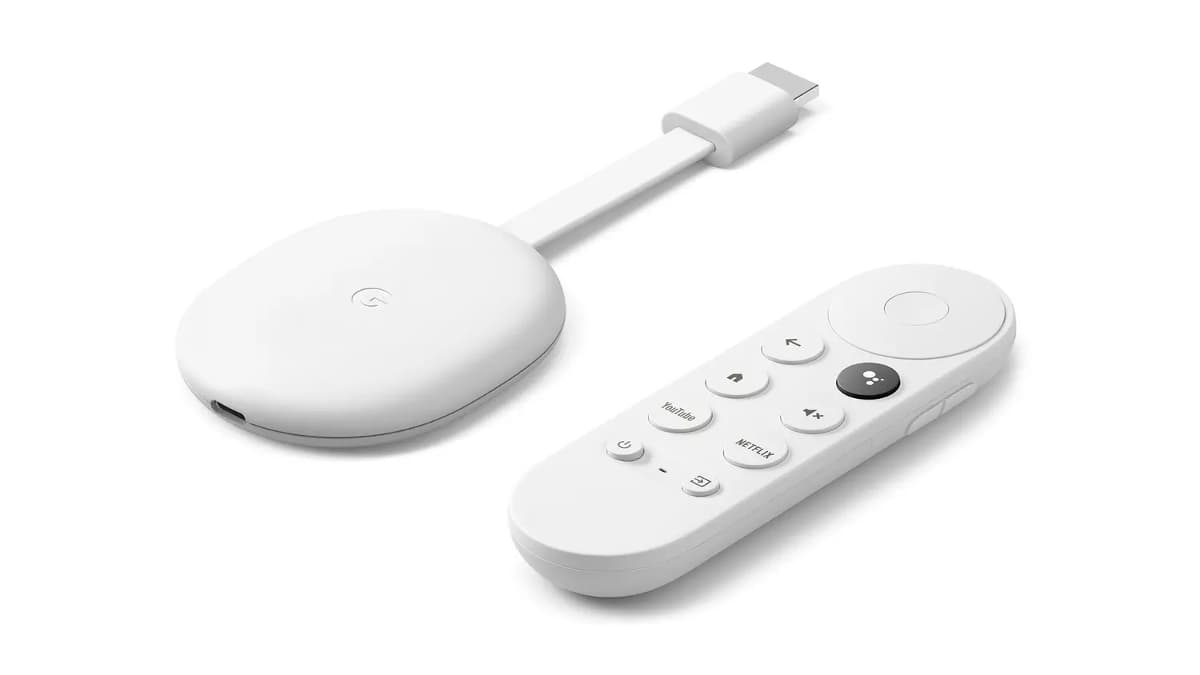 If you have an old TV in your bedroom and are considering an upgrade because it doesn’t offer the features you need. You should think about buying a Google TV Chromecast before shelling out on a brand-new TV.

A Google TV Chromecast sells in the UK for £59.99, which may sound expensive, but you get a lot of features for the price. The good news is Google has just released a newer model, which costs just £34.99. If you’re on a tight budget that price difference makes a difference.

I bought Google TV when it was first released a couple of years ago for £59.99. The original model is capable of streaming up to 4K, so if you own a 4K TV that’s the model to buy. However, if you own a TV capable of Full HD, you can save some money and get your hands on the latest Google TV at a much cheaper price.

What is Google TV?

If you’ve never heard of Google TV before the first thing to say is it’s not a TV. It’s a Chromecast device, which you simply plug into one of your available HDMI ports on your TV. Google TV is a much better option than the older Chromecast devices before it.

This is because it comes with a remote control, which you can use to navigate the menu and find the programmes you want to watch. This really changes how you use the device compared to a traditional Chromecast. It’s much easier, slicker and very similar to using a media box you get with Virgin Media and other broadband providers.

I’ve always owned Chromecast devices, but I did find it frustrating having to cast programmes from my mobile phone. It also meant I had to use my mobile phone to pause, rewind or change the programme I was watching. The new Google TV, which comes with a remote control removes all of that frustration, and it’s far more stable.

All you need is a WiFi connection

The great thing about Google TV is that you only need a WiFi connection and a TV with an HDMI port to use it. This means you can get access to thousands of hours of TV without having to pay for a TV package from providers such as Virgin Media or BT. This can offer big savings for a household, as it’s much cheaper to buy a Broadband package than a Broadband and TV package combined.

You may have a TV package but only have the media box in your living room, and you would like to get access to similar media in your bedroom. If you don’t have a Smart TV in your bedroom or it simply isn’t a very good experience using the Smart TV function. Buying a Google TV is a cheap way to upgrade your TV.

This is exactly what I’ve done for my bedroom. I have a Google TV 4K for my living room, however, I’ve decided to opt for the HD model in the bedroom to save some money. The two models are exactly the same, the only difference is one is capable of 4K and the other HD. All of the other features work the same.

Google TV – USA vs the UK for Live TV

Google TV works slightly differently depending on where you live. For example, in the USA you get access to live TV channels, which is something not available in the UK. However, there is still a way to watch live TV in the UK, which can be done by downloading the apps on your Google TV for each TV channel.

The BBC iPlayer, ITV Hub, and My 5 apps all allow you to watch live. At the moment there isn’t an option for a Channel 4 app, but you can still cast Channel 4 using the conventional casting method from another device such as your phone.

If you have a Netflix, Disney or Amazon Prime Video you can also download the apps for these, which will give you instant access to the media provided by these different services.

What I love about Google TV is the homepage provides recommendations of what to watch. So you’ll see recommendations to watch a programme from BBC iPlayer or to watch a film on Amazon Prime Video. It’s a fantastically interactive experience and is far quicker and slicker than using Virgin Media or Sky TV.

Therefore, if you have an old TV in your home and are looking for a cheap way to upgrade it. I’d recommend taking a look at Google TV. You can find out more and buy Google TV directly from Google, which includes free delivery.