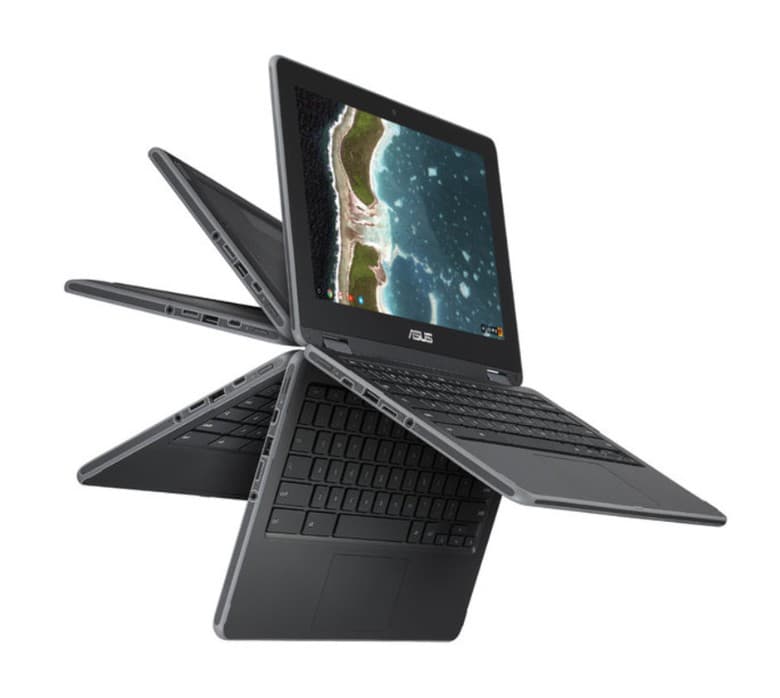 It’s Christmas Eve 2019 and I’m on the train heading home. The dog is asleep on the floor and I’ve got a couple of hours before my next connection. So I thought it was a great time to write about something that I’ve been thinking about a lot lately. Do Hybrid Chromebooks have a future?

So why has this question been on my mind? Well, for the last six months whilst reviewing the latest Chromebooks; whether it was a Hybrid device became less of an issue for me. Previously, if it was not a Hybrid and not considered a budget Chromebook I was not impressed.

The reason why I became less concerned about whether a Chromebook had 2-in-1 capabilities was that I could count the number of times I’ve used my own Chromebook as a tablet on one hand.

We need to remember it was Android Apps that saw the creation of Hybrid Chromebooks. Before then, most Chromebooks came as a standard laptop. However, Android Apps did not work too well without a touchscreen device.

Sure, the idea of having a laptop that can be used as a tablet is attractive. The problem is, in reality, most Chromebooks in tablet mode are big and bulky and uncomfortable to use. So what is our fascination with the Hybrid Chromebook?

Over the Christmas period, I did spend more time using my Chromebook for pleasure. I downloaded a lot of Android Apps games. These games work best if you are using a touchscreen device. If you’re using an app for a short amount of time, using it in laptop mode with a touchscreen display works fine.

I did notice, especially for Android games, it was much nicer to use these games in tablet mode. Having the ability to not have the keyboard in the way of you and the touchscreen did make me feel more engaged.

The best thing about Hybrid Chromebooks is not the ability to use it as a tablet, but the ability to use the device in tent mode. This created a lot of flexibility and it allows you to adjust the display to fit your seating position. I noticed this a lot when sitting on my sofa. I noticed it, even more, when I was on a train for a couple of hours.

So I’ve changed my opinion a little on whether a Hybrid Chromebook is still an important factor when buying a new Chromebook. It certainly is but I do feel it depends a lot on what you do on a daily basis.

ARE HYBRID CHROMEBOOKS THE FUTURE

This is where it gets a little difficult. Although I appreciate why a Hybrid Chromebook can be beneficial. I’m still not convinced I would not buy a device if it did not have the Hybrid functionality.

You definitely need to ensure any Chromebook you buy in 2020 comes with a touchscreen display. I’m not too sure whether a Hybrid is an absolute necessity.

The latest Chromebook from Google ‘The Pixelbook Go’ received a warm reception when originally launched. The first issue most had was the lack of Hybrid functionality. Is this a sign from Google that Hybrid Chromebooks may not have a future?

Well, at the moment I don’t necessarily think this is the case. Google wanted to launch a Chromebook that took up as little footprint as possible. It also wanted a device that weighed very little. This is most likely the main reason why Google decided to opt for a laptop only device.

It’s unlikely other manufacturers will be dropping the Hybrid setup any time soon. Time will only tell if the Hybrid has a future for Chromebook devices.