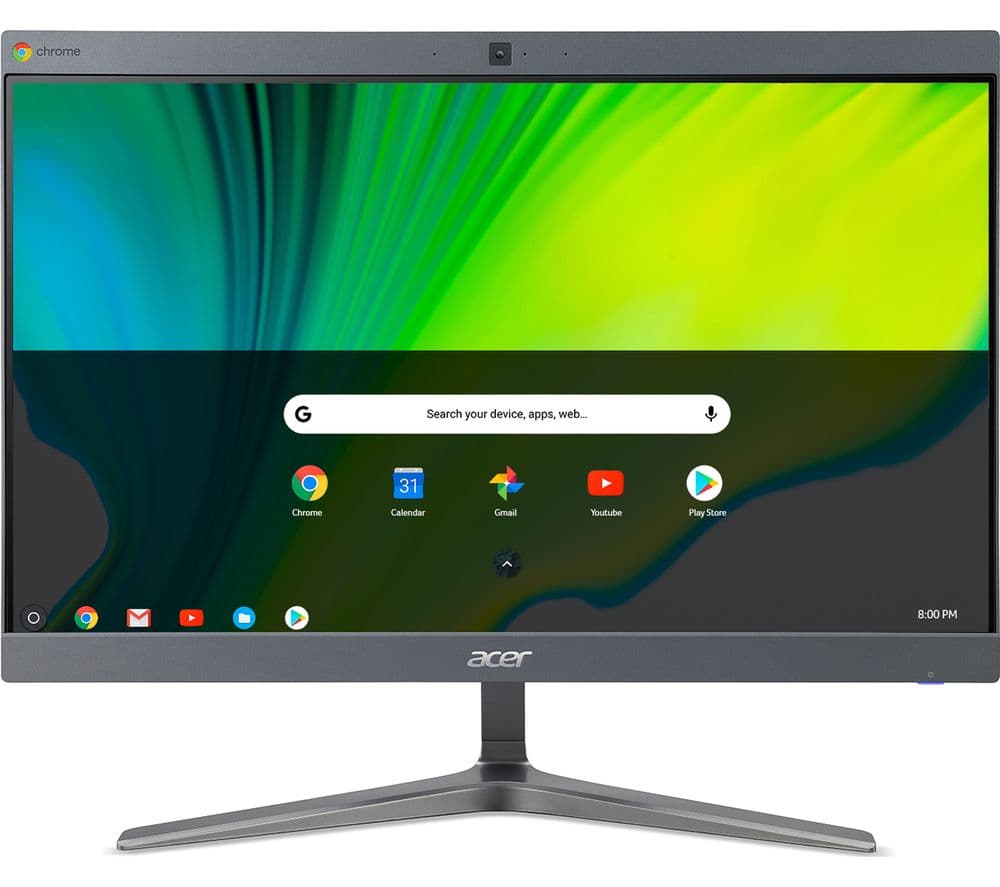 Believe it or not, the Chromebase isn’t a new concept. They have been around for a few years but they never really got any traction. I think one of the main reasons for this is because Chrome OS is relatively new, and all the attention was on the Chromebook. Another major factor was they looked so awful a few years ago. They looked like something you would buy a five-year-old. They looked so cheap and tacky you wouldn’t mind if they were damaged by any younger people in your household.

That has changed though thanks to the launch of the Acer Chromebase 23.8-inch All-in-One computer. It runs Chrome OS exactly the same as it works on the Chromebook. The difference is you’re getting the whole package as a desktop computer. This latest model by Acer looks great. It’s definitely something I’d be happy having on my desk at home. When it comes to the Chromebase, gone are the days of having a cheap-looking computer on your desk.

The Chromebase is perfect for any who likes a minimalist look. This is achieved by the display also containing all the computer components. Very similar to an Apple iMac. This means a lot less space is taken up on your desk, which means it’s also perfect if you have very little room to play with. It comes with a touchscreen display and considering the price it’s an absolute bargain. This is because a touchscreen 23.8-inch display without a computer inside would cost at least £400.

Chrome OS is an incredibly lightweight operating system, so you don’t need a powerful processor for it to perform. The Intel i3 eight-generation processor is by no means a budget processor, so this computer will perform even the most demanding of tasks. This is helped by the 8GB of RAM, which is more than enough to carry out any task on a computer running Chrome OS. Find out more about how much RAM you need for your Chrome OS computer in 2021.

The storage is more than enough with a huge 128 GB of local storage. The Chromebase will use more storage than it would have a few years ago. This is because you can now install Android Apps, which use up your local storage space. However, even if you install plenty of Android Apps you’ll have plenty of space left over for storing files locally. Storing files locally isn’t recommended though, as you’ll keep your files more secure if you save them to the cloud. Chrome OS works seamlessly with the cloud, so you should take advantage of this. If you’re unsure how much storage you’ll need. Have a read of how much storage do I need for my Chrome OS computer in 2021.

We’ve established the Acer Chromebase can definitely perform. However, there is no point in having a computer with great performance if the display doesn’t match. Well, you don’t need to worry on that front because the Chromebase from Acer comes with a Full HD resolution of 1,920 by 1,080. The touchscreen display with Full HD will make using Android apps an absolute pleasure.

If you’ve ever owned a cheap laptop with a poor display. This would have been down to the display panel. The Acer Chromebase uses an IPS panel, which not only means viewing at any angle will not deteriorate the quality of the image. An IPS panel also makes images stand out because colours on an IPS panel are more vivid than what you’d find on a cheaper panel.

IS THE ACER CHROMEBASE RIGHT FOR YOU?

This all depends on your needs. If you’re looking for a desktop computer and like to have a minimalist looking office. Then the Acer Chromebase is definitely worth considering. One of the big advantages is getting a touchscreen display at this size for the cost. Touchscreen displays are fantastic with the Chrome OS operating system. You’d normally only find them on a laptop, so seeing a touchscreen on a Chrome OS desktop computer is a really attractive reason for considering the Chromebase.

If I was replacing my Asus Chromebox 3. Then I’d definitely give the Acer Chromebase a lot of consideration. This is because the specs are perfect for what you’ll need now and in the future. It looks great, which is a big plus, and I would just love using such a large touchscreen display when using Android Apps.