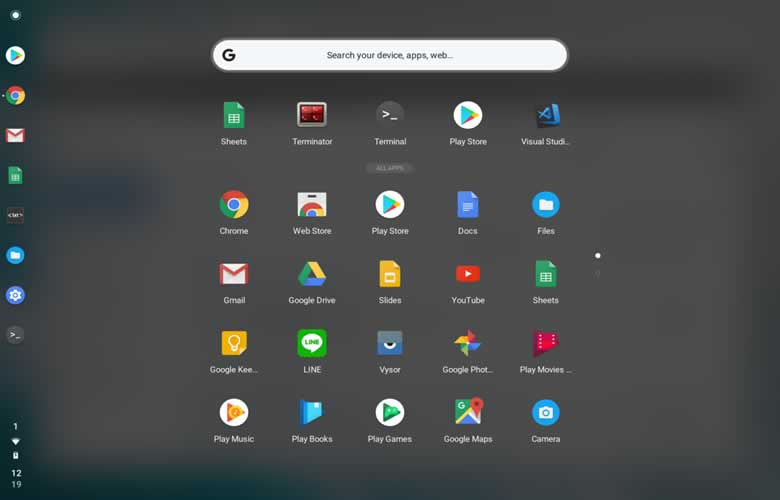 ChromeOS running on tablets has been a rumour that has had the Android community in pieces for some time now. It’s looking more likely the future of Google-driven tablets will eventually run on ChromeOS. However, there is still a long way to go before this happens because there are still a lot of tablets being launched with the Android operating system.

The future of ChromeOS running on tablets

Nobody expected the Acer Chromebook Tab 10 to be released to critical acclaim, after all, it’s the first tablet released running ChromeOS. It does, however, show what Google’s intentions are for future tablets. ChromeOS has seen big changes over the last year and anyone using a Chromebook would have seen that.

This makes sense being that most Chromebooks are now convertible and can be used as a laptop or tablet. Anyone who uses a Chromebook as a tablet will know it’s still got a long way to go before it can match a tablet running on Android.

The launch of the Pixelbook and other recent Chromebooks that convert into a tablet means the ChromeOS needs to change. It’s no longer aimed at using a Chromebook in laptop mode, to succeed it needs to work in both modes seamlessly.

This is great news for the Chromebook because it shows this is the direction Google is heading in. If it works out right, it will mean Chromebooks and tablets will work from the same operating system. This will be great for developers because they will only need to develop apps to work on ChromeOS. It’s also great news for the users of Chromebooks and Android tablets because ChromeOS has the ability to rival Mac when it comes to mobile computing.